A new shooter for the European market 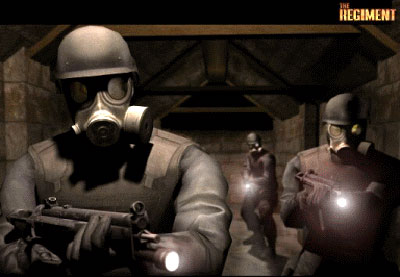 I remember being a school kid, down the local Youth Club, back in 1980. There had been news reports all that week, about a Terrorist siege at the Iranian Embassy in London. Me and some friends were gathered around the Pool table playing a few games, when suddenly we all stopped, as we all heard on the Youth Clubs television set, “We interrupt this program to show some live news unfolding at the Iranian Embassy siege in London”. The program then changed to a reporter saying, that shadowy black figures had been spotted on the rooftop. The next thing we saw, were these guys absailing down from the roof to the balcony, then explosions at the windows and gunshots, the rest is well known. This was the first time I’d ever seen the SAS Regiment in action. As a typical kid interested in war comics, etc. I had read about the SAS Regiment in its clandestine, wartime commando type operational role, and their motto “Who Dares, Wins”. However seeing these black clad figures on the TV, who wore respirator gas masks and carried futuristic looking guns was something else to behold, they looked to me like some kinda Star Wars dark menacing bunch of Stormtroopers (I was a kid remember). I was all the more excited about the SAS Regiment. In fact I was that excited by what I had just seen, that I ran the 2 miles back home to tell the family what had just taken place. My interest and love affair with wanting to find out more about the SAS Regiment was born.

I’ve been a computer gamer since 1982 and over the years, a certain title was released called Rainbow-6. At last a game where I could pretend to be like one of my SAS heroes and I played the hell out of it. Then Rogue Spear came along and I started to play it online with a few mates. We had a great time, but there was something that just didn’t add up. The amount of time it took to assault a building. I used to always think, that a bunch of desperate terrorists would have by now executed all their hostages, in the time it’s taken us to follow these assault plans. But hey it’s a computer game, it isn’t real life, I told myself. As well as the R6 series, I’ve also played the SWAT series and some other Tom Clancy namesake games. Let’s cut to 2006.

I heard about a new PC tactical shooter title called The Regiment that was going to be released. As I inquired further I was thrilled to read that is was about the SAS Regiment. After reading disappointing reviews about the new Rainbow-6 title, Lockdown. I was determined that I was going to buy the Regiment. I did have some doubts, as I thought, it’ll probably be as bad as what everyone is saying about the new R6 title. But I thought, what the hell, it’s about the SAS Regiment, I’m still going to buy it (that school kid awe and admiration for the SAS Regiment still exists deep down). I reserved a copy at my local store, and on the day of release I hightailed it down to the shop and handed over my cash.

The game is published by Konami of Europe, and is on DVD format. Installation was pretty much straightforward, the standard stuff that you now see with all titles. There was even a patch available on the day of release (Incidentally, my keen eyes saw an online server, testing a new beta patch, so it looks like there’s more patches on the way). Once installed the first port of call was the Options section of the game. Under Video options you have various settings for Texture detail, Vsync, Anisotropic Filtering, etc. Under the Sound options you have the ability to select Hardware or Software driven for your type of sound-card, and whether or not you would like to enable EAX. Finally there’s a section for adjusting your controls, e.g. Mouse settings and the remapping of Keys. 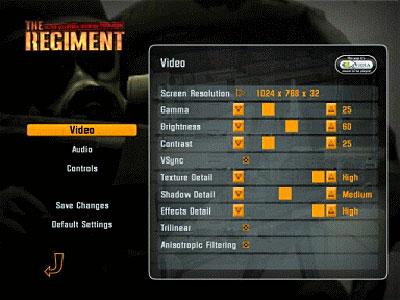 The game is based on a modified version of the Unreal Tournament engine, and features ‘Karma’ physics (whatever the hell they are?). My systems is by no means, a state of the art system. I run a Win XP pro, P4 2.7GHz, 1GB of second hand RAM, a Radeon 9800PRO with an old Sound blaster Live sound-card system. My Internet connection is ADSL with a 256 upload and a 2 Mb download speed. With this piece of junk I can happily run The Regiment on all its default settings with very acceptable frame rates. The game offers two modes of play. The in-game recommended is ‘Simulation’ mode, this is the mode that most SimHQ readers will want to use. Simulation mode is more realistic than what you would see in Raven Shield or SWAT4. You don’t get any cross-hairs (you have to rely on Iron sights), you don’t get any ammo counters. What you do get is an indicator of the number of Magazines you have (not what’s in them), a mission timer and a display portraying your current health, that’s it. Weapon recoil and body shots are also modeled. 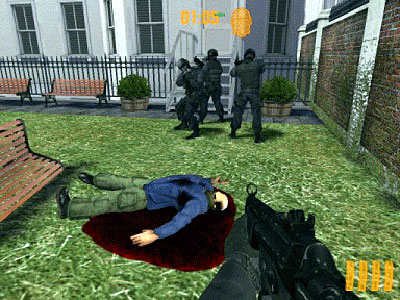 In Arcade mode, you do get cross-hairs, ammo counters, a sprint meter (similar to BF2), and health displays for all your team. In Arcade mode, the enemy doesn’t react as fast, and you can also take more hits from them. I’ll be perfectly honest and say that the only time I’ve tried arcade mode is when I’ve mistakenly joined a COOP server and they’ve used those settings. As you can imagine I don’t stay very long.

The control of your AI team mates is very limited. It works in a fashion that will be familiar to Rainbow or SWAT players. You can walk up to a door and tell the AI to Assault, or you can tell them to wait until you’ve thrown in a Flash and it’s gone off, before they assault (that’s pretty much it). With hostages, you can order them to the floor, if they resist you can punch them with your fist until they comply. Once on the floor you can handcuff them and tell them to follow you or wait. 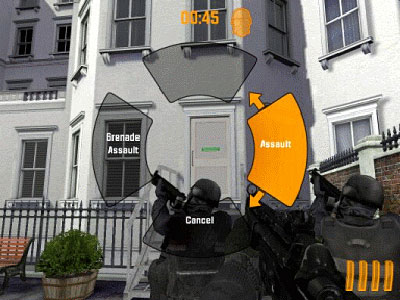