Cornered Rat Software could now be called Dig Out of Hole Software after the redevelopment of their World War Two Online game to the very playable Battleground Europe, a large scale, combined arms combat simulation and online role playing game.

World War Two Online (known mostly as WW2OL), released five years ago, was an ambitious but highly flawed title that received a lot of well deserved criticism for a multitude of shortcomings. Released initially by Strategy First, it was considered one of the biggest disappointments of 2000. I won’t go into a blow by blow description of the problems with the original game. Most who went out and bought the game will remember the fiasco that wasWW2OL: it took forever to load, crashed often, was missing a large number of promised features, and initially limited access to the server to play. The game was a mess and the fallout was intense. Many people who paid full price for the game quit after the initial free period and vowed never to return.

Since that time CRS has worked to repair the damage caused by the early release of the game. Most of the initial instability problems have been resolved over time, servers improved and load times decreased. The developers added aircraft, weapons and infantry positions and tried very hard to eliminate some of the earlier mismatches players found such as tanks that were virtually immune to any infantry weapons.

The game takes place on a ½ scale rendering of the entire northern portion of the European continent. This is by far the most ambitious attempt ever made in any game. Parts of Germany, Belgium, France and England are rendered in a monstrous scale. Unlike other games you don’t just fight on individual maps. It is virtually possible to drive from Western Germany to the middle of France in the game. If you load up one of the trucks in the game you can literally do this using the roads. The scale is immense.

In addition CRS has added as many of the major weapons systems found during the time period as possible. This truly is an attempt at what is a real combined arms combat simulation. Battleground Europe is an attempt to actually recreate, in real time, a full scale war. How well they do it will be reviewed.

GMX Media is the new publisher and is now releasing the redeveloped game as Battleground Europe. The hope is that time, and maybe a name change, will help to lessen some of the ill feelings that surrounded the first version of the game and hopefully the expectation a lot of players had for the earlier game will be realized inBattleground Europe. 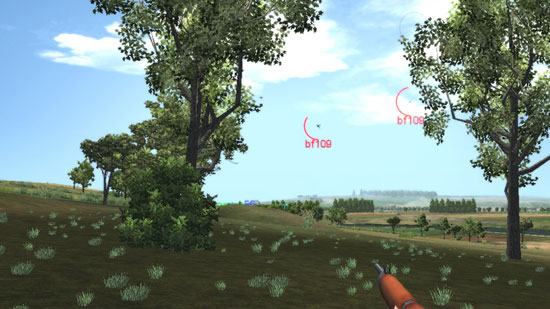 Basis for the Game

A true, living WW2 battlefield has been a dream of many gamers in several genres. In the past, the most people could expect was either a flight simulation like Warbirds or Aces High with massive multiplayer ability or a FPS style game like Battlefront 1942 or Medal of Honor which had limited online capability. As the online capabilities of games matured, the idea behind a massive multiplayer game covering air, land and sea battles during the Second World War seemed more feasible.

Still, there is a reason as to why WW2 Online/Battleground Europe is the only game to truly try to encompass the combined arms approach to an entire battlefield area. While the idea is a good one, the execution requires a lot of time, a lot of money and a lot of patience. The overall online market still seems to be relatively small for WW2 games. Producing a development time intensive game like this one for a small sector of the gaming market is a major risk.

Battleground Europe tries to simulate the fight that took place on the northern European portion of the continent between 1940 through a possible fictional 1943. As most people know that after the period in early 1940 known as the ‘Phony War’, the Wehrmacht broke through Belgium via the Ardennes, splitting the British Expeditiary Force from the French Army and driving to the English Channel. By August the French Army was finished and the government of France surrendered to the Germans. What Germany wasn’t able to do in four years during WW1 they accomplished in a little over eight weeks in 1940.

The concept behind WW2OL/Battleground Europe is to explore what could have happened if the British and French armies had been able to hold back the Germans. The fight was never really that certain, despite the apparent rout. Although the Germans trounced the French and British in 1940, in reality the two armies were not all that mismatched. In some respects the British and French had an advantage in quality of equipment. Still, the plan and the leadership of Heinz Guderian and the superb quality of the German soldier carried the day. 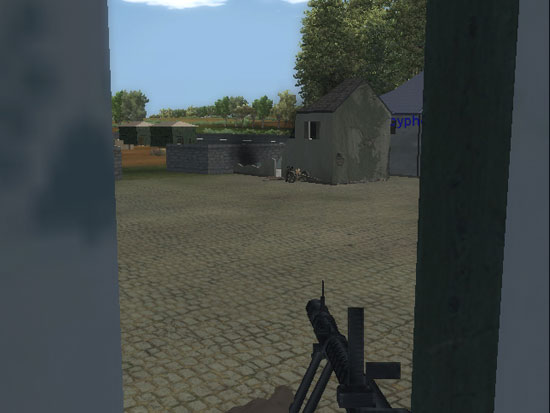