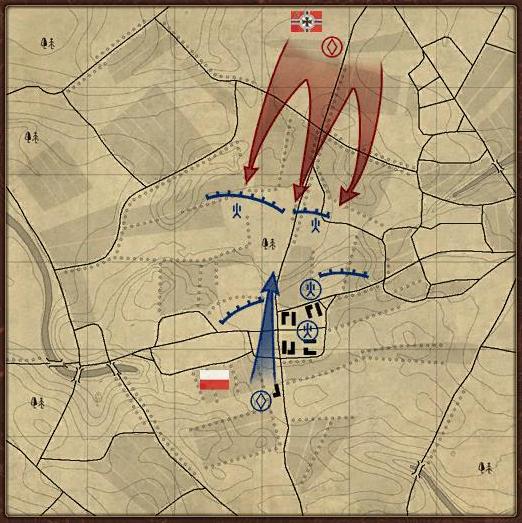 September 1st, 1939. The Second World War is about to begin as German troops cross the border into Poland and overrun the defenses. Our task force is part of the initial push into Poland and has been given the mission to secure a small village located not far behind the Polish-German border. The positions have been thoroughly scouted and air and artillery support will be available in large numbers.

The Poles have established a forward trench line blocking the approaches to the hamlet, then another trench line in rear slope defensive positions closer to the village itself. Guns have been spotted inside the village, and an armored reserve of various kinds of tanks is reported in the area as well, which will be used for counterattack without a doubt. 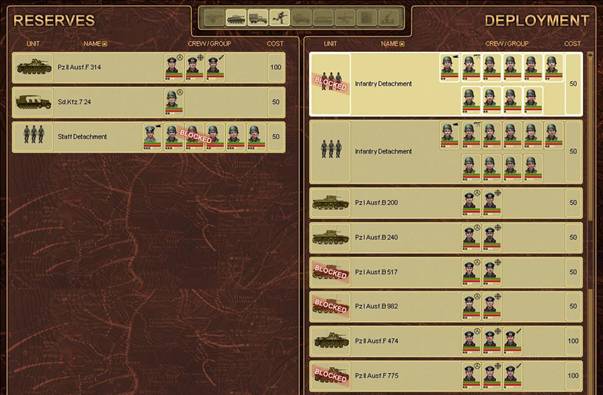 As we’re approaching the objective, a group of bombers thunders overhead in the same direction. They will send the enemy some nice greetings right before we launch our attack! 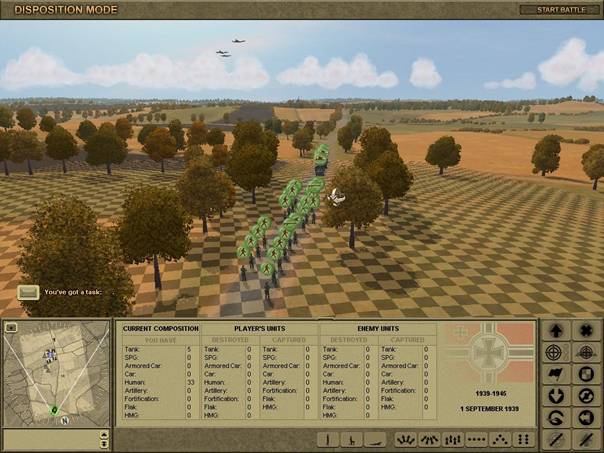 A first glance at the approaches reveals pretty open terrain on the right hand side leading up to the ridge behind which lies or target, that little border village, marked with a 1 on the small overview map above. Only some brush and high grass there to cover the approaches, so the CO decides to concentrate the infantry on the left side under covering fire of 3 of the 5 tanks, while two of the tanks will take position in cover of some brush on the right hand side to pin the defenders there and prevent them from moving laterally to reinforce the left (their right) flank, which will be our main point of attack. 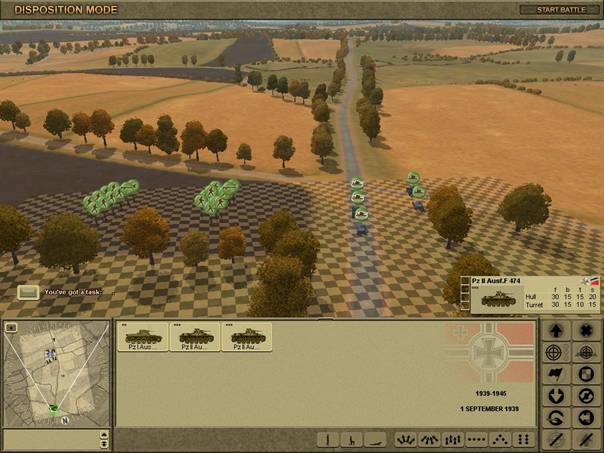 In the assembly area, the two infantry groups are given the order to move forward in line formation to the line of brush and trees about halfway to the objective, while the tanks form up in line behind them, covering their approach with fire. Meanwhile, the two remaining tanks are to move laterally to the adjacent field and line up there and advance cautiously to the first line of brush, ensuring to pin the defenders there. The terrain is pretty open so ambush is unlikely and therefore no infantry cover given. 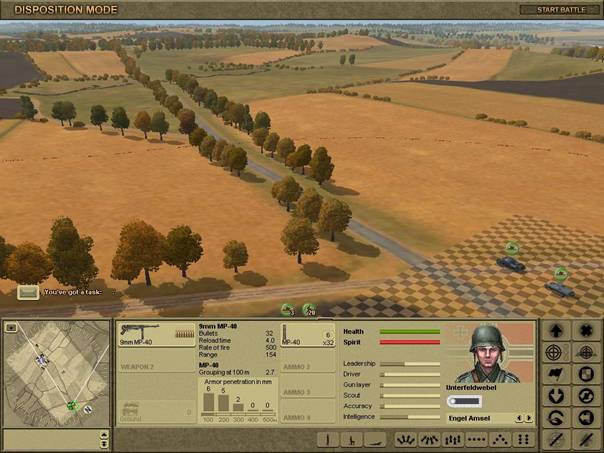 Soon we hear the thunder and see the flash and feel the earth shaking from the air bombardment in the distance behind the ridge as the bombers unload on the enemy defenses. This is our signal to move out! 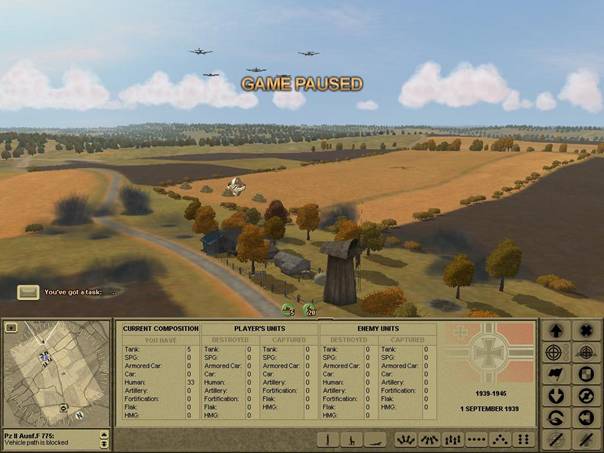 None of us hesitates, and as the tank engines roar up, the infantry jumps forward and storms towards the enemy trenches! The CO calls up for artillery to hit the forward trench lines, and we storm forward, as fast as we can, while the ground beneath us is trembling! 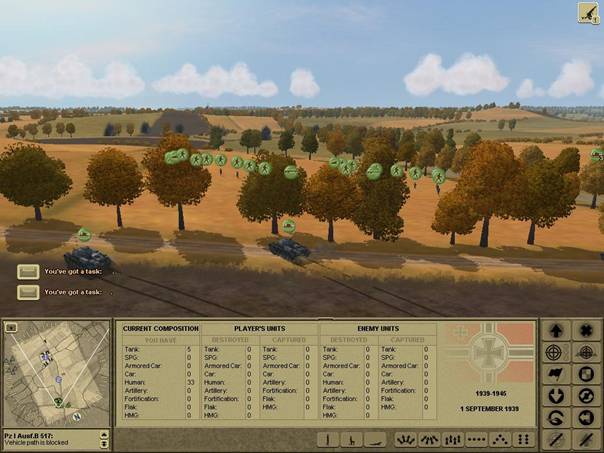 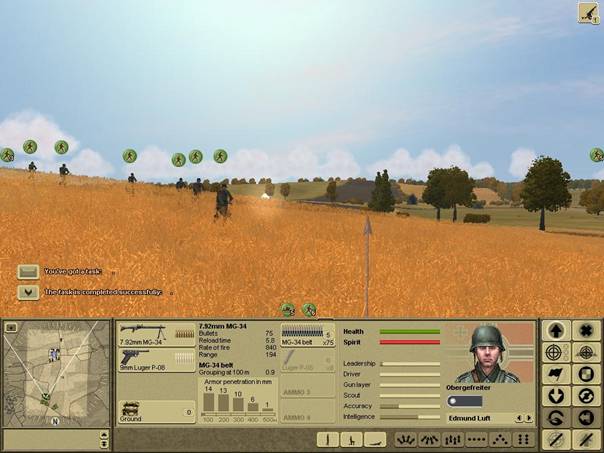