Part of the combat advantage that M1 crews enjoy is a solid-state onboard digital computer for the weapons system, a quantum leap over the more complex and less reliable system of the M-60 and earlier American tanks, incorporating sensors to compensate for droop of the muzzle. The fire control system uses sensors to compensate for ammo type, weather, and temperature of air and ammunition. Cadillac Gage Corp. is responsible for supplying the main gun control system, and the gunner has two separate sights, a primary and an auxiliary telescopic sight, one like tankers used in World War II. The primary sight, courtesy of Hughes Aircraft, incorporates the thermal imager, and daylight sighting with magnification of 3x and 10x power both in and out of imaging mode. The tank’s laser rangefinder automatically provides input into the computer, which displays into the gunner’s eyepiece. The thermal imager is not the old fashioned infrared or passive-vision system such as the old AN/PVS-4 Starlite Scope; rather, this is a system that senses heat, and can see in total darkness or conditions such as a dust storm. American tankers own the night, thanks to this. And operation is simple: the gunner lays his reticle on target with the “Cadillacs,” the control grips, using a “G” pattern, designates the target, tracks it if it is moving, and pulls trigger. In addition to the 120mm main gun, the M1A1 enjoys the use of two .50 caliber machine guns, one mounted coaxially with the M256 main gun and the other separately mounted in a cupola accessed by the tank commander. The coaxial alone carries 2800 rounds of ready-use ammunition in a continuous belt, and the coaxial gun can be switched out with the commander’s mount if either one is damaged. The commander’s gun mount is powered and with the use of its eight vision blocks, it can be rotated, aimed, and fired from inside the tank. The loader has a 5.56mm M240 Squad Automatic Weapon in some tanks, mounted on a ring outside his hatch, left of the commander’s position. 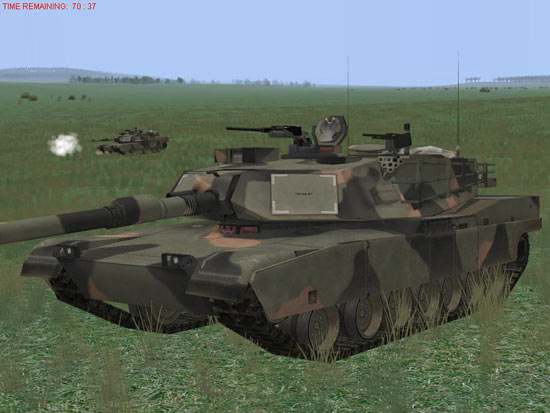 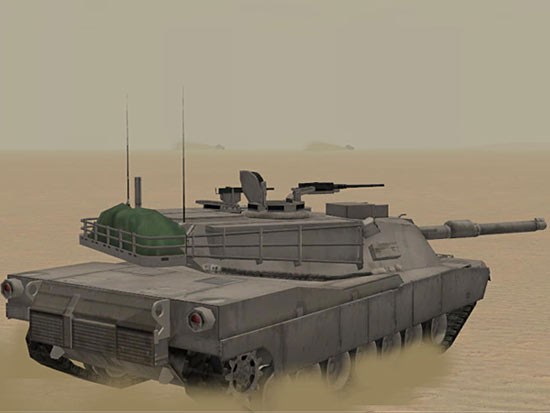 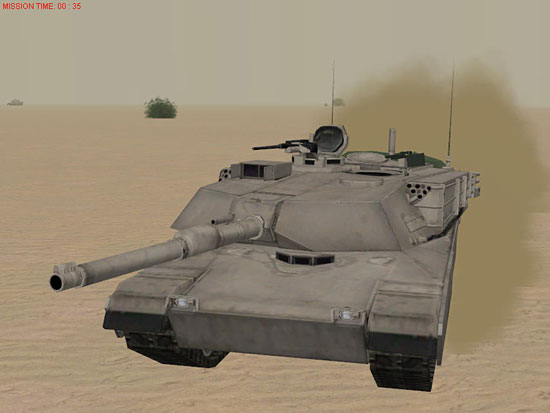 The M1A1 has a crew of four; driver, gunner, loader, and commander, again much like the Leopards in German service. Unlike contemporary Russian tanks, the Western tank crew still relies on manual loading, and this has produced faster reload times than the automatic systems on the Eastern tanks along with a higher ammunition carry capacity than the T-72 or T-80’s “carousel” reloading system. Ammunition is stored in the turret bustle, and accessed by the loader with a knee switch. On older M1 tanks armed with the 105mm gun, there are tales of loaders with arm strength to “vacuum load,” in other words, to have enough speed and strength to ram a new shell into the gun’s breech at the apex of its recoil cycle. The 120mm shell is far too cumbersome for that type of performance, and the rate of fire for American tanks is wholly dependent on the physical shape and stamina of the loader, which can be a combat disadvantage in a protracted battle, though Western armor enthusiasts hotly dispute this. The crew has protection in the form of a pressurized CBR (Chemical/Biological/Radiation) system that does not require the crew to wear MOPP gear or masks. Additionally, there is an automatic Halon gas fire protection system, and the ammunition storage in the turret bustle is designed so that in the event of a magazine explosion, the force will be directed outward rather than inward. This is a feature that has saved a lot of lives in Iraq, where improvised mines utilizing artillery shells and FAB-250 aircraft bombs have disabled M1 tanks in urban combat.