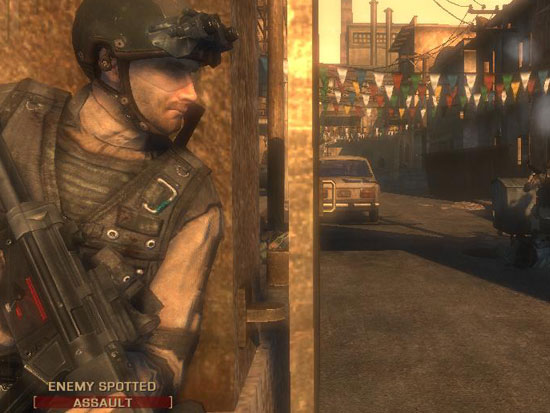 You have the single player campaign, which is actually pretty good. It has a good plot and some serious action. I won’t ruin the story for you but let’s just say that you’ll be a virtual changed man after a few incidents that happen with you and your team. You have to play the campaign to unlock the mission list, and then you can go back and play your favorite missions over and over. And guess what? You’ll want to. Gone is the game play where you’re forced down a certain path. In Vegas there are multiple paths and multiple ways of getting to an objective. Sure, you’re guided through some, they have to keep you going in the game, but you certainly have more tactical options than you did in Lockdown.

Also, as part of the single player campaign, is the terrorist hunt — just you against a light, medium, or high density of terrorists. Hone your combat skills because it isn’t a walk in the park like it was in Lockdown. Terrorists don’t just pop up and down in one spot. Not in Vegas, baby. 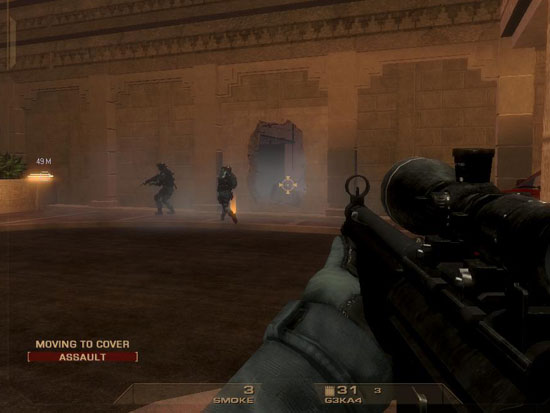 You get ten terrorist hunt maps, and they’re all well done. Most are from the single player campaign, but there are a couple of classics like “Kill House” and “Streets”. Remember those classics?

I only hope this game sells well enough to have a few mods and map packs get released for it from the dedicated and talented gaming community.

Don’t think this is all walking and shooting. No, there are no vehicles. What has become very popular in tactical shooters lately are proper cover and tactics. I for one am very happy with this new direction. The maps are made to provide you proper cover, and for you to utilize your teammates in a couple of bounding overwatch type moves to an objective. You run from point A to point B in this game, and you’ll see red fast. No, sad to say this is not the type of tactical shooter that started the series. This is not the one shot, one kill tactical game of theRainbow Six original and / or the much respected Ghost Recon original series. This is a cross between a tactical shooter and action game. Sure I miss those diehard tactical shooters but this type is the future. Again, at least it’s not that shooting gallery called Lockdown. As I said when I reviewed GRAW for the PC, “don’t look at it as a continuation of the series, but as its own game with a similar name”. 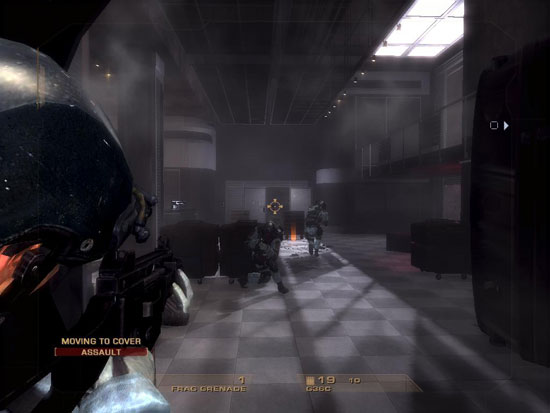 It was weird at first, but I’ve gotten use to it — and like it. When you go up behind some type of cover, like a car, cement block, or even a door frame, you hold your right mouse button down and you’ll be moved from a first person to a third person view, with you up against that cover. Then you can either hit the left mouse button to blind fire, where you don’t aim but just point the weapon in the general direction and spray and pray. Hey, it doesn’t work too well in a wide open area, but you do that on a stairwell with a couple of tangos running up to you and you’ll get the kills. You can also stay behind cover, and then move the left or right key to swing your head and weapon out to aim and shoot while still mostly behind cover. It works well, but I still do wish that we PC gamers could have had “Lean Left” and “Lean Right” keys, but no joy on that. 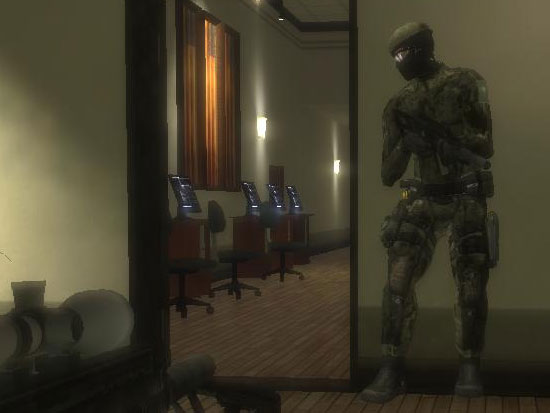 You control your team by pointing at a place of interest, like behind a wall or door and will get the options to order them to move to position or stack on door. Then you have three options on how to enter or clear a room, like “flash and clear”, “frag and clear”, and “breach and clear”. The system works pretty well. I forgot to mention the snake cam, you stack up on a door and point to the bottom of the door and get an option to slide in a snake cam, you can then, get this, tag terrorists in order of the takedown. You put your cursor on a terrorist, hit your T key, and it will say “take him out first”, then second, third and so on. You then give your two teammates the order, and they do a very respectable job at entry and clearing. 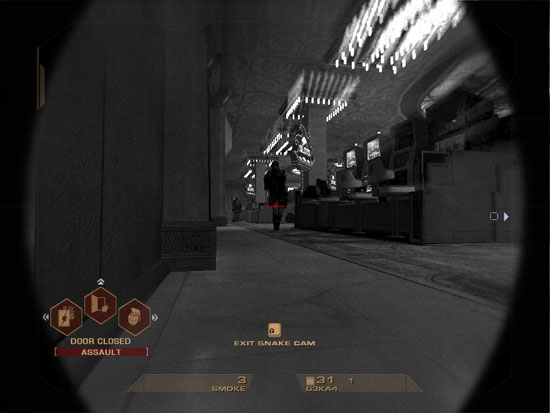