Immigration Law Enforcement Gets A Kick In The Pants 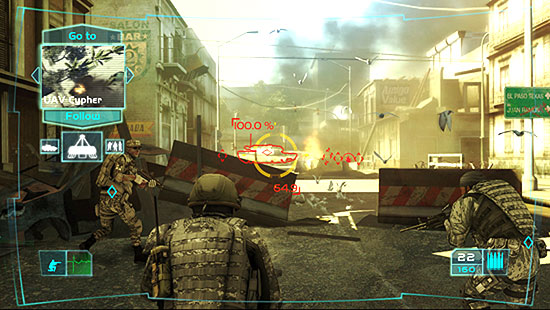 Déjà Vu All Over Again

As long as you look at the Ghost Recon: Advanced Warfighter line of tactical sims on both the PC and consoles as being separate and apart from the original Ghost Recon series on the PC, they’re a great tactical shooting experience in their own right. 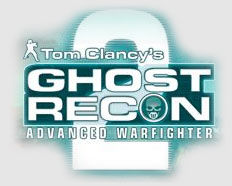 Look at it this way, you have to ask the questions: Does it favor cautiously advancing to your goals using available cover and the ruthless use of firepower? Yes. Does it implement teamwork with your AI squad? Sure it does. Would it mercilessly whip your butt if you try to run and gun through it? Oh, yeah. Is GRAW 2 worth $60? No.

There was enough rewriting of the original game to implement some new and creative ways of handling your support assets that it could be termed “a sequel”. But just barely. Anyone expecting a huge departure and loads of new content are going to be disappointed. It’s pretty much the same game, just with some minor (but pretty damned cool) changes.

Didn’t Some Border Patrol Agents Get Jailed For This?

The game’s storyline pretty much picks up from where the original game left off after you blew away some idiot with the President’s ‘football’ and the launch codes. When you start a campaign, the game’s unavoidable tutorial level drops the player off at Fort Bliss (which if you’ve ever driven through West Texas is punishment enough) and you must complete it before beginning the very brief campaign. 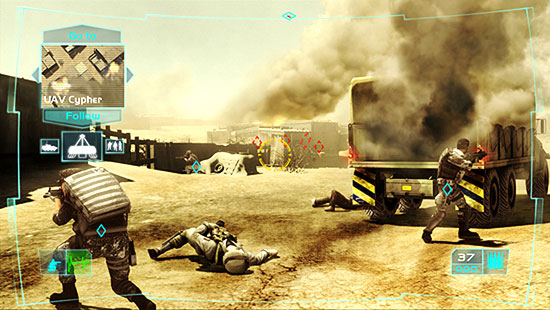 The story doesn’t get much more imaginative from there. After training, you’re dropped off on the Mexican side of the Rio Grande with the usual admonishments that “your presence isn’t official” and “you don’t exist”. Of course, you then proceed to get all sorts of support from very noticeable (unless you’re deaf and blind) and conspicuous units of the United States military in your efforts to bring down bad guys in possession of bad things, with bad intentions. If the Cambodian Incursion was as secret as your campaign, the third-person “camera” view you play in must be video feed from a CBS photojournalist.

You reprise the role of the indomitable Capt. Scott Mitchell, who is constantly being distracted by about a hundred people screaming into his ear, from your intel guy in the Black Hawk all the way to the President.

So, what’s to do? Think back to all the things you did in Ghost Recon: Advanced Warfighter. Got it? Good. You’re doing it some more. However, you get a lot of new and neat gadgets and weapons, so all is not lost. The graphics themselves even got a bit of a punch-up. There was one particular “on-rails” gunnery level aboard your Black Hawk, flying though a driving rainstorm that was pretty impressive. The wind and rotor blast was slinging the rain into the barrels of your minigun and was getting whipped off by the winds. The water movement off the barrels of the gun looked very believable.