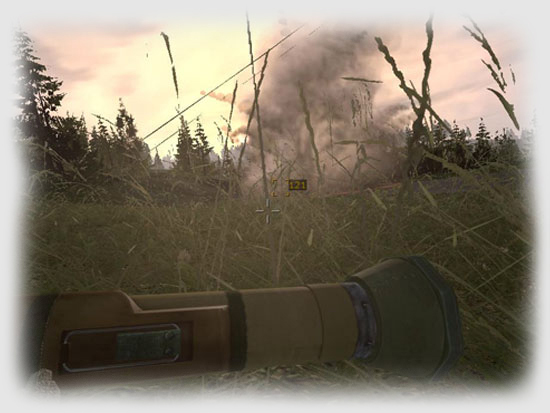 I remember the first time I tried to play Operation Flashpoint (OFP). I attempted the same single player mission at least 5 times, and would die very quickly in almost every engagement. After about an hour of play, I took the CD-ROM out, boxed it and put it in my closet with a number of other titles to trade in one day for credit on yet another game. The game was a great idea, but just too difficult. The enemy was hard to locate and usually killed me with one shot, before I ever found out where he was hiding. I liked first person shooters, or more appropriately, tactical shooters, but OFP was just too much for me.

Time went on, and not one but two add-ons were released for OFP, along with a series of patches. Word was getting around on how great this game was, so I tried it again. This time I was older and wiser, if by only a year or so. It caught on. And within 3 months time I was loving it, in 6 months time I declared it my all time favorite computer game, finally replacing my long time favorite Jane’s Longbow 2. I started playing it constantly, single player and multiplayer, it was all good. Sure it still had problems, the super enemy AI was still, well, super. But I learned to adapt.

Just when OFP was starting to look old and played out, then came the hundreds of add-ons and dozens of total conversions by the dedicated and talented players of the fantastic game. Their dedication was, and is, amazing. Total conversions like the excellent FFUR mods brought new life to a aging favorite. To this day OFP is still arguably one of the most modified games in PC history, excepting possibly Half-Life and Unreal Tournament. My opinion, not fact.

Why am I talking about OFP, when I’m supposed to be reviewing Armed Assault? Well, you can’t understand or appreciate the present if you don’t know and respect the past. For us tactical gamers OFP represents the pinnacle of tactical shooters. Armed Assault is its unofficial little brother. They’re both made by Bohemia Interactive Studios, but CodeMasters has the rights to the name “Operation Flashpoint”, and they are not the publishers for Armed Assault. So while they’re similar in many, many ways, we can’t say that Armed Assault is the official follow-up to OFP.