We’ve Been Here Before

Thanks for the care package. The cookies were great. My deployment to Ghanzia is going well, but I need you to do me a favor. Please go get a globe and find out where the hell Ghanzia is for me…“

America’s Army: True Soldiers borrows from the Ghost Recon: Advanced Warfighter engine, and to be completely honest, it looks a hell of a lot like its parent, up to a point. The menus, the game lobby, all look likeGRAW2 with a new skin.

I’m not going to candy-coat it. The visuals are bland to say the least. This doesn’t look like something that was intended to be on a next-gen console. For those that played it, you can even see elements of Ghost Recon 2for the original Xbox. While its environments are somewhat muted, the effects are still decent.

Let me give you a for-instance. In the “Wargames” section, you’re playing what essentially amounts to training operations during peacetime, to prepare you for a combat deployment. The developers could have taken the cheap route and simply made the bullet strikes like those you see in the rest of the game (a simple black dot indicating impact), but instead you’ll see nice, neat little blue paint markers all over whatever you shoot at, the after-effects of non-lethal rounds. 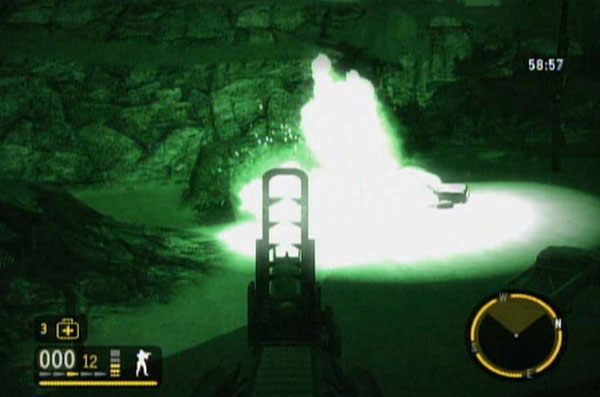 The grenade effects were fairly impressive as well, or at least I thought so. The M67 frag grenades do put out an impressive blast cloud with an evil, orange heart in the middle, but the smoke grenades were even better, with the visible ignition of the fuse in midair as it arcs down and lands, giving off a large mist of welcome, covering smoke, essential to moving from one safe spot to another.

The graphic modeling of the firearms didn’t disappoint, either, but considering there were only five or six weapons to model, you’d expect them to be done professionally. From the red dot scopes to the graduated sight of the M203 grenade launcher, the standard-issue weapons of the modern infantry unit were done and done well.

Another graphical plus was the god-like UAV Raven drone view. The maps may have been small, but this little gem gets the job done in terms of seeing the enemy first. The Cypher drone of the GRAW series needs to seriously take a page from the implementation of aerial recon in True Soldiers. The only thing more realistic on the console is streaming video from action on the ground outside of Mahmoudiyah, Iraq. 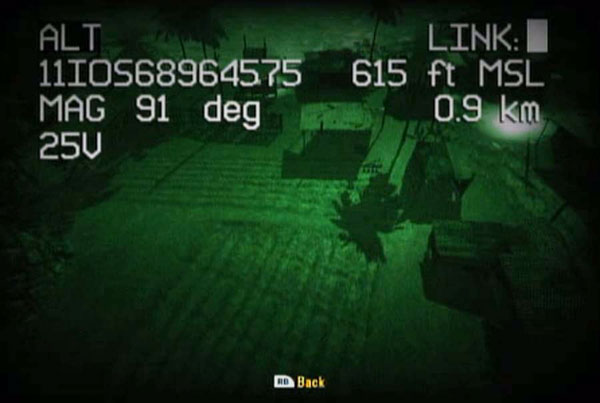 The maps are a mix of open-field and close-quarters combat, a little something for everyone. You’ll see everything from a wide open desert environment to a military complex. The detail is nowhere near the level of the PC version, just like the comparison between the PC and Xbox 360 versions of GRAW2. Going prone and hiding in the weeds has its advantages, you’re virtually invisible and when in cooperative mode, if you take out a vehicle, the blast field is impressive. Try it at night with your starlight goggles on and it’s bright enough to sear a retina. 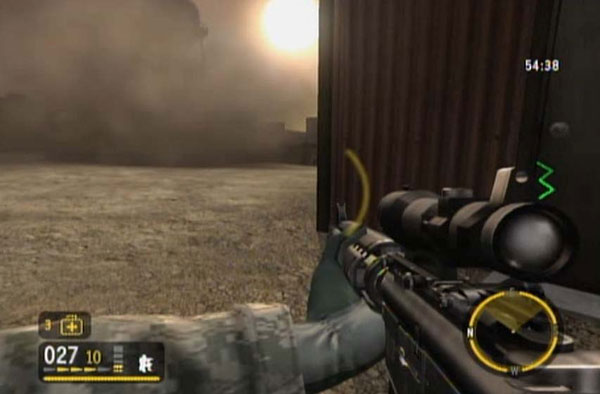 As ugly as some suggest the visuals to be, they are nowhere near as offensive as the multiplayer code of some other “killer app” games on retail shelves. Rainbow Six: Vegas’ multiplayer visuals on the Xbox 360 take win, place, and show in the “Bland As Shredded Wheat” Category, being one of the most uninspiring things you’ll ever see on Xbox Live. At least with True Soldiers, the multiplayer environment is the exact same thing that you see in single-player. From the weapons to the digital camouflage of you and your teammate’s BDUs, the soldiers’ exterior look is as detailed as you could ask for and at least as detailed as PC version. 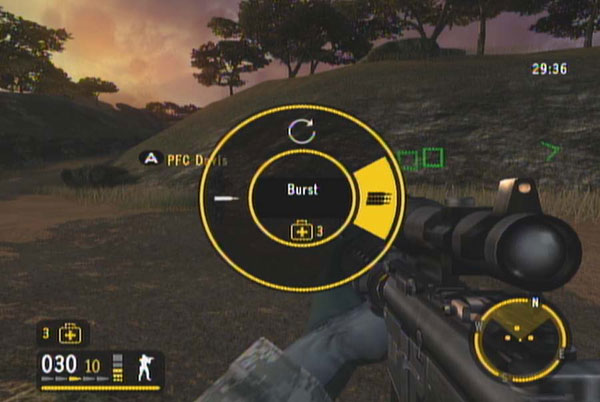