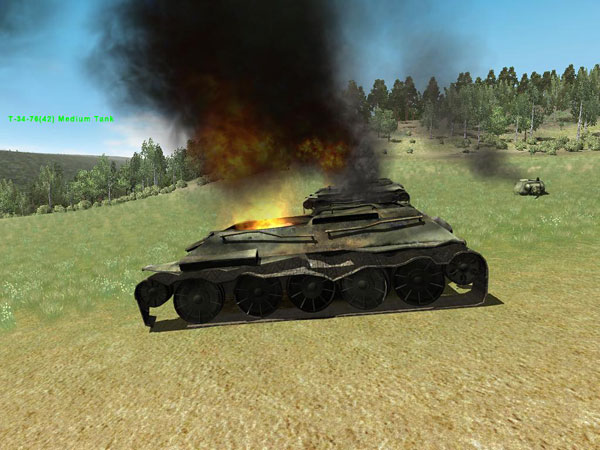 Here is a description of Operation Bagration paraphrased from the manual…

“Operation Bagration was the codename for the Russian Belorussian Strategic Offensive Operation between June of 1944 and August of 1944. So the whole game takes place in a three month period of the complete war. This operation resulted in almost the complete destruction of the German Army Group Center and three of its component armies.”

WW2 Battle Tanks can be purchased and downloaded online. You can either get it from Lighthouse Interactive or other, to be announced, digital download services. Once downloaded, it installs without incident. You simply run the install program, and enter your registration number. There is no other known security measure. The footprint for the install is only 1.73 GB, which is pretty good considering most new games average around 4 to 6 GB’s.

The program installs to a Lighthouse Interactive folder, in your program group you will see two executables, one for the game and the other for the included mission editor.

The system requirements are:

In my opinion, these are average specs. With my “killer” system, and everything jacked to the maximum, I get an average of 45 frames per second. I have had issues with it dropping to the mid 20 fps in heavy foliage or combat. So anything a little better then the “required” system specifications wouldn’t hurt.

The game comes with a 34-page pdf manual that is very well done and includes everything you need to know. It starts out with the introduction, explaining the purpose of the game, goes into the install, and then gives you all the information you need too operate each position in each of the two user playable tanks. It even goes into heavy detail (that I do still not really understand) about using the gunnery sights to measure distance and lead. A very well done manual that may not be the old school Janes Simulations type manual but a lot better then the pamphlets we get for most games these days.

Unfortunately there is no manual, or section, included for the detailed mission editor. Maybe information will be released online or in forums on how to use the included editor. 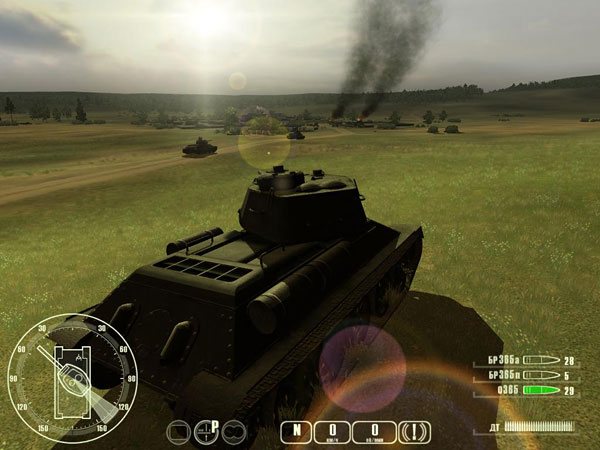