Operation Flashpoint: Dragon Rising has 2 forms of multiplayer. Multiplayer can either be via LAN or Internet.

When you first start multiplayer, you have to sign up for an account, even though all the games are peer-to-peer servers. I fail to understand the need to sign-up. Also, the master server list, or whatever it’s called, has been up and down in the last couple of days. Some new players can’t register, sometimes servers list games, sometimes they don’t. Again, this represents weak net code and poor decisions on Codemasters’ part.

Multiplayer modes include four-player co-op and two force-on-force game modes called Annihilation (which is basically team death match) and Infiltration (which is where one team defends an objective while the other tries to sneak in and destroy the objective). What is strange is that each human player has a fire team with three AIs. I can’t figure out if I like this or not. Sure, it makes for bigger battles since the console versions only support 4 versus 4, compared to the PC which supports 16 versus 16, but the AI can be idiotic and blow a nice cover or approach. The enemie’s AI can almost always see you low crawling up to an objective in thick brush. Due to their sheer lack of intelligence, the AI sometimes ruin the multiplayer aspect of the game (and the single player aspect, for that matter). 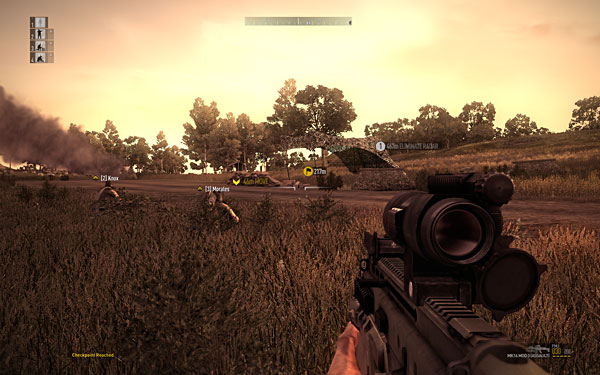 Operation Flashpoint: Dragon Rising was created with four-player co-op in mind. Four-player co-op is this game’s bread-and-butter and its shining feature. Like I mentioned earlier, you can play any of the campaign missions or any of the shorter unlocked code missions with three of your buddies. Since co-op play only supports four players, it works very well, is fun and tactical, and is a true brotherhood type of game. The peer-to-peer connection system works and the lag is low. That can’t be said for the two larger force-on-force multiplayer modes. Since there is no dedicated server software and all connections are peer-to-peer, the console version and the PC version both have serious lag and ping problems. And why is there no dedicated multiplayer server included in the PC launch version? That is aserious oversight that needs to be resolved as soon as the devs can get it produced, tested and posted.

Multiplayer is fun and different, and provides a chance to use the vehicles included, but Codemasters needs to clean-up the net code and release some dedicated server software.

The artificial intelligence of your fire team mates are hit-and-miss; this is probably one of the biggest game play issues. Sure, you can give them a number of good, basic orders (e.g. formations, rules of engagement, suppress/flank, etc.) which really do work well, but after that they become idiotic.

My biggest beef is pointing to a good safe fighting position, say behind a rock formation or sandbag bunker, then watch them move to the location, the grid, but not use the cover. Instead they just stand off the side or even in front of it facing the enemy. Bad guys take a lot of rounds – too many – before going down.

Sometimes the good guys try to take a few extra as well. I don’t know how many times I have yelled out in anger when one of my teammates would walk right in front of me when I was at iron sights. One time it was so close I shot my AI teammate’s head cleanly off. It was ugly; his blood covered me with the splatter since he was so close. I should mention the violence in this war game causes it to be rated M. It’s not a game that you should let junior play. Be warned: there is heavy language, blood splatter, and body parts aplenty in this one. Of course, I love it. 🙂

Another problem is the AI doesn’t do what I tell them to do every time. For example, my team had to sneak into an enemy fuel dump and blow up a generator. Another fire team created a nice distraction for us and made it easy. But once we blew up the generator, we needed to egress quickly. I repeatedly ordered them to follow me but they would move slowly and tactically, stopping to engage. If they would have just stayed with me the entire team could have extracted without a loss. While the campaign is great, and the AI is okay, this game is best played with four humans. four-player cooperative play is where it’s at. 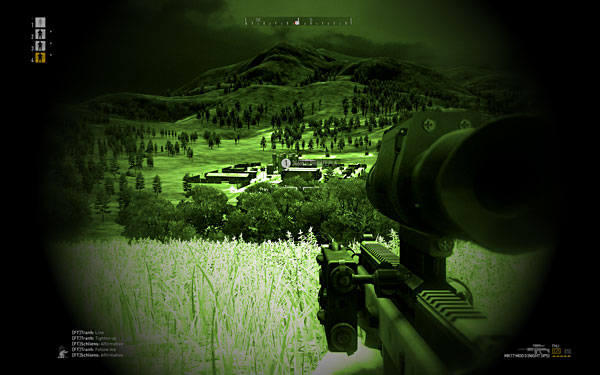 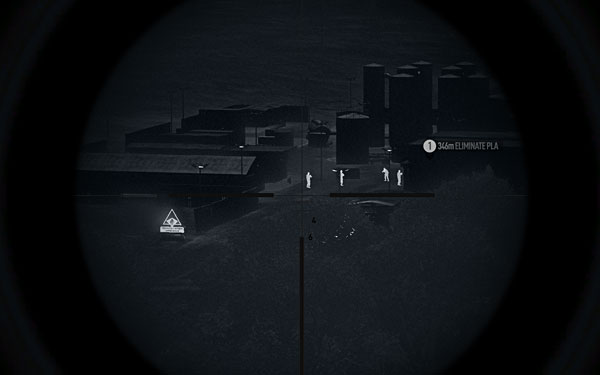 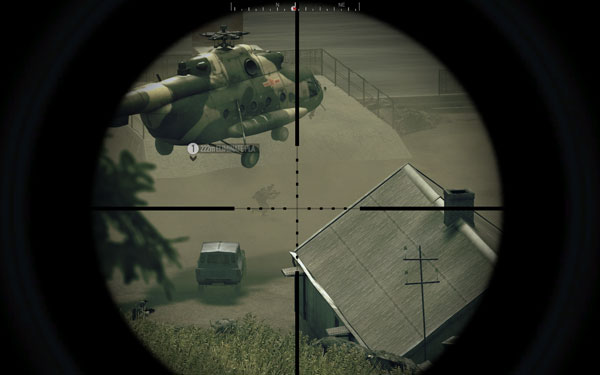 There are a few things I do not like about the game besides the stupid AI (which has always been a video game problem). Most of my objections are game design decisions. Now I don’t know why the developer did the things they did; maybe they had a good reason, but some of the decisions made are unfortunate. For example, the player cannot customize the choice of weapons and gear. Also, the game gives you a pre-set fire team layout that you have to pick. I could understand these decisions in the campaign, to keep it “real”, but in co-op multiplayer we should be able to pick what we want.

No leaning capability? Come on! How do you not include leaning in a tactical shooter in this day and age. It’s not like I couldn’t have really used it on more than a few occasions looking around a sandbag wall, building, or tree when pinned-down.

In multiplayer, you cannot select more than one map/mission in a co-op game unless it’s the campaign. Yet you can do it with all the team versus team maps, just not on the extra and editor made missions. When the game ends the host either has to “restart” the same mission, or bring down the server. Map rotation, folks… put it in, please.

And finally, the game comes with some nice vehicles. Nice armor vehicles, all very well done and with smoke, laser range finders, and different types of rounds, but rarely if ever do you use any of the vehicles in the campaign or the mission list. All of those great vehicles with great features and none are included in missions like tank platoon, or a little bird recon mission?

One other thing about the vehicles. They look good and play well, but there is limited TrackIR® support for the PC version. The video below shows the capabilities that are included.

There is also no obvious joystick support, although we understood from the interview that it would be available. The only controller supported besides mouse and keyboard is the Xbox 360 gamepad, which actually works really well, even on the PC. Regardless, more hardware support is needed for the PC version. There is also no third person view for some vehicles; the view is locked to the forward view for the driver, which makes the vehicles a real pain and unrealistic to effectively operate. 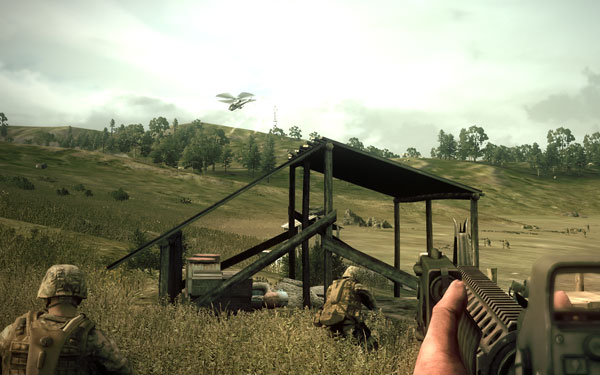 Operation Flashpoint: Dragon Rising is a tactical shooter. This is not a Battlefield or Call of Duty clone. It is not the military simulation that we wanted and hoped for, and compared to its biggest competitor, Armed Assault 2, a number of design decisions and short cuts have left the game less than it should be.

The graphics are workable and the sounds are incredible. The infantry type missions and action is good, and the gameplay and co-op is fun and tactically designed. But the shortcomings related to vehicles, proper support, and AI keep this game from becoming a classic like the original Operation Flashpoint.

The PC editor is nice, and once users learn it and share missions, it could add new life to this game. But the console versions without an editor or even a quick mission generator make this game repetitive. Six bonus missions (so far) and the campaign missions, once unlocked, can be replayed in different ways. But in the end they’re all the same missions and without mission packs this game will slowly take a back seat to other titles.

Operation Flashpoint: Dragon Rising is a good, maybe potentially great game if played with friends in a tactical, cooperative manner. But unless patched and properly supported by Codemasters then in most cases we gamers will move on when the next big title is released. Codemasters, you have the ball.