“The original Rainbow Six game was the day of screenshots and using Microsoft’s GameVoice, with that included hockey puck device. This is where the learning began for me, not only for tactical gameplay but also my first web site to share my screens.

I remember the original Rainbow Six game as being hard and difficult to learn, I remember the required planning phase, and I remember a lot of virtual dying. I also remember building some great online friendships, and repeated attempts at the Space Shuttle mission.” 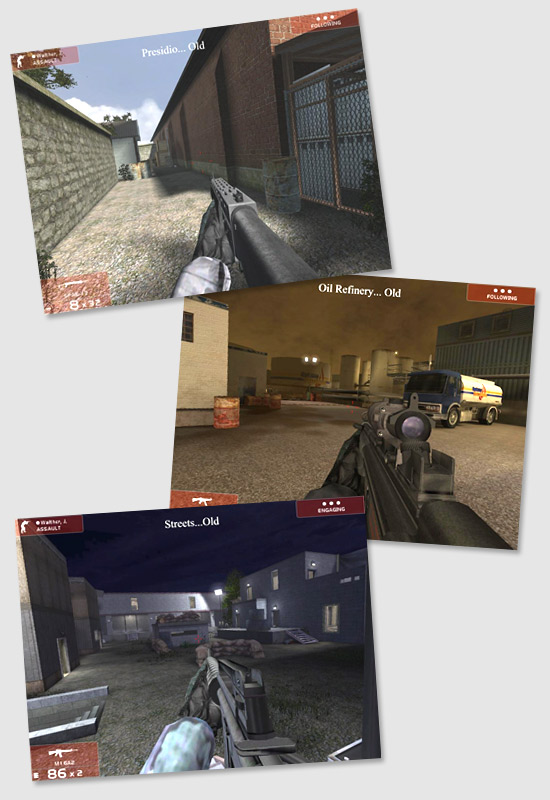 Compare these older images with the ones on page 6 from the revitalized maps in R6V2.

“There was a mission where your team had to infiltrate a Russian laboratory and recover some captured scientists that held nuclear secrets. The mission starts off fairly innocuously, until you make your way to the lower level of the lab. As you open the door to exit the stairwell, a piercing alarm goes off and you hear the bad guys yelling in Russian. Bursting into the corridor with weapons up, you here a commotion and a few seconds later an engine starts. Turns out the bad guys are trying to make a hasty getaway with the scientists in the back of a truck. I remember watching the truck burn rubber out of its loading dock and accelerate past my team up a ramp. I missed the shot head-on at the driver, then ran out behind the truck and started chasing it up the ramp. As I realized it was moving faster than I could run, I parked it and unloaded my entire magazine at the cab. Anyone who plays Rainbow Six series of game knows that if you hold down your trigger for more than a few rounds those rounds can go just about anywhere. At the very top of the ramp, just as the truck turns the corner and you fail the mission, the truck slowly coasted to a stop. I quickly ran up the ramp and as I got closer I realized the horn on the truck was blowing (it was hard to tell because that damn alarm was still going off). I came around the side of the cab and there was the driver, slumped over in his seat and depressing the horn with his chest. Two scientists were cowering in the back of the truck.” 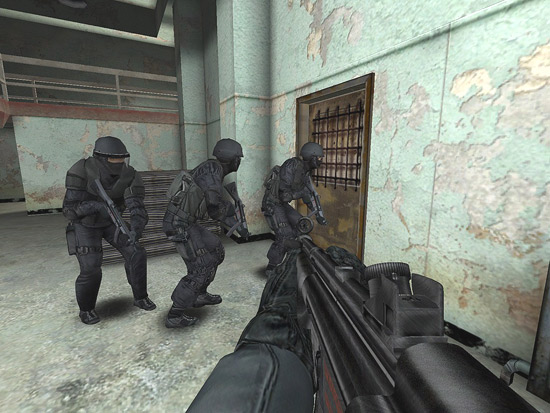 “Rainbow Six: Rogue Spear was my first exposure to multiplayer LAN gaming, back in early 2000. I helped a friend who was a big computer home-builder furnish his garage (dry wall, ceiling, carpet, texture and paint), which became a permanent mini-LAN meet room with folding tables, and LAN drops built into every wall.

Every Friday night several of us would get together in the converted garage and do coop missions against the AI. These were, I figured, the modern equal to ‘Friday Night Poker with the Guys’ — drinking a beverage or two, yelling over our shoulders at our team mates to coordinate actions in the game. We had a great time, doing stupid things, like tossing grenades that bounced off the walls right back at our feet; jumping out of our seats when an unseen AI enemy shot us from a dark corner of a room; physically leaning our bodies as we peeked around corners in the game. It was tremendous fun, superbly immersive and gave me a taste of the future of broad-band, on-line gaming that was to come with my Motorsports buds at SimHQ. Rogue Spear and the Urban Ops pack, along with the Raven Shield title a few years later, still rank with me as some of the most entertaining, challenging and realistic tactical shooter games I’ve ever played. And although I enjoyed the cinematic and entertainment aspects of Rainbow Six: Vegas, it just didn’t have any replayability with me, whereas I still crank up Raven Shield from time to time for a little multi-player co-op with my friends. I sure wish someone would revive the challenging gameplay aspects of Rainbow Six titles past in future titles — imagine the fundamental elements of those titles married up with modern day processing power and graphics… ahh, that would be heaven in a box.” 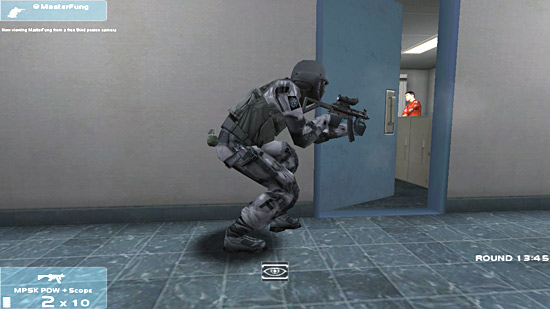