The Forgotten War as RTS 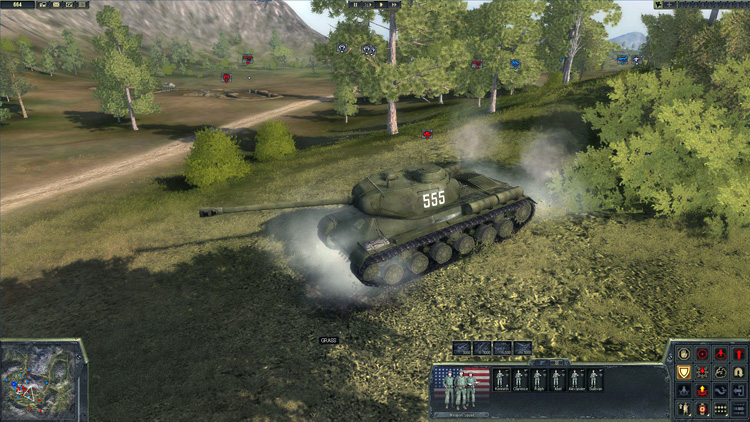 The Theater of War series has been around for quite some time. All of the previous games have taken place in the WWII era. The series started a little rocky with plenty of bugs and problems but for the most part these were fixed and addressed, and by the end of the second series, the games were pretty damn good and bug free. This time 1C Company takes us to the Korean conflict back in 1950, where artillery, helicopters, and air support ruled the battlefield. 1C gives us Theater of War 3: Korea, for our gaming pleasure and education.

The history of the Korean War is long and detailed. I won’t bore you with the details, but here is the basic synopsis of the conflict.

In June of 1950 North Korean troops crossed the 38th north parallel and invaded the Republic of Korea (South Korea). The invasion was largely successful, capturing the capitol of South Korea, Seoul, on June 28th, and then pushing all the way South to the port of Pusan by August. All seemed lost, but then the UN (United Nations) got involved and with time eventually sent troops and equipment to help the South. With better air support and naval support eventually the South Koreans with the help of the United Nations push the North back across the border. It was a little more detailed and action packed than that. At one time the North had 90% of the land mass and 92% of the population, but you get the basic idea of the conflict. This by the way is officially still going on today.

The game comes with two included campaigns. The North Korean invasion of the South is represented by “The Leap of the Tiger” campaign. Of course you play as the North Koreans with Russian equipment, gear, and tactics. 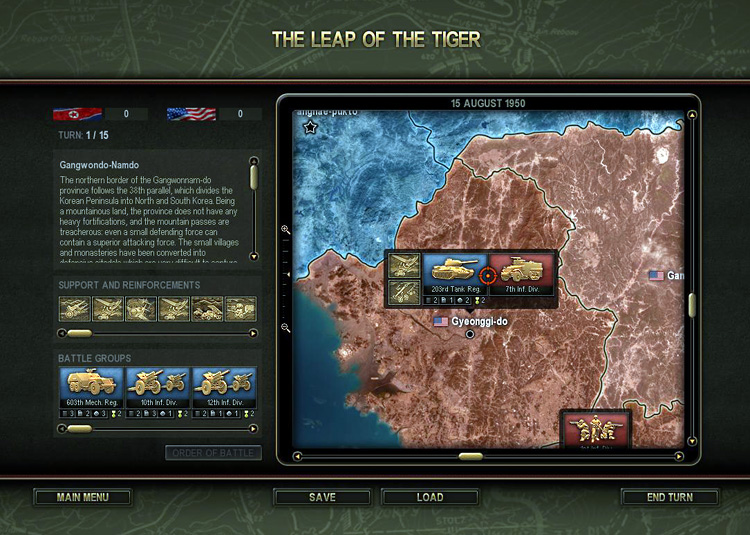 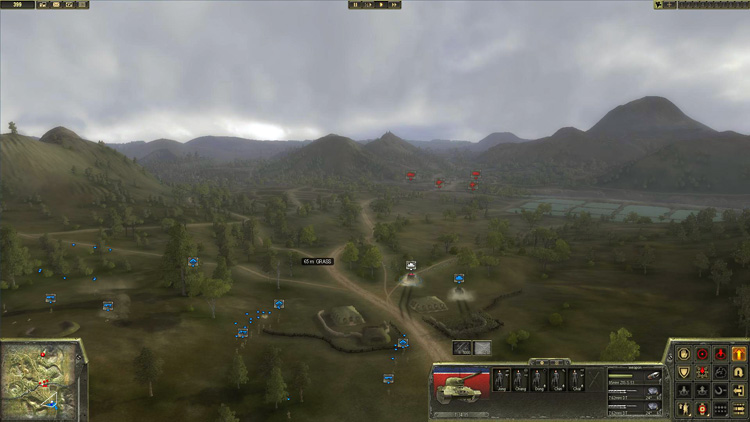 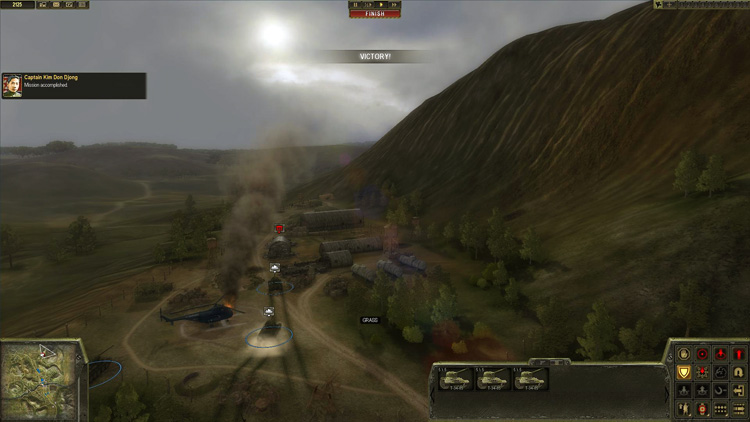 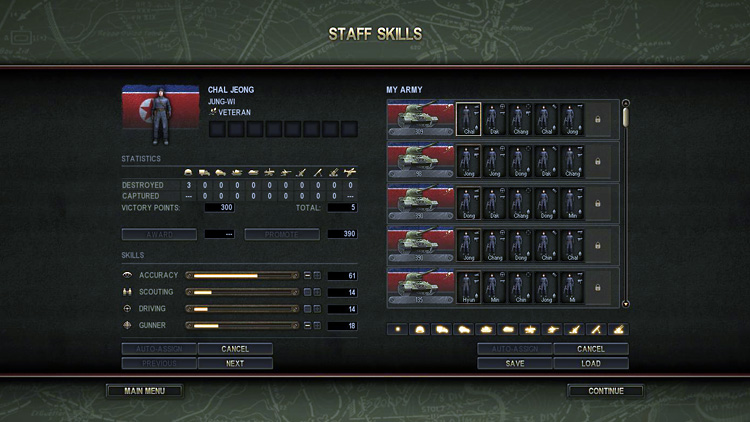 The South’s counter attack campaign is called, simply enough “Counteroffensive”. Here you take the role of the United States military and help to push the North Koreans back across the border. 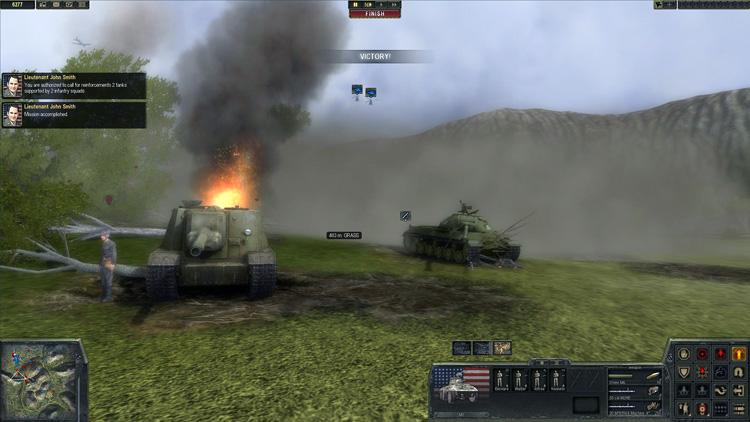 Both campaigns are well done with a series of strategic turn based actions, leading to the actual real time battles. The new strategic overlay is simple yet productive. Not really a necessary for game play, but a nice touch for those who like the detail.

As with the past series, as you complete battles in the campaign, you get points to distribute to your armies and troops. So the troop’s progression continues and improves as the war continues.