As we welcome in 2013, SimHQ has once again witnessed the continued, glacial shift in the format of Land Combat simulation genre.

I remember back when I first came to SimHQ, via a link in Limech’s web site and forum, looking for an answer on a Fighter Anthology question. Over time I found great discussions and content on tips and tweaks for Longbow 2, Jane’s F-15,Jane’s WW II Fighters and Jane’s F/A-18 – a sim that was frankly beyond my skill set at the time.

Back then, Land and Armor Combat games weren’t really the SimHQ crowd’s cup of tea; If I recall, those games were all covered in a “general” or “other games” forum. Of course, the original Steel Beasts got some love here, along with Red Storm Entertainment’s original Ghost Recon and Rainbow Six games. Oh, how far we have come.

In the early 2000s, Land Combat games started to rise in popularity in the SimHQ community, enough that they got their own dedicated forums. My first guest-writer article at SimHQ came about because of my growing interest in tactical shooters like Ghost Recon and SWAT 3 and 4, a couple of real milestone titles in the land based genre. My article actually evolved from an ongoing tactics discussion in the SimHQ forums. That first article led to writing some reviews of newer games – games that started a slow move away from tactical shooter toward a more casual, action shooter style of gameplay. It seemed that each new title was moving the genre further and further from the realm of the tactical simulation. This brings us to where we stand today, a little more than a decade later.

Today’s Land Combat titles are at best “tactical” in name only. There’s plenty of action, but no tactics in sight. SimHQ continues to keep a candle in the window for a new tactical Land Combat title, but it seems with every new release that dream slips a little further from our grasp – minus a rare exception or two, namely the Arma 2 and Iron Front series.

And on that happy note, here’s the 2012 Year in Review, Land Combat style.

As mentioned in the intro, Steel Beasts has held the attention of Land Combat fans at SimHQ since its eSim Games chose 2012 to release its greatest version of this modern armor sim to-date: Steel Beasts Pro PE. On top of that, the new version has been supported with patches and add-ons that have perpetuated the growth and domination of the Steel Beastsseries.

“Of course, it’s always difficult to make predictions, especially about the future. But it is our firm intent to release the next version of SB Pro PE in June 2013, with new armored vehicles (of course), but also new concepts, and a new look.”

“Aside from the new rendering engine, we will make it possible for people who dropped out or for late-comers to join a network session. Don’t expect a seamless, steady come and go of players as is the norm with some ego-shooters. We believe that successful team play in SB Pro requires an unusually high degree of coordination among the players, so anarchy is usually not welcomed by our players in their network sessions, and we won’t subvert that manifest interest with new features. At the same time it is, however, legitimate to allow a player to come back if his internet connection failed, just as it is probably okay for most players if a group won’t wait for a few late stragglers and start the session already, especially when there’s the possibility that the friends will join the session not too late into the mission.” 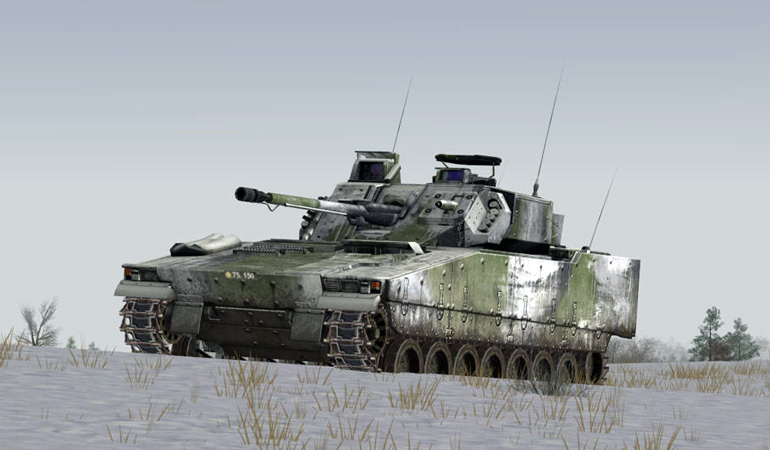 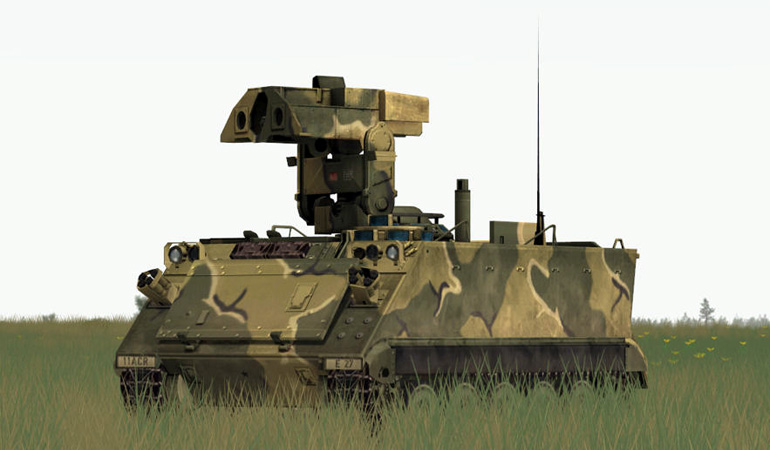 “As a very welcome side-effect, we made it possible to save any mission in progress as a new scenario file. Hopefully this will make it much easier to create online events like small campaigns.”

“SB Pro will no longer be a game of two parties, Red and Blue. We will have noncombatants as well as irregular fighters who can appear as normal citizenry until they pick up arms and start a fight. There will be autonomously acting pedestrians to populate villages, and autonomous cars to drive from one area to another without having to explicitly script every unit’s actions. We had to adapt the established principles in the user interface for this, of course. What’s possible with a hierarchical organization of unified command like a military unit fails miserably if the same user interface principles would be forced on something anarchic like a civilian population where everybody minds his own business.”

“I’m sure that over time clever new ideas in scenarios will emerge how to use these new features for twists and challenges in a mission.”

“I think that these elements alone will be a massive reason to upgrade an existing license (…and hopefully it’ll motivate some new players to give it a try). If that were not enough, we’ll have a number of new Playable armored vehicles as usual, and a fair number of entirely new units. I don’t want to go into details just yet, but everybody can be assured that we will disclose them well before the release date.”

We heard this from “All_American”, developer for the America’s Armor Sim Project.

“This year I have concentrated on developing the FCS for the Abrams that will allow me to implement it in all the other “Tanks” that are added into AARM. I have been receiving feedback on what some are expecting in that aspect and I am trying to make it feel as realistic as possible. When I say FCS I actually mean from the time the player enters the Gunner’s station GPS to the time the round hits the target.” 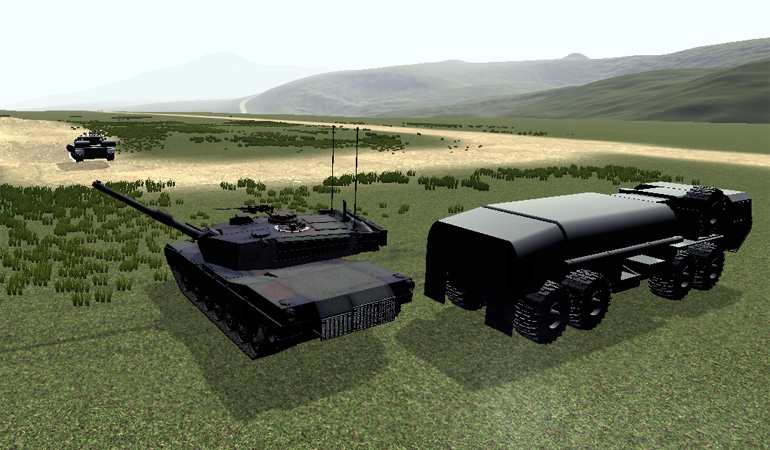 “I have also started developing some other vehicles that will be a main feature in this sim. I will be implementing the M88 so the player will be able to get repairs on the battlefield or in the rear where his/her AA is located. Along with that other features are being developed, like if the players tank receives enough damage his fuel will start leaking forcing him/her to either get repairs or head for the rear for repairs and to refuel. The M113 is also in the works, mainly for medical purposes. Of course a lot of details still need to be ironed out, that’s why I have made this a semi-open development of the sim. To get others feedback and input and basically allow them to state their opinion or suggestions to help shape the gameplay and the sim as a whole.”

“In 2013 I will be continuing to work on finishing the FCS and many other features for the Abrams so it is a sound MBT, then using all the data and programming to bring the other tanks to the fight.”

Hopefully we have a lot to look forward to with Steel Beasts Pro PE in 2013.

There was a glimmer of hope when both Steel Fury from Graviteam and WW II Battle Tanks, but since those releases the publisher is no more, and Graviteam has moved on to a full Battlefield / Realtime Strategy type of gaming platform. Sure, they still are the closest things to a World War II armor sim, but close – not the same as the real deal.

So as fast as a good WW II armor sim seemed to be on its way, it ended. Now, besides a couple of action-style tank games like World of Tanks, and free to play stuff, like WW II Battlefield, World War II armor sims seemed to be dead – but we’ve heard that before… right?

Graviteam’s approximate plans for next year: 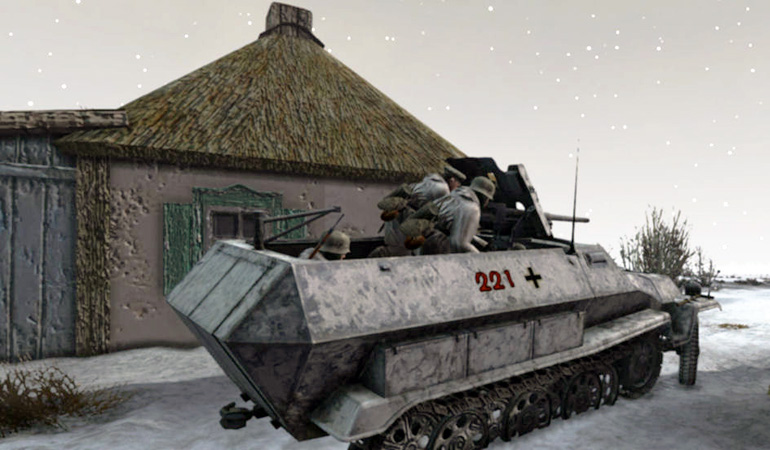 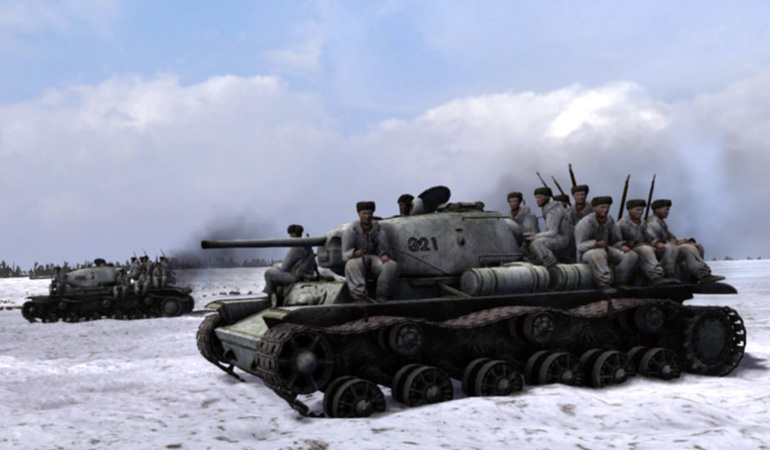