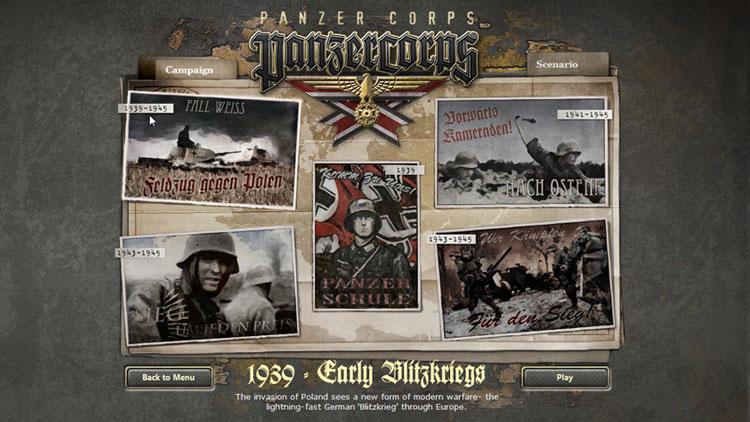 I have a confession to make. I had a 3.3 GPA in my junior year of college. It would have been a 3.6 or higher if it hadn’t been for the time wasted with a title from SSI called Panzer General. I must have blown at least 1-2 hours a day during that year playing the addictive title.  There were few games that literally held me in the grasp like the beer and pretzel game known as Panzer General.

Well, time marched on and new games came along. Although SSI tried to catch lightning in a bottle with PGII, PG3D and such it never could get the fun down that you found with the original title. I played all of those titles as well, and enjoyed them (along with Allied General,Pacific General, and so forth) but never really had the level of fun that I had with the simple little game from SSI.

Matrix Games and Slitherine have released a game with the suspicious name of Panzer Corps and I learned on SimHQ’s boards that it held many similar features of the original title. When given the opportunity to review this game I jumped at the opportunity.

Graphically the game is much improved over the first game. As in the first title, this is a turn based board style game but the maps and graphics represent seventeen years of progress in graphics. The graphics aren’t true 3D but they are much more in depth and almost artistic in their graphic beauty. The icons for the tanks, planes, ships and other items are much more detailed and you can tell the difference between submodels of vehicles a lot better.

I particularly like the backgrounds; they are richer than any of the series. If I had to compare Panzer Corps’s graphics to any of the series, they are the most similar to PG2’s backgrounds but definitely deeper and richer in feel. Overall this is probably among the better looking turned based strategy games created.

As far as sound, they sounds are serviceable if not exciting. This is a turned based game after all. There isn’t anything great to write home about but they sound okay and are not a hindrance to the game. 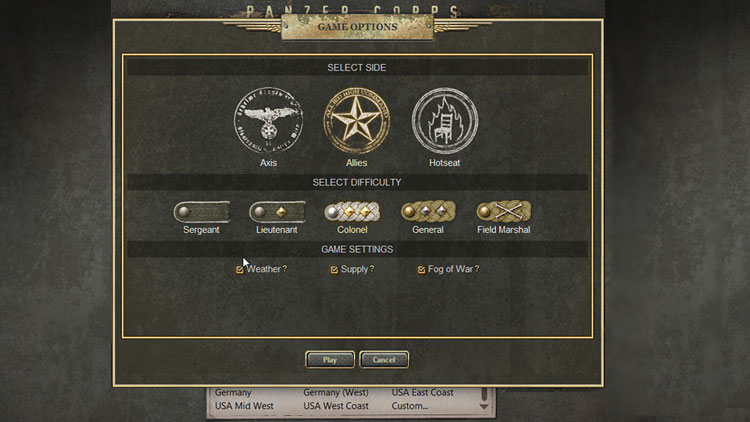 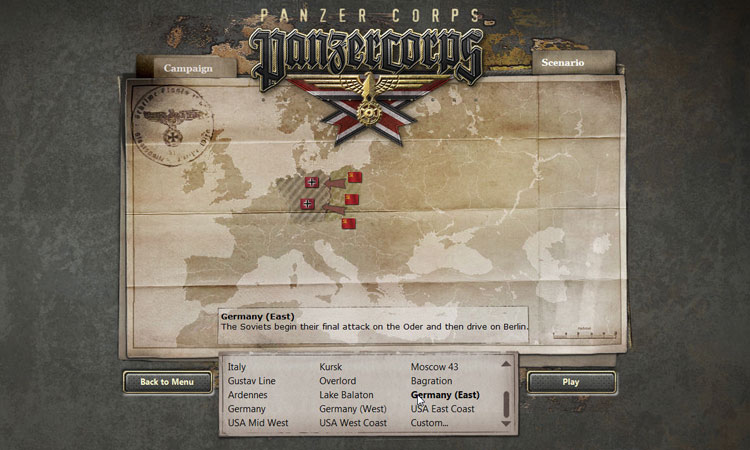 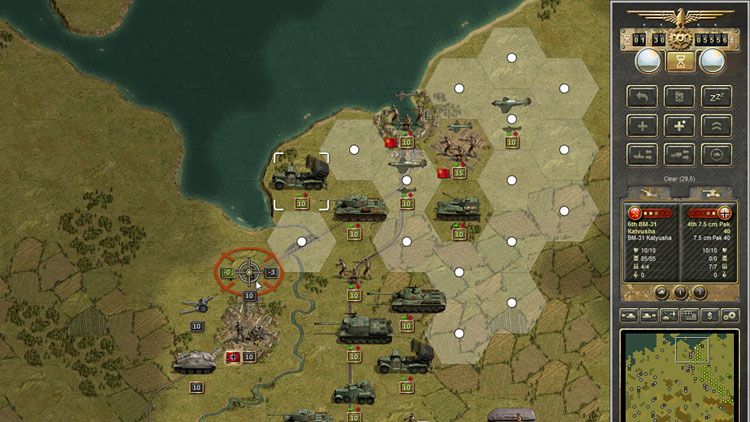