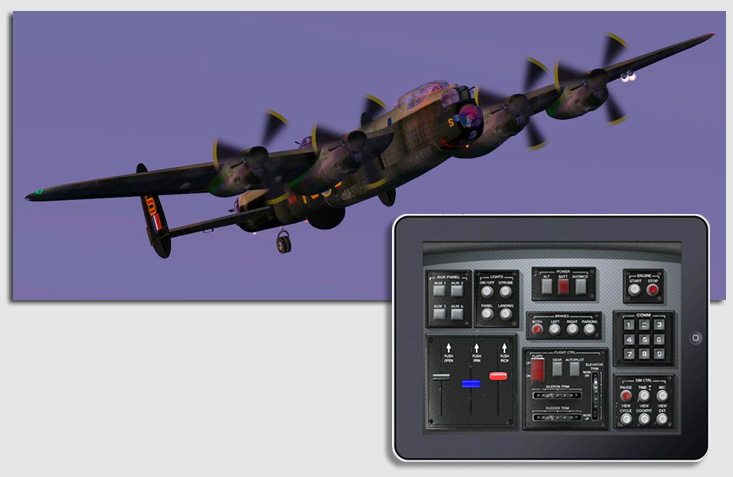 As an armchair pilot of very moderate ability and skill I have for years been deliberately missing out on many features of flight simulations simply because I could never remember those specific keyboard shortcuts that adorn flight sims like the Microsoft Flight Simulator line, IL-2, Battle of Britain 2, and a host of other sims.

By the time I got around to firing up one of the flight sims, I’d forgotten all about what to press for retracting or extending flaps, turning the lights on and off, trimming the aircraft and so forth.

Without resorting to dedicated and specialist panels, or multifunction displays like the Thrustmaster MFD’s, until now the only other option was to bring out the soldering tin, buy the parts and assemble something yourself either by own design or by buying a kit.

Now, all you need is a tablet, either of the Android or iOS flavor, a simulation that will recognize more than one controller, and you’re all set to take to the skies with a panel that is increasing ease of use, and is making your hobby more fun at the same time. 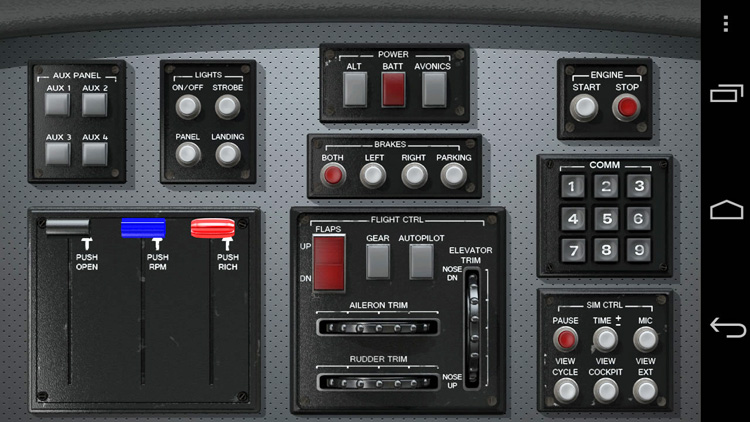 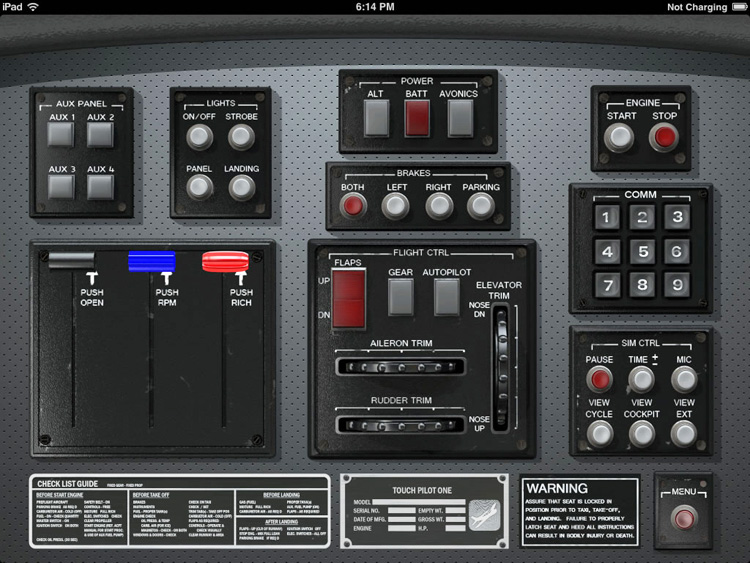 I’ve tested the Touch Pilot One app for Android, and the interface on the tablet is self explanatory as there are buttons grouped for ease of use and by category, for various systems.

They include a group for auxiliary systems, one for lights, power, engine, brakes, comms, flight control and sim control.

There are sliders you can use for controlling for example: cowl, radiator, spoilers, carburetor heat, fuel mixture, or whichever other function you prefer, as long as the sim supports using an axis for these controls.

Apart from the app which of course goes on your tablet, you will need Touch Pilot Server installed on your PC to take care of the mapping between sim and app, as well as installing the right virtual joystick drivers. 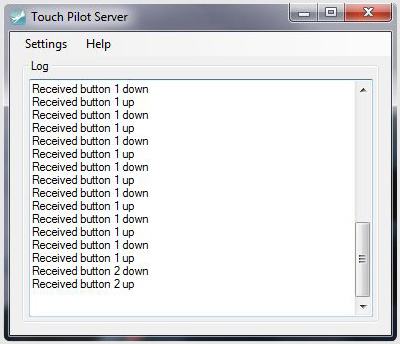 The Touch Pilot Server download contains the necessary drivers and they are wholly certified so installing this and getting the solution up and running is quick and easy.

I have tested and verified it works with: 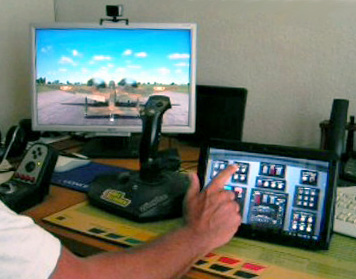 Beta testers have reported it also works with Aces High. As previously mentioned, it should work with any simulation supporting more than one controller.

I have been able to assign pitch, bank and yaw trim to the sliders in Battle of Britain 2: Wings of Victory, as these adjustments seem to make sense to me. BoB2 WoV however seems to be designed with hard-coded keyboard shortcuts for many functions such as applying brakes, sliding the canopy open/shut, and of course it was designed with the interactive cockpits in mind; where you point with the mouse and click to switch magnetos on/off, prime the engine, lower or raise the undercarriage, etc..

Currently, only the panel you see illustrating this review is available. In future it would be possible, if the developer sees fit, to add more panels or for instance sim-specific panels; one set for FSX, another for X-Plane, one dedicated to fighter simulations.

Tiny screen-size notwithstanding, I tested and ran the Android version of Touch Pilot on my Google Nexus S phone (4.3″ screen), and the iOS version should be able to run on an iPhone or iPod Touch, if the 3.5″ screen size does not deter you. 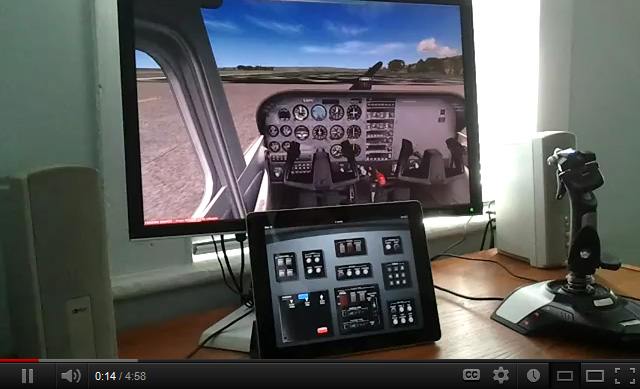 Denying my motorsport persuasion I cannot, so naturally I had to see if this would work with motorsport simulations such as rFactorand iRacing, and although the panel on your Android or iOS device remains aircraft specific and the same panel as shown in the image above, you can assign functions to the buttons to for example pause your sim, manipulate LCD in-car dashboards, or switch black-boxes in iRacing, thus avoiding the F1, F2, F3 buttons to cycle through lap-times, relative positions, tire temperatures etc.

Very handy, and I have it on good authority that the developer is thinking along the lines of providing a driving sim specific app in the future (wink).

If you have been missing that little bit extra in your flight simulation career but not gone for the dedicated panels or MFD’s, this is a great alternative when you have a tablet.

It is clearly much more fun raising and lowering undercarriage and flaps, turning lights on and off, trimming your aircraft, managing your engine, etc. by touching the panel representation for a specific control on your device’s screen than by hitting one or more keys on your keyboard, or buttons on your joystick!

Touch Pilot One will be released for Android and iOS on August 5th, 2012. It will be available at Google Play, the Amazon AppStore, and Barnes & Noble. Introductory pricing will be in effect, at $4.99 USD. The app will be for sale in all countries supported by these app stores. Android 2.1 or above is required.