Norm Koger is a well known figure in the wargaming world. His Wargame Construction Set: TANKS! was among the first games I owned. His Operational Art of War series is still considered by many to be among the best operational level wargames ever made. After OPART Norm seemed to fade into the shadows. Or so we thought.

Norm and his partner — former founder of Talonsoft, Jim Rose — recently put togetherStorm Eagle Studios and started garnering some excitement for their upcoming gameDistant Guns: The Russian Japanese War at Sea. Distant Guns recently went live at the SES web site here. I have had the chance to try out a very late beta of the game and I can say that what I have seen at this point looks pretty impressive.

The Russo-Japanese war was actually a pretty interesting idea as far as a naval simulation goes. In the forty years since the Monitor and the Merrimack warship design had changed dramatically. The fifty year period between the Civil War and the First World War was the fastest era of change in naval warfare the world had ever seen, and has seen since.

Warships changed from simple sailing vessels utilizing muzzle loading cannons to large bore breach loaded weapons capable of penetrating armor and fortifications. Warships were becoming increasingly larger, better armed and armored. Ships considered cutting edge just five to ten years earlier were considered obsolete long before their functional life was over. Indeed, the pinnacle of Japanese battleships, the Mikasa (actually made in Britain), was considered obsolete two years after she was built when HMS Dreadnought slid out for her sea trials.

The Russo-Japanese war of 1904 is considered by many to be a turning point in the fortunes of two countries. Russia, ruled by Czar Nicholas II had tried for years to emerge from its reputation as the poor cousin of the Western World. Japan, after centuries of isolation, embraced the technology of the west with a zeal that bordered on fanaticism. 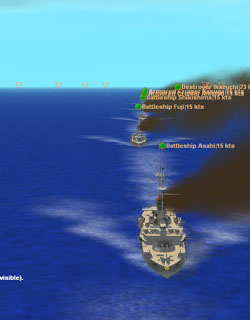 The two countries clashed over the peninsula of Korea and the port of Port Arthur. Japan had earlier won the rights to Port Arthur in its victory over China in 1895 but pressure from Russia, France and Germany forced it to relinquish control back to China. Russia, hungry for an ice free port in the Pacific ‘leased’ Port Arthur from the Chinese, something that infuriated the Japanese.

On paper the two naval powers were fairly closely matched numbers wise, with Japan having some advantage in newer equipment. The biggest difference was in quality and training of the troops. Underestimating their opponent the Russians figured that beating the Japanese would be an easy matter. The Japanese, managed by the brilliant Admiral Heihachiro Togo managed to keep the Russian fleet bottled up in Port Arthur however and as the fleet sat the more despondent they became. Meanwhile the Japanese landed troops around the port and slowly brought guns to bear on the port. In an action that eerily predated the conquest of Singapore the Japanese cut off and bombarded the Russian troops and ships in port.

The Czar, realizing the predicament that his navy was in, dispatched the Russian Baltic Fleet under Admiral Petrovich Rozhdestvenskii. Admiral Rozhdestvenskii, in a feat of seamanship still admired among naval historians, managed to bring his entire fleet of coal fired ships almost 18,000 miles to relieve the garrison at Port Arthur. Besides being a logistical nightmare (the Russians had to rely on German colliers since there were no friendly ports during a large portion of the trip) these warships were not designed for such long voyages.

In addition he had to deal with poor, often substandard troops who knew little of seamanship and even less of gunnery. Ammunition had to be rationed because there would be no way to replenish supplies lost for training. Furthermore the Czar decided to send just about anything seaworthy (and a few scows not fit for sea) along to give the fleet more bulk. The slowing down of his relief fleet meant that he could not bring his fleet to battle before Port Arthur fell. With Port Arthur, and the Pacific Squadron there, gone Rozhdestvenskii had no choice but to head to Vladivostotok. There were three routes available but the only one that didn’t involve either recoaling or getting close to Japan herself was through the Straits of Tsushima.

Despite every roadblock placed in front of him he managed to bring his fleet to the Straits of Tsushima. This is where the Greek tragedy that was the 2nd and 3rd Pacific Squadrons (as they were called by then) played itself out. 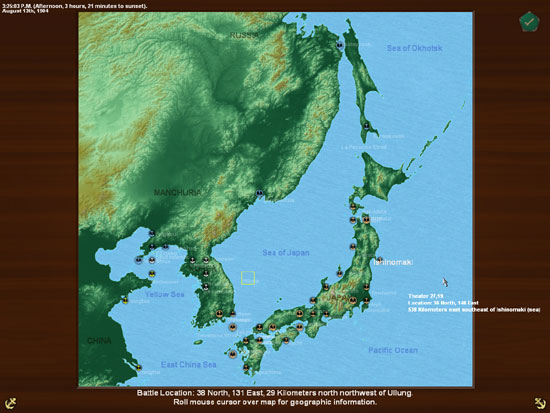