One of the reasons that Silent Hunter 3 and Silent Hunter 4 have remained on hard drives long after other games have been erased is because of the robust campaign system the developers put in place. Silent Hunter 5 continues to have dynamic campaign elements, but also adds a branching campaign system where the player gets to pick exactly where and how they want to continue the war effort. Players can slug it out in the North Atlantic or sail into the Mediterranean Sea.

Like its previous cousins, there is a variety of ways that you can either crank up, or tone down the realism in the game. Realistic dive times, ship targeting, torpedo reloads, battery life, fuel, ability to see your boat in third-person among other things are items that can be turned off or on depending on the type of play you prefer. Some will want to play the game with absolutely no “cheats” so they can feel as close to a realistic naval combat experience as possible while others (like me) can’t wait to jump to external view so they can admire their explosive handiwork first hand. 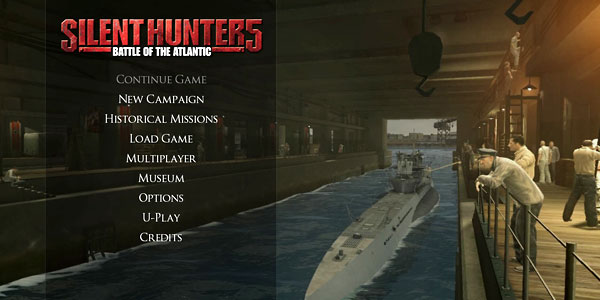 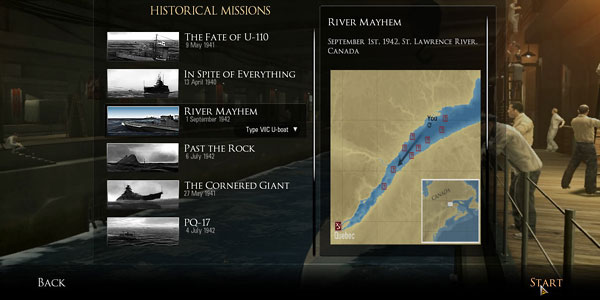 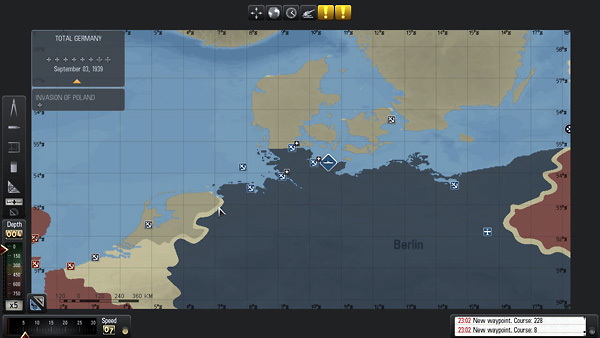 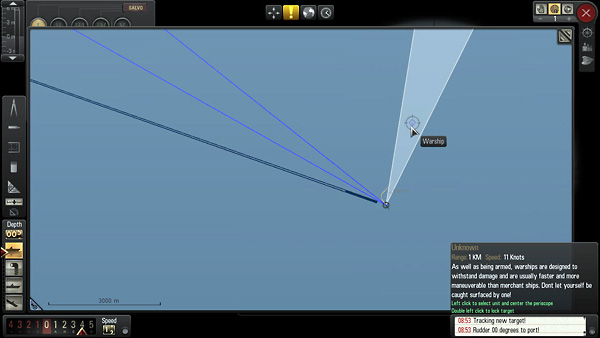 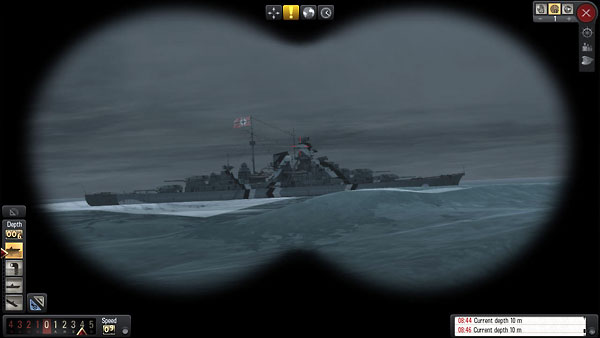 As I said earlier, before the introduction of the “interactive U-Boat” means that gameplay is slightly different than it was before. Manning stations in the past was as simple as hitting a key and you were there. You can still man stations, but now you have to “walk” in real time to that station. It also means you may not be where you need to be when the proverbial [enemy] stink hits the fan. In essence, you have to learn to trust your crew and likewise you have to build your crew up.

Compared to the relatively roomy Type IX and their U.S. counterparts, the Type VII was small and very cramped. This mean close quarters and intimate surroundings. I haven’t seen any Das Boot human-type drama among the crew members yet, but it might be a nice touch for the developers to add. Perhaps its already in there and I haven’t seen it unfold?

The game is going to come with a multiplayer feature that will allow for (hopefully!) virtual wolfpacks. I haven’t delved enough into the game due to time constraints to actually see if wolf pack tactics are used. I hope they are. One of the biggest reasons that the U-boats became such a threat was because of their quick ability to decimate a convoy. One Type VII, on its own can do some damage, sink a ship or two, but the boat is really too small to do more than cause fear and apprehension among the entire convoy. But a wolf pack has the capability to destroy or damage lots of ships. In addition, survival of the boats tends to rely on the dilution of escorts. If the escorts realize that there may be more than one ship attacking a convoy they will be less likely to send all of their warships to counter just one submarine.

To be honest, I was mildly surprised by the fit-and-finish of Silent Hunter 5. That is not meant to take away anything from the seasoned development team. I have reviewed games that were gold launches with more issues than this Beta has demonstrated. I didn’t get the opportunity to test the multiplayer code so I can’t comment on that, but the single player setup is polished. Undoubtedly, I will have some nitpicks that I can throw out in the final shipping release, but lets see if those are still there with the final copy of the game.

This game won’t replace Silent Hunter 4 on my hard drive, but Silent Hunter 5 will have a spot right next to it. Short of a complete screw-up on someone’s part this game looks to be a real winner. I looked forward to it before I got the preview copy, but after spending time with it and seeing its features, details, and remarkable graphics, I am very excited to get my hands on the final version.

Two Hartzell 38-in Propeller Blades For Decoration Only
$325.0