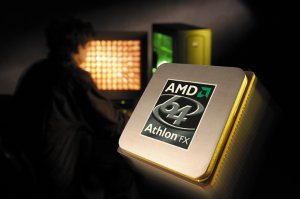 It seems like yesterday that AMD and I were talking about product launches in 2004. I can remember that after looking over both Intel and AMD’s roadmaps, I was not expecting too much action in 2004. At least not early in the year, perhaps a bit more action in the 2nd half of 04. So far, I have not been correct. It’s been busy with CPU launches and my guts (and time schedule) are telling me that the wars are just heating up.

Today, AMD is introducing their most powerful CPU ever, the Athlon FX-53. You might recall that it was just a few weeks ago Intel launched their newest new flagship in the 3.40GHz Extreme Edition (EE) Pentium 4. As expected, the 3.40GHz EE is quite powerful but still, had to justify with the $1000 price tag. With AMD launching their counter to the 3.40GHz EE, we decided to set these two CPUs head to head and see which one owns the CPU crown.

Since we have previously introduced the P4 EE, let’s meet the AMD Athlon 64 FX-53. As with other CPU launches, it’s important to view the spec sheet so let’s have a look:

The first part of the FX-53 tech spec that caught my eye was the GHz speed of the ’53. Yes, this is the first time AMD has been over 2.20GHz! While some might not think this is a monumental step, let me tell you that it is. AMD has done everything short of climbing over 2.20GHz. 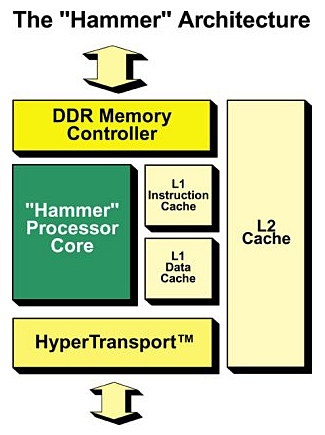 Given the integrated 128-bit memory controller, the 1MB of L2 cache, HyperTransport and 64-bit processing, the FX offers a great deal of bang already. Getting over that 2.20GHz barrier is a good step for AMD. They have taken some heat for being “stuck” for some time, congrats to them for moving on.

The next big move for AMD will be to get on to .90nm (.09 micron) as Intel has done with Prescott. Hopefully, AMD is taking notes on Intel’s troubles with .09-micron and can figure out how to keep that heat down.

AMD’s schedule for movement has them moving to a new package down the road. Currently, the chip is 940-pin which also requires the use of registered DDR. If you looking at a FX solution, you cannot forget that you must use registered DDR! This is certainly one drawback of the FX. Registered DDR is typically more expensive and since no other consumer desktop system uses registered DDR, it likely going to be a one time systems use unless you plan to pickup an MP or Xeon based server system.

Of course most of us don’t just toss PCs to the road, so even if you don’t ever plan to use your registered DDR in another system, you are going to be happy with your FX system for quite some time.

As always, we want to remind you that when buying an AMD system, it is very important to check their web site for validated parts. AMD makes it easy with links from the product page. For your convenience, I have included them below:

Please follow these guidelines like a bible for using the FX. An older Athlon XP HSF won’t fit an Athlon 64 chip… FX or otherwise. Anytime your building a PC, make sure you do thorough due diligence!

Enough with the chit chat, let’s get on with the benchmarks! The true power of Athlon 64 is in the performance.

FRAPS 1.9d used for most benchmarks and all Direct3D benchmarks. Frame rates are an estimate of performance since none of these games have an exact frame rate utility.