I got a chance to get some hands on time with Akella’s highly anticipated (at least by me) PT Boats: Knights of the Sea. Doug literally had to drag me away from the game, basically so he could go play that damned driving simulation he fell in love with so much. Really, this looks like it could be one of the sleeper hits of the year, another Silent Hunter III.

For those that wonder, this will be a straight up PT boat game. Also, don’t plan on playing around Guadalcanal if that is your dream. This game will simulate fighting on the Black Sea and the North Sea but at this time they do not plan on simulating the Pacific Theater. Sergey Belistov, the game producer, did tell me that there is consideration for a Pacific version of the game if there is a perceived demand for it. Essentially if the game sells well, there may be an add on for it.

PT Boats: Knights of the Sea

The version that Sergey had available was pretty limited, essentially only one mission attacking a German Z class destroyer with torpedoes. Many of you have seen the videos for the game on Akella’s web site. The water looks superb. It is a little bit too blue right now but the effects are the best I have ever seen; yes better than Silent Hunter III. Plan on some comparisons between these two titles.

Three campaigns and approximately twenty single player missions are planned to ship with the game. Sixteen player multiplayer will ship with the game and players will have the ability to man multiple stations in the same boat. In addition there will be coop and head to head matches. A couple of disheartening things, it looks like enemy capital ships will not be modeled in the game; the Z type destroyer is the largest warship in the game. Any dreams of attacking the Admiral Hipper will have to be put on hold for now. Likewise there doesn’t appear to be plans to include a mission editor with the game. 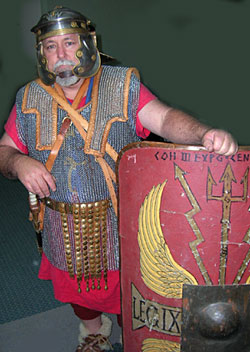 More on this, I have his e-mail so trust me I will pester him for an interview to get an in depth knowledge base on the game. I will say that my interest in the game has only gone up since I got a chance to try it.

There isn’t much else out as far as straight naval simulations go. Akella also has a few interesting titles in the works, one called Age of Pirates and another called Captain Blood. Both of these appear to look similar in many ways and seem to be a cross between Sid Meier’s Pirates! and Age of Sail II. Fans of this kind of genre might want to keep their eyes open for these titles. More on that when I get more info.

Naval games are not at full speed ahead but they are moving. I would like to say that I got some information on Silent Hunter IV or at an expansion for SH3 but there isn’t much coming from Ubisoft right now concerning either title right now. When asked at the European and North American media information counters we were told that there was no information on the game available at the show and that the only information available was on the titles being presented.

Since it appeared that the vast majority of the titles were for console based systems, I was not encouraged.