Today NVIDIA are announcing their successor to last year’s NV40 chip, the G70. With NV40, the Santa Clara-based company were the first to offer the market a graphics chip that supported Shader Model 3.0 and HDR (high dynamic range rendering), and the G70 builds on this architecture with a marked emphasis on arithmetic performance increase. While NV40 saw a dramatic widening of NVIDIA’s previous NV30/FX design that resulted in a significant performance leap for the GeForce 6800s, the G70-based GeForce 7800 GTX hopes to continue the pattern of nearly doubling performance between generations by increasing the parallelism (24 pixel pipes) of the architecture and increasing the efficiency of the new GPU’s 3D pipeline. This SimHQ preview for NVIDIA’s GeForce 7800 GTX is a brief overview of this new part, its features and board specifications, and we hope to offer a full review of the 7800 GTX for our readers in the near future.

The G70 chip is comprised of an astounding 302 million transistors and manufactured using TSMC’s 110nm process. To put the size of this chip into a little perspective, Intel’s Pentium 3 processors were 9m transistor parts, AMD’s initial Athlon 64s were 68m, and last year’s NV40 roughly 220m. Despite this jump in transistor count, however, the 7800 GTX is a single-slot board that pulls 100-110W of power, a roughly 10% decrease compared to the power consumption of the GeForce 6800 Ultra, which is a rather impressive engineering feat considering the part’s transistor count. A short list of the GeForce 7800 GTX board specifications is as follows:

In contrast to the above specs, the GeForce 6800 GT and Ultra boards offered 16 pixel pipes and 32 shader units, with six vertex shader units for geometry processing and texturing, so the 7800 GTX, while a widening of the overall pipeline architecture, does not appear on the surface to be quite the leap over the company’s previous generation as the NV40 GPU was. Yet on top of the 1.5x increase in pixel pipelines NVIDIA have also doubled the instructions each pixel shader ALU can perform per clock cycle, significantly increasing the arithmetic performance of the architecture over previous parts. Future game engines are trending toward becoming more shader-bound, so the 7800 GTX’s 2x computational increase per pipeline definitely seems to be designed with this in mind. In fact, NVIDIA claim that a single 7800 GTX will be faster in Unreal Engine 3-based games than a 6800 Ultra SLI configuration. The company is also claiming significant efficiency increases in other areas of the G70, such as culling, setup, and fixed function areas of geometry processing, and a strong improvement in HDR performance over last year’s 6800s (up to 60% faster). Yet speaking of HDR, perusing the press material gives no indication that the feature will be orthogonal to the entire 3D pipeline (NVIDIA, however, claim fully orthogonal hardware support for HDR in their press material) and thus compatible with multisampling AA modes… gamers will have to continue deciding on their own which feature better improves a game’s visuals. And because of the overall improvements to the efficiency of the new GPU, the performance of a 7800 GTX SLI setup should scale better than that of a 6800-based one. 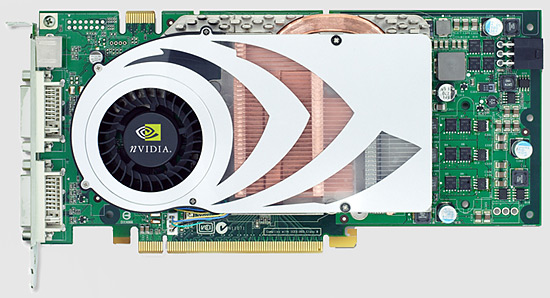 While the GeForce 7800 GTX may not appear too exciting in terms of new features supported-a new anti-aliasing mode, transparency AA, is touted in the Editors Day press documentation, which appears to be a supersampling-based way of detecting and dealing with transparency aliasing when multisampling is enabled-the new GPU is building on a Shader Model 3.0 architecture that has been a market leader insofar as its feature set is concerned for the past year. Perhaps what’s most impressive about the 7800 GTX is its increased parallelism and 3D pipeline efficiencies that together should lend the new GPU a considerable performance advantage over current graphics boards without increasing peak power utilization of the part over that of the previous generation’s cards. Reduced power consumption and heat dissipation in feature-rich, fast parts is a winning combination for end users and a trend SimHQ would love to see continue into the future. The GeForce 7800 GTX has begun shipping in volume according to NVIDIA and should be available from online vendors beginning June 22nd. The MSRP, however, is currently set at $599 USD, an unfortunate continuation of the negative trend the market has seen develop in recent years with the increasing price of high-end graphics boards during product launches. While the 7800 GTX board is the only part announced today, NVIDIA will undoubtedly fill out their product line for this generation with a variety of boards geared toward the mainstream and OEM markets (a 7600, akin to the current 6600, a vanilla 7800, and perhaps even a Ultra board if ATI’s expected announcement later this summer is a performance threat to the GTX).