Medium Low Setting. Both of the Core 2 processors from Intel cracked the 3-digit mark, leaving the FX-62 trailing behind by a startling distance. The X6800, in fact, was basically 50% faster than the AMD part, with the E6700 coming in roughly 45% higher. This category creates rather underwhelming visuals for a major title, however. 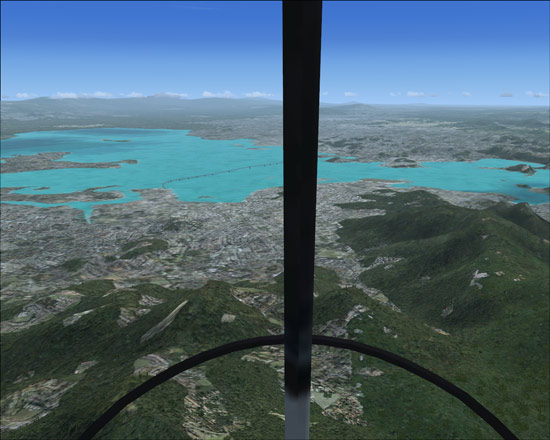 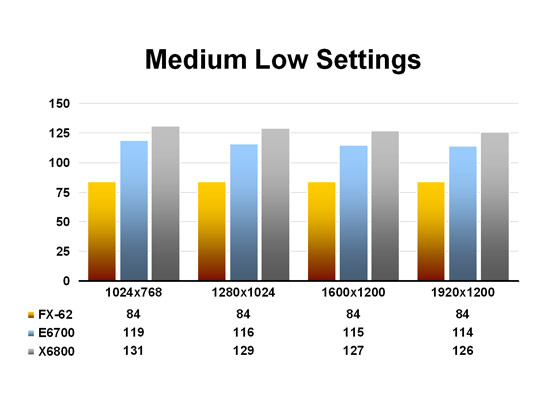 Medium High Setting saw a massive frame rate drop compared to the first category for all three processors. Yet the slower Core 2 CPU outperformed the FX-62 by over 20%, and itself trailed the Core 2 Extreme part by roughly 20%. This category sees a nice increase in the terrain mesh, though, with some distant buildings by the waterline in the city becoming visible. 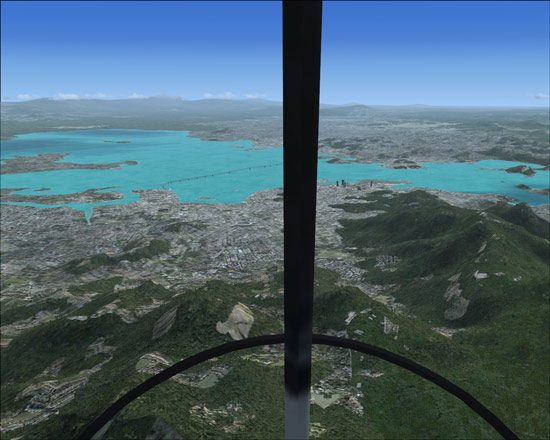 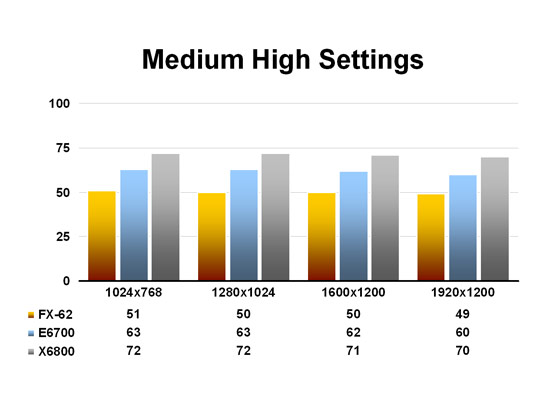