Intel regained desktop performance dominance in July of last year with the release of their Conroe-based Core 2 Duo processors, firmly wresting the top position away from AMD’s Athlon 64s that had so thoroughly trounced the later Pentium 4s. In the following months, Intel increased the pressure on their competitor by engaging in a sort of price war; Intel, by far the larger company, was willing to cut into their product’s margins since this tactic would force AMD to respond in a similar fashion. The result has been a year’s worth of stark differences between the fiscal quarterly reports of the two companies. Worse, while AMD has yet to respond to the Core 2’s with a new processor architecture Intel is today lifting the embargo on their update to the Core 2 Duo lineup with the Core 2 Extreme QX9650.

The QX9650 is based on a next-generation Core 2 architectural update, code-named Penryn (Yorkfield for quad cores and Wolfdale for duals), and is being produced with Intel’s 45nm high-k plus metal gate process technology. Earlier this year Intel claimed that high-k/metal gate transistors are a major step forward for transistor technology, perhaps the largest in decades. And there is likely quite a bit of truth to such a lofty claim instead of just a reminder to the press of the substantial process technology lead Intel enjoys over AMD; the major benefit of this technology is the reduction of power leakage, which was the bane of the Prescott-based Pentium 4s and their incredible thermal output. Reducing leakage enables higher clock speeds while remaining within the same thermal levels, or even lowering power consumption while maintaining current processor performance levels.

Intel’s 45nm process also allows for a doubling of transistor density, which explains the increased L2 cache size, up to 6MB per set of cores compared to the previous generation’s 4MB. Since the QX9650 is a quad-core processor, this gives the part a whopping 12MB total of L2 cache. In contrast to AMD’s upcoming Phenom quad cores, the QX9650 continues Intel’s pattern of using two dual-core chips on the same package to create a quad core. The CPU is clocked at 3.0 GHz, runs at a 1333 FSB, is comprised of 820 million transistors, supports SSE4 instructions, is, as typical for Extreme processors, unlocked for overclockers, and is supported by Intel’s P35 or X38 core logic chipsets. Beyond larger caches, though, Intel has made other improvements to the architecture, such as the ability for each core’s L1 cache to move data to the other core’s L1 without using the L2 cache, which should enhance overall cache performance. Integer and float performance are both reportedly improved, and the SSE4 instruction set will reduce the number of cycles required for video encoding and decoding of compressed streams.

The QX9650 has a TDP rating of 130W, yet Intel will be launching a full range of desktop processors based on Penryn, with dual-core variants arriving early next year that should sport clock frequencies higher than 3.0 GHz while retaining the 65W thermal envelope of current Core 2 Duo CPUs. The QX9650’s price is not yet announced to reviewers, an unusual move on Intel’s part, but will probably be that of the typical Extreme part from Intel, costing vendors $1,000 per chip when bought in bulk. 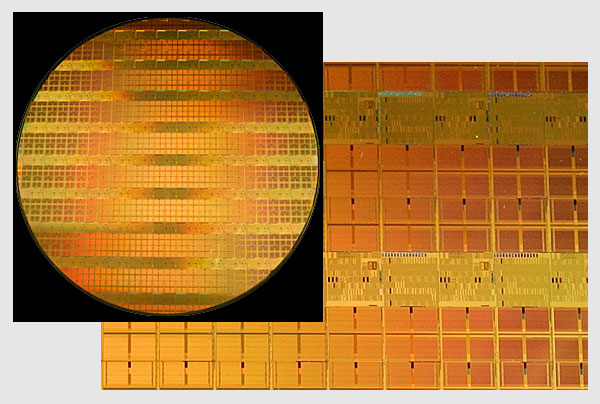