The final item was a stick of Corsair 1GB Dominator RAM that I had accidentally ordered instead of the 2 – 2GB sticks Dominator. I had been advised by guod to just put one stick in for the initial boot up to make sure the machine would “POST” (Power On Self Test). 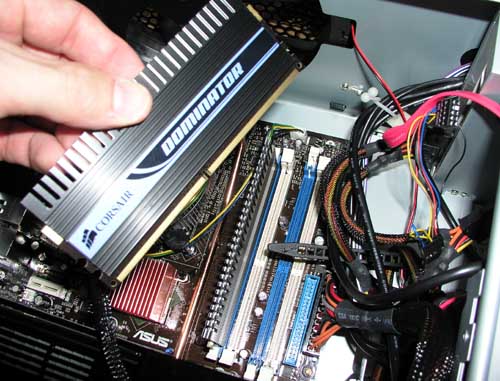 After speaking on the phone with guod and double-checking all of the wiring and connections he asked if I was ready to give it a whirl. I hooked up the power cord, a monitor, and a keyboard and mouse, held my breath and hit the power button. And… nothing happened.Nada. Zip. I stood there, slightly stunned, but not really surprised. “Don’t panic!” I heard guod urging, “It’s probably just something simple like the power on lead.” Scratching my head I leaned into the guts of the computer and pulled out the power on/reset/and drive LED wires. Earlier guod had suggested using the Asus lead “block” that allows you to easily see where the leads are supposed to go, but I was confident I could just plug them into the pins on the motherboard because the locations were self-evident to me. Unfortunately, my logic said that putting the leads on the pins across the row made more sense than putting them on the pins laterally down the row, which is the way it is supposed to be done. So I plugged the leads correctly into the little block, then inserted that into the motherboard and pressed the power button one more time and my creation sprang to life!! 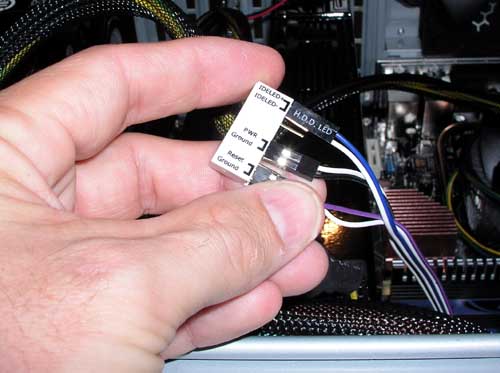 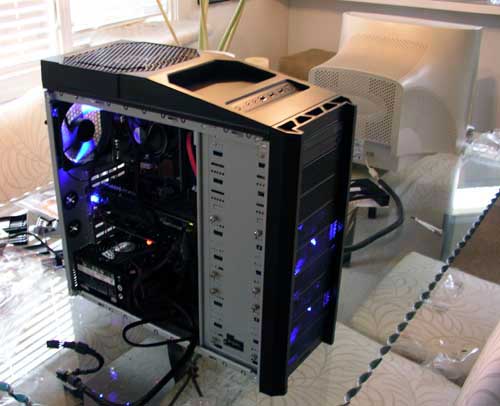 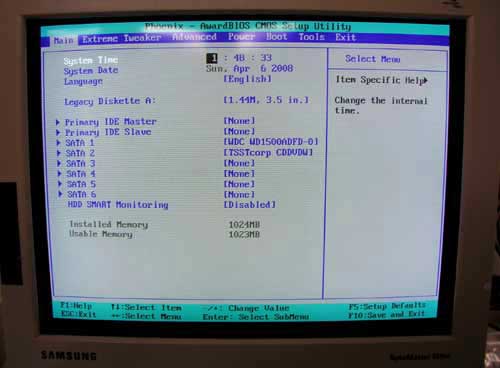