Of course, the star of the 1C/1C Game Studios Game Night event was the IL-2 Sturmovik follow-on, Battle of Stalingrad. Battle of Stalingrad takes pilots back to WWII to fly and fight the air war of the epic Battle of Stalingrad from both the Russian and German perspectives. Albert “Loft” Zhiltcov and Jason “Jason” Williams were on hand to walk us through the details of the development, showing us amazing clips and photos, and to give us hands-on time with the current pre-alpha version of the game.

Players will get to fly historical accurate and richly detailed aircraft with functional cockpits and detailed physics models based on Soviet test pilot reports. More than just eye candy, in addition to energy and ammunition, pilots will need to manage manifold pressure and propeller pitch to maximize performance while maintaining engine cooling. The damage model looks to be the most extensive ever modeled in a flight sim. The terrain (all 31,000+ sq mi of it) accurately represents the battlegrounds of the Stalingrad fight, down to the individual buildings as recorded by the original German invaders.

One can’t discuss the future of the I-L2 Sturmovik series without at least acknowledging the controversy that engulfed our community during the development lifetime of 1C’s ill-fated IL-2 Cliffs of Dover. Friendships were broken, normally civil tongues waxed pernicious[1], and the internet equivalent of a world war ravaged across multiple forums, a war which has never officially ended. Emotions are still tense on the subject and battles flare up from time to time but, thankfully, the majority of the drama has died down. When the Battle of Stalingrad project was announced I must admit I had the same mixed feelings as many folks: elation that a modern WWII combat flight sim was on its way and the one-bitten-twice-shy dread that it would be yet another disappointment. This enthusiast, however, is ready to move on while remaining skeptically cautious.

The team had set up a handful of stations for us to demo their product. The PCs were pretty beefy looking  although I’m still waiting for official word on their specs, and there were two different HOTAS setups: the infamous Thrustmaster Warthog and the less infamous but quite respectable T-Flight Hotas X. Conspicuous by their absence were rudder pedals and TrackIR. Although my feet did keep searching for the dang yaw control, I missed my head tracker the most. I kept trying to jerk the camera around the cockpit with my head and I noticed I wasn’t the only one doing it. 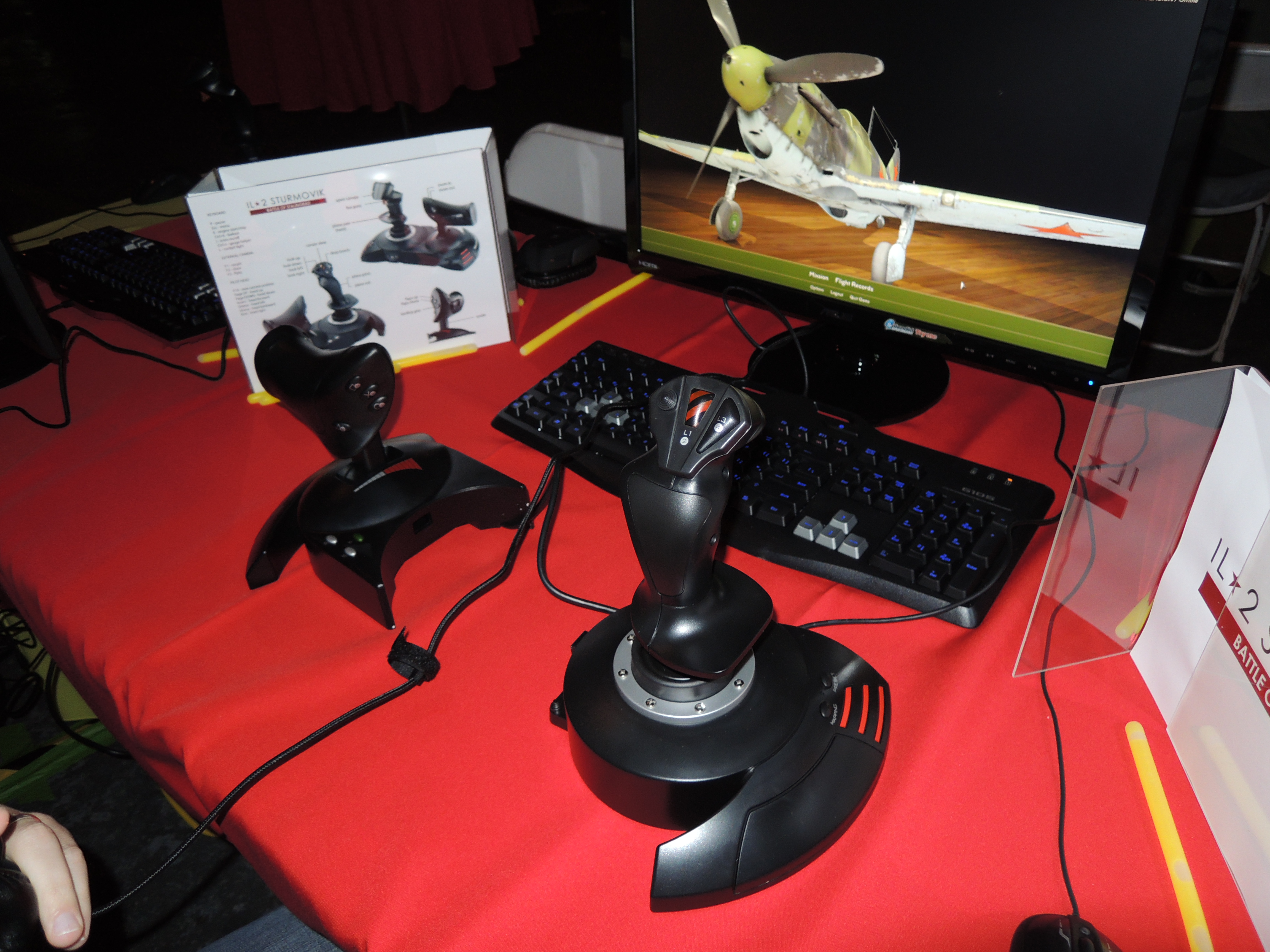 Even without those handicaps, it’s difficult to make a complete detailed assessment of a pre-alpha version of a flight sim at a media event where free drinks are being served and attractive models are roaming the floor, but here’s my best attempt. 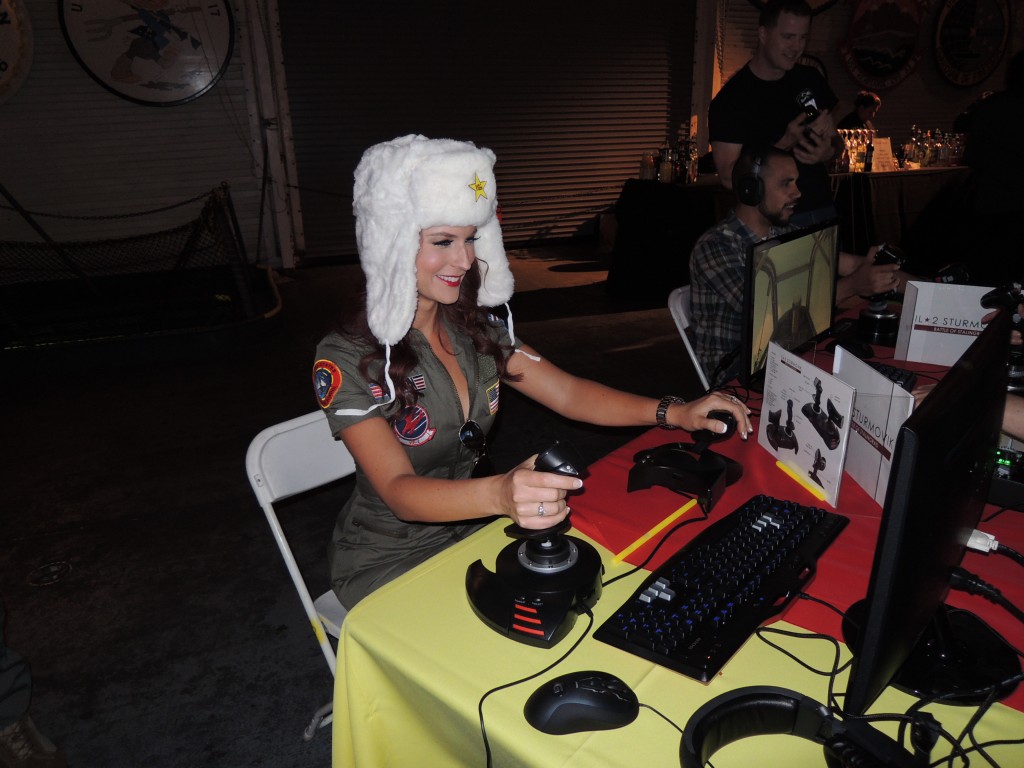 Spokesmodel Hope takes IL-2 Battle of Sturmovik through its paces.

The demo we were given had only the LaGG-3 and Bf109-F4 to fly, so I chose to jump straight into flight in a LaGG-3 (смерть фашистам!) to check the sim out. (There will be more than two planes in the early access beta – see below). My initial impression was shock that this product was considered an “alpha”. Was it really only seven months ago that this project started? Both the LaGG and Bf109-F4 cockpits are finely detailed with a fully fleshed out panel, an expertly rendered worn-texture look, internal shadows, and very believable glass scratches/cracks. As it is a pre-alpha build, I didn’t extensively test out all the dials and gauges but the devs indicate that they are all fully functional.

The aircraft look great from the outside, as well. The LaGG is part wood, part metal, and you can clearly see the different textures in the right lighting. This attention to eye candy detail extends past the aerial stars of the show – the terrain, ground units, even the buildings look amazing for a combat flight sim. The sky and Earth blend together at the horizon giving an impression of great distance, making you feel more like you are flying across a vast expanse of real Earth, not just a narrowly rendered bubble. 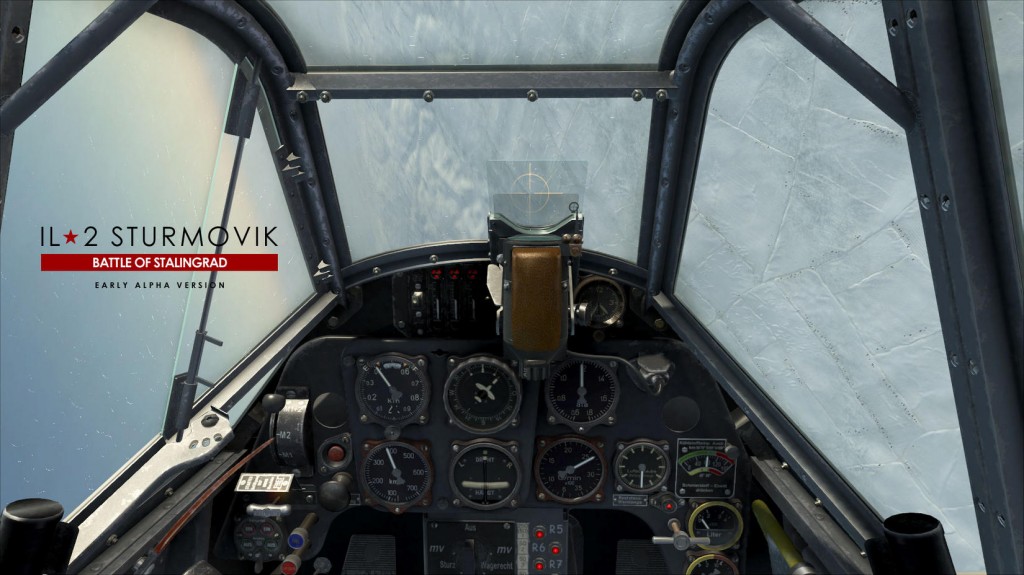 Immersion (a key goal of the project, stated by the developers) is much more than just visuals, however, especially when the sim has you sitting just inches behind the engines of some of the most powerful piston aircraft that ever flew. Sound plays a critical aspect in completing the illusion. You may have seen the YouTube video of the Bf109 flyby, showing off the sound capabilities of the new sim and I can confirm that the video is no hoax: the in-game engine sounds are fantastic.

In addition to the aircraft, ground vehicles are getting a face-lift as well. Albert showed us a number of highly detailed ground units, including tanks, trucks, and Katyushka rocket launchers. Buildings and static objects get shadows and lighting effects as well, making for an extremely detailed and immersive ground scene. The dev team is working on night environments, complete with vehicle headlights and beautiful sunsets. I’m really hoping we’ll see more videos from the developer showing off this aspect of the sim as development progresses. 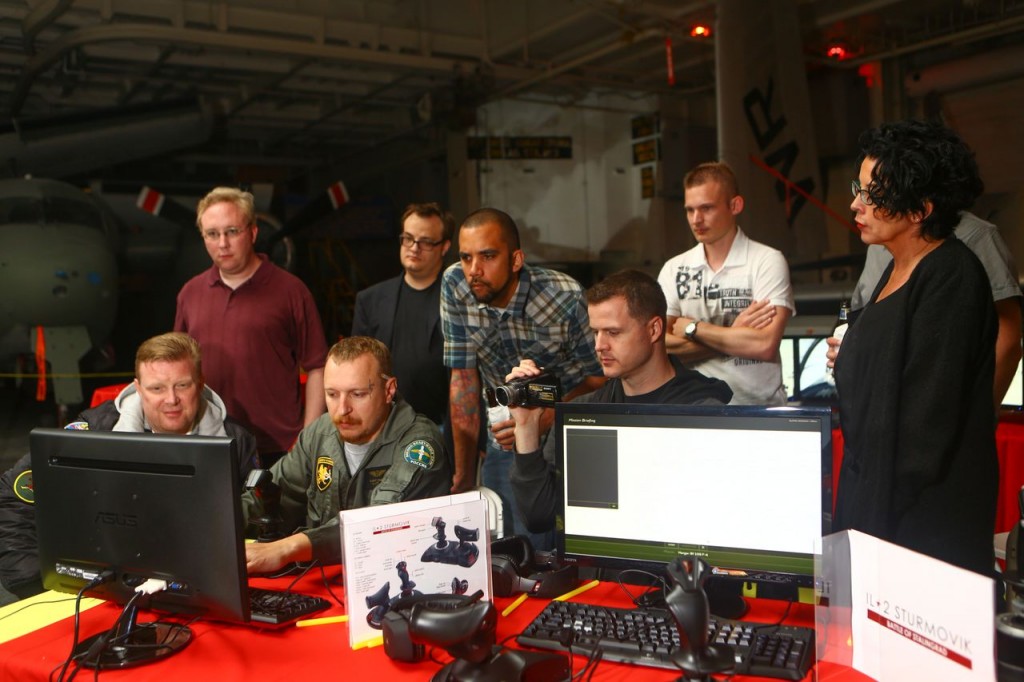 General producer Albert “Loft” demonstrates his intense passion for his game with a group of enthralled onlookers. (Courtesy of Traction PR)

Flight models seemed very good – the planes handled well and gave a believable stall. Ground handling was tough to test without rudder pedals, and although I expect similar performance as RoF, I’m looking forward to seeing whether the Bf109’s landing gear have the same bite in game as they did in real life.

I didn’t check or compare climb rates, max speeds, or other performance table items with the aircraft, but I wouldn’t expect a pre-alpha to match all numbers across the book at this stage. We’ll do more of that level of testing and comparison during the early access period. 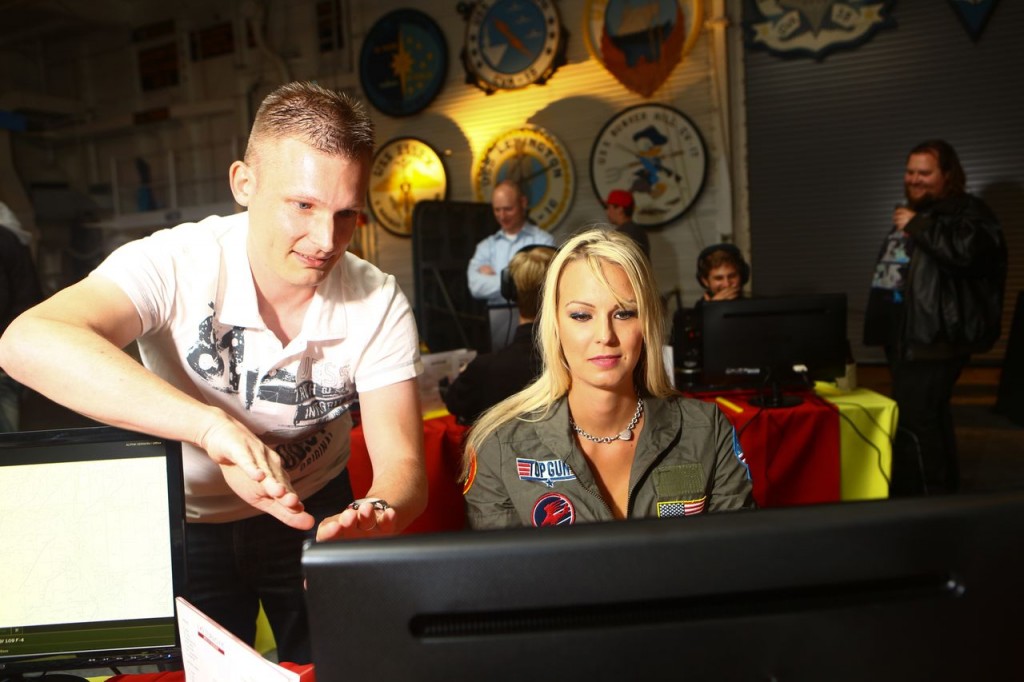 The AI fly the same aircraft flight models that the pilots do, a great answer for a common complaint in our genre. For this reason, every aircraft in Battle of Stalingrad is also flyable – why go through all the work of making a detailed and accurate flight model and then keep the player out of it?  The AI is also modeled with unpredictable behavior and is capable of making human-like errors. No SkyNet in these skies!

While I doubt that the missions we were playing were stressing in terms of CPU/GPU resources, frame rates were solid through out the demo. No tearing, no stutters, no nagging visual artifacts – again, great performance for an alpha build. The dev team has acknowledged they still have to incorporate resource-hitting effects into the sim but confirmed that it is a high priority for them to optimize their code from the start so that players will not need to go out and buy the latest hardware in order to be able to play their game. “If your machine can play Rise of Flight well, it will be able to play Battle of Stalingrad.”

Speaking of immersion, the developers aren’t able to commit at this point, but they did mention they are looking at integrating the Oculus Rift to take visual immersion to that next level. Having tried one of these at E3 2013, I am excited about the possibilities this brings. The Rift still needs a high-speed display to reduce motion blur, and not being able to see around the unit may be a handicap for some, but the 100° field of view and intuitive head-tracking promises to be a genre-wide game changer.

One <sigh> I had was that the mission editor in Battle of Stalingrad will basically be the Rise of Flight editor, just updated as needed for the new planes and missions. While the dev team acknowledges that the editor can be a bit cumbersome to the uninitiated, it is the same tool that the devs use to create all their missions – it is fully functional and very powerful, once you get the hang of it. The team expressed a desire to put some effort into making the editor more accessible, but noted that their first priority will be Battle of Stalingrad’s gameplay. I’m hoping some skilled and enterprising folks out there can not only make some immersive and well-designed missions, but also take their time to create more tutorial guides and references for those of us that could use a little extra help.

Anybody who has ever flown with me knows that while I know a thing or two about the switches inside the cockpit, I’m not that great of a dogfighter. In fact, I stink. Thankfully, Battle of Stalingrad will offer global statistics so everyone can see just how bad my stats really are. There will be no legend for me to live down to, it’ll be black and white (or white and red or whatever color scheme 1C Game Studios selects). Of course, on the flip side, you aces out there will be able to barrel-roll your way up to the top and have leaderboard screenshots to use as bragging rights on the forums. Just don’t expect anyone to be impressed when 90% of your kills are “EinsteinEP”. 😉

What Am I Buying?

Pre-orders for Battle of Stalingrad started on July 26 and have two offerings: the Standard Edition for $49.99 USD and the Premium Edition for $89.99

There are no published minimum or recommended specs at this time but, as mentioned earlier, the devs are not planning on making folks buy all new hardware. If your machine meets the Rise of Flight recommended specs, it will probably play Battle of Stalingrad just fine. We hope to hear more about this bar as release comes out – after all, what good is a winter release date if not an excuse to upgrade your hardware? 😉

You can go to the IL-2 Sturmovik: Battle of Stalingrad website to pre-order yours today.

*These planes are not initially available but are unlocked  during the single-player campaign. The development team is still working out the details of the multiplayer experience, so it’s not clear whether or not these planes will be available to everyone in multiplayer on day 1 just yet, but we’ll be watching for clarification during the beta period.
**The La-5 and FW190 A3 are included with the Premium Edition but may be purchased separately by owners of the Standard Edition.

I still feel the pain of my Cliffs of Dover experience but it’s a pang of loss, of a void that has yet to be filled, and Battle of Stalingrad is shaping up nicely to fill that void. During the time I got to spend with them, it was very clear that the devs are passionate about making a game that is fun to fly, has authentic physics, and also looks great, not to mention delivering it on a timely schedule. The fact that they’re opening up their product to an early access period means they’re interested in hearing the opinions of the community and getting feedback on their effort, usually a good sign. Sun Tzu said that no battle plan ever survives contact with the enemy, and the Battle of Stalingrad schedule may get perturbed one way or the other during the chaos of development, but the progress that they’ve made in just the past seven months is pretty convincing that they’re serious about delivering a good product. 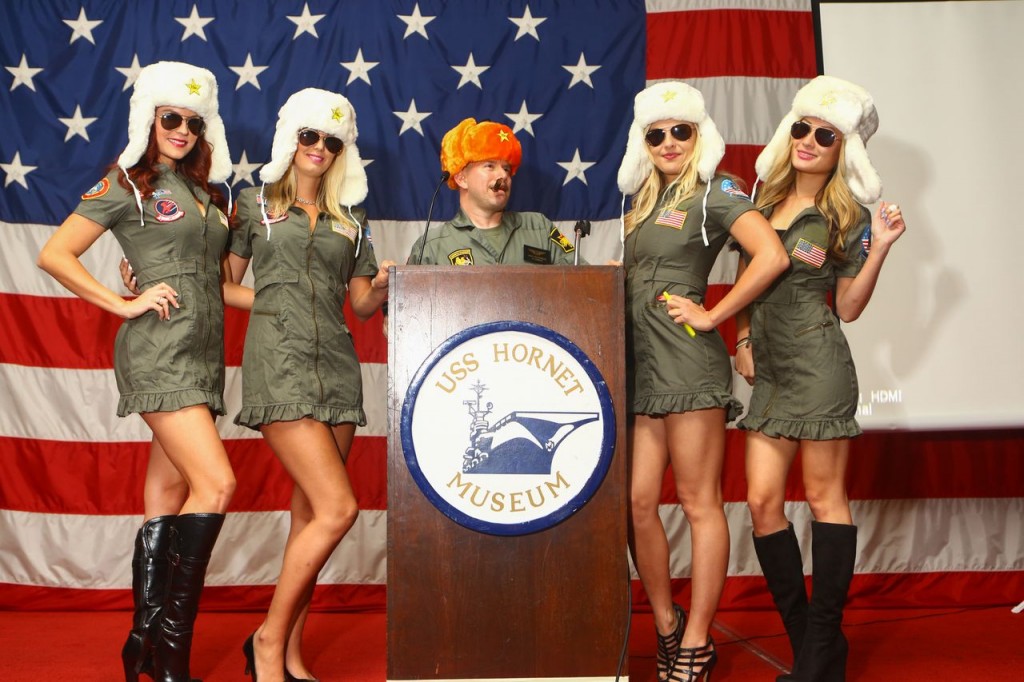 1. I had to look this word up, too.  http://dictionary.reference.com/browse/pernicious

Discuss this article in the forums…