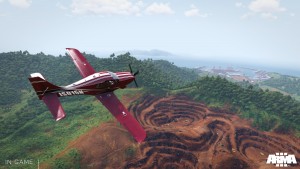 During the PC Gaming Show at this year’s E3, Bohemia Interactive was on hand to reveal a gorgeous new trailer for Tanoa, the newest expansion for its venerable military shooter, Arma 3. The new expansion, which isn’t set to drop until 2016, showed off a surprising amount of color and visual variety. Those familiar with the muted color pallet of the franchise will, hopefully, be pleased to see Tanoa’s vibrant tropical island landscape.

The island area of Tanoa features lush jungles, sun-sparkled water, and fresh, open skies. Furthermore, the area is surprisingly civilian in nature. The characteristic warzone feel that permeates most of Arma 3’s maps has been replaced with the tranquility and beauty typically associated with lavish vacation resorts.

Situated in the South Pacific, the island province of Tanoa is one of many that, together, compose the Horizon Islands – an independent island nation with historic ties to both East and West. Formerly an outpost belonging to the Empire of Japan, before its liberation by US Marines in 1944, evidence of a long history of conflict and turmoil can still be found dotted across the island – relics from times long-since passed.

Nowadays, Tanoa thrives off rich deposits of rare earth metals exported the world over, but controversy and civil unrest have long surrounded these efforts due to the perceived social, economic and environmental impacts of their exploitation. Tanoa is also believed to be a hub of illicit trafficking in the Pacific, but no formal charges have ever been raised.

In 2035, Tanoa continues to enjoy a prolonged period of apparent peace and prosperity, but the volatile geopolitical situation on the world’s stage threatens to destabilize the region, and plunge it into darkness once more.

Tanoa marks the first time a South Pacific destination has been featured in the Arma series, and brings with it over 100 km² of landscape to “Walk, swim, drive, fly, and sail your way across.” 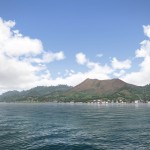 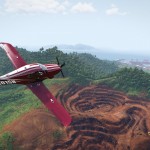 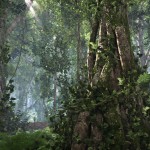 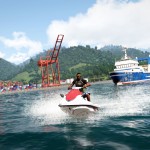 Dean Hall struck gold when he decided to create the DayZ mod for Arma 2. It was the catalyst that ended up getting him a job with Bohemia Interactive and spawning a full-on standalone version of his original idea for DayZ. Even though Dean left Bohemia Interactive last November, and DayZ’s concurrent player numbers have dipped almost 50% recently, there is still life in the ongoing project and plans in the works.

Brian Hicks, DayZ’s producer, announced at E3 that the game will be getting the ever-requested Single-Player mode which users can host locally on their own computers. It seems to be the hopes of Bohemia Interactive that this mode will give modders the chance to test their mods offline and allow them to make changes. As anyone who participates in the gaming community knows, mod makers can give a game true longevity. The Single-Player mode will also help alleviate the social aspect of the game, which has recently, and perhaps inevitably, begun to fall apart. Almost gone are the days of being able to explore the game in peace. Of course, there has always been the risk of getting mobbed by a group of other players and killed before you can so much as blink. However, in the recent months even the “good guy” players have started adopting the shoot first and ask questions later mentality, which can severely hinder a new player’s experience. Hopefully, the new Single-Player mode can help ease new players into the game before throwing them to the wolves in online play. 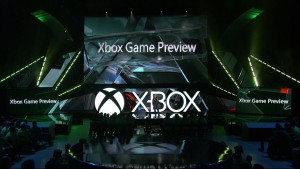 It was also announced that DayZ will be coming to Xbox One in the future via the Xbox Game Preview Program (similar to Steam’s Early Access Program). While this is clearly good news for Xbox One owners, it also opens up the possibility for Arma to make the jump to consoles, as well. Whether you agree with that course of action or not, it does add the fact that gaming communities are becoming increasingly homogenized. Usually you hear the word “homogenized” in a negative context, as it often points to something becoming dumbed-down and bland. However, in this case, I think it’s a good thing that the barriers between console players and PC players are slowly crumbling. Even if Arma 3 doesn’t find its way onto consoles, I’d bet my left eye (not my right eye – that’s my good one) that Arma 4 will be cross-platform. As console architecture begins mimicking the PC more and more, hopefully we’ll have fewer and fewer “exclusive” titles that make us groan when we discover that new-cool-looking-game-we-need-to-play isn’t coming to our platform of choice.