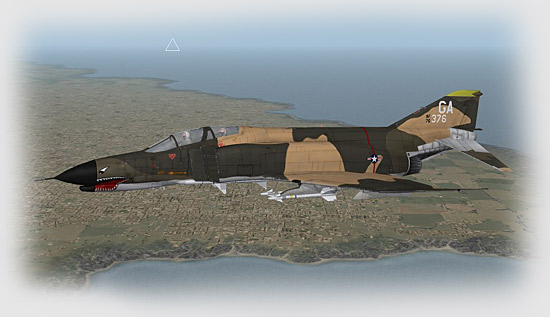 One of the things I look really hard at right away, before I do any real combat in a new sim, is the flight model behavior. While most of you know I’m a real pilot I don’t expect perfection on my PC, at least not with the hardware most of us possess. I do want things to work like they should, and display at least believable and physically correct characteristics for particular aircraft. After a few hours in this sim post patch, I’m not convinced this goal has been achieved. Most of the time FM behavior is straight forward. The F-4 behaves a lot like I think an F-4 should. The A-4 also does a decent job in most regimes and I do have quite a few hours in the real Skyhawk during my Navy training days. The F-100 seems to be much too sluggish in all regimes, low and high speed, and doesn’t jibe with folks I know who actually flew the “Hun”. The F-104 suffers from some almost show-stopping FM problems in pitch and rudder control. Pitch oscillations are huge and some ridiculous attitudes and angles of attack can be generated resembling nothing of reality. I think some of this can be attributed to my system and control inputs, but I’m sure the FM is very suspect as I have few problems with other sims and my hardware. I use a CH F-16 Combatstick and a programmable CH Pro throttle. A good many issues were resolved with the patch as far as performance is concerned and overall dissimilar air combat is much better now. This is particularly true with what was obviously an overpowered MiG 17 and with the patch has been corrected.

There is one issue with the flight model in all aircraft that for me is a definite showstopper. It concerns the roll performance and the modeling of roll inertia when using ailerons. Part of this is likely a bit of my bias due to the fact that I’m a real pilot and know how it should be in reality. I also have some deeply rooted intuition about how an aircraft should behave due to my real world experience. At the same time I temper this with the fact that this is a simulation and I know it wont be 100% like the real thing, but it should be at least close. In this sim its grossly in error. Lets take an example, and this is with the worst offender, the A-4. 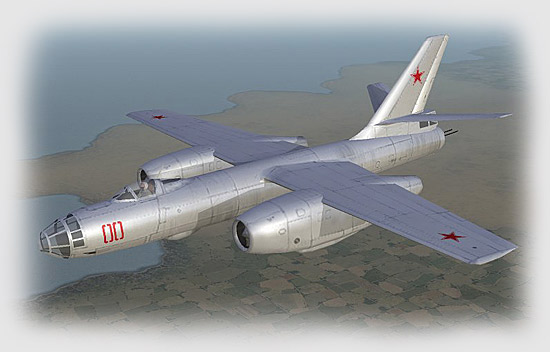 I’m flying along at about 350-400 knots in my trusty scooter. In the real world lets say I want to make an aggressive turn to change my heading. I would displace the stick to the left or right and begin the roll, which in the A-4 at these speeds is quite crisp. While doing this I start a pull aft on the stick to compensate for the change in my lift vector to maintain level flight. Shortly after that I reach 60-80 degrees angle of bank and I then STOP the roll with an aggressive but smooth input in the OPPOSITE direction and neutralize the controls to hold that angle of bank. This results in a crisp snap to a particular attitude followed by some moderate G loads and I then reverse the process to roll out on my desired heading. Nothing approaching this can be accomplished in the sim. The inertia from the initial roll input is so large that it takes far too long to stop the roll and you end up in a gross overshoot of your intended angle of bank or you actually end up doing an aileron roll or two stopping the wings from rolling about the longitudinal axis. The first time I saw this I laughed. It was weird, just downright weird. I quickly realized it was evident in all the aircraft but is most pronounced in the Skyhawk. This is a huge flaw in any kind of air combat or weapons delivery. Attempting any sort of aggressive maneuvering at low altitude will quickly result in a ridiculous PIO (pilot induced oscillation) and collision with the ground. If your lucky you can recover by pushing forward on the stick as your inverted and hope to stop the role in an upright position and recover. During ACM you have to consciously think far too much about this roll sensitivity and can easily screw up any kind of rolling advantage you might have had against an opponent in this aspect. Not my idea of a pleasant flight model and one of the reasons Its hard for me to spend any time at all with this sim now. Trying to live with it is just too big a concession destroying my enjoyment of the sim. If you can get by this then more power to ya!