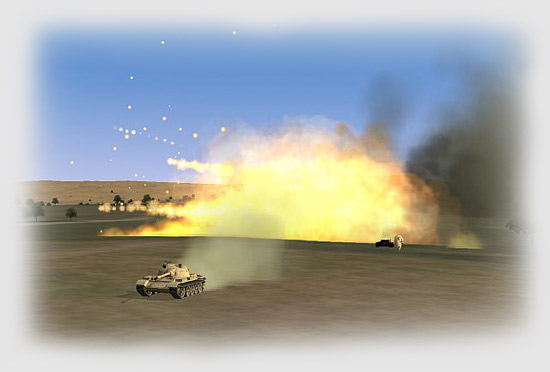 Overall I have not been impressed with the gameplay. Instant action is actually quite good and one of the more “fun” aspects of the sim. Your placed in a close in fight with multiple bogies and lots if immersive radio calls. A good bit of the time though its hard to tell if your being given advisory calls or its for someone else. I found myself checking my six a whole lot and it probably wasn’t even for me. Single missions are ok but it feels like your doing the same thing all the time, even though your actually flying different types of missions. There is not a whole lot of detail provided and you have no control over the mission once its set up. I found it a big disappointment that there is no mission builder included. Yeah that’s right , no mission builder. In all fairness I have been reading some posts about tools getting released to do this so I have my fingers crossed.

The Campaign is nothing to write home about. One of the problems for me with the campaign has to do with the setting. The conflict is between two fictional countries, Dhimar and Paran somewhere in the Middle East. The time frame is the late 50’s and early 60’s. Now pardon me but how long has it been since Viet Nam? What pray tell is not “politically correct” about portraying the Vietnam war? Why is it ok to simulate just about any other war you can think of but not this one? This conflict is ripe territory for a simulation. The varied nature of missions, the frustrating rules of engagement lend themselves beautifully to what could easily be one of the best campaigns ever seen in simulation history. Its also one of the better documented conflicts in recent times providing an open architecture sim with unlimited possibilities. Not using Viet Nam as the centerpiece of this simulation is a big mistake in my opinion. While it can be successful in its present form I feel this is a huge missed opportunity. My guess is within a short time frame we see the modders figure out how to do it anyway. I’m behind them all the way. 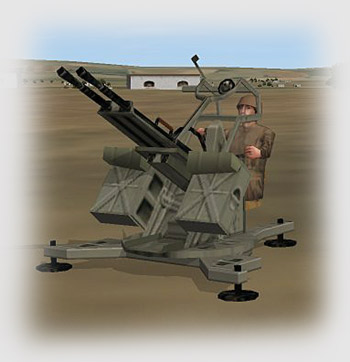 The campaign provided while being fictional does have a plausible scenario related to oil rights and who has the strength to keep them or take them for their own. I felt as if it was the same mission over and over again while flying a Navy A-4 pilot campaign. The dates were changing but I kept checking to see if it was the same mission like I was in the twilight zone or something. Mission composition is uninspired and targets and briefings seem to all flow together. Briefings are short and information is at a premium. Intelligence is almost non existent and the maps leave much to be desired. You can select to start at your base or near the target, and the skip to next action feature works as advertised now. It was broken in the pre-patched version. The AI is a strange mix of good and bad. A lot of the time wingman will do what you ask, but every now and then they wander around aimlessly and fail to engage ground targets forcing you to endure some pretty accurate and seemingly uber AAA. They do drop bombs and shoot at stuff now which is an improvement over pre patch behavior. AI opponents seem to possess some good skill and appear to use the strengths of their aircraft but this is also inconsistent. You’ll see IL-28’s flying around in tight turns with fighters when they are around. Sometimes the AI is strangely blind and you can run right up on them and just pound them with little or no reaction. I found this true of the SU-7’s a good bit of the time and sometimes the IL-28 too. Information form Red Crown, the AWACS of that era is regularly wrong or inaccurate and its tough to count on anything but your old mark one mod 0 eyeball. One of the bigger omissions was AAA and lack of SAM activity pre-patch. AAA is working right now and you had better honor the threat. Even at medium settings you probably won’t survive anything but a brief encounter with the ground based guns. One thing I noted about AAA was that it seemed to me to be very accurate when I was in range of it, but watching wingmen and bad guys showed them able to happily fly around AAA sites for minutes without getting hit. They were getting shot at to be sure, just not hit very often. SAM activity does exist but its placement makes it hard to predict when and where you will see them. It doesn’t really become a factor until later in the campaigns and I have not seen more than a few SA-2’s shot at my aircraft yet. If you don’t maneuver your likely going to get hit. If you jink hard and try to beam the missile you stand a good chance of defeating it. It is unnerving to hear the SAM calls from your flight and really adds to the immersion.

Your progress through the Campaign gets tracked and you get medals and promotions for your deeds of bravery. There is a big bug right now with upgrading aircraft in campaigns that was not fixed on my system with the patch. Others in your unit will get updated aircraft but your stuck most of the time all the way through with what you started with. Makes it kind of hard to keep up with Phantoms in your trusty Super Sabre.

I have slogged my way through about 45 missions in a Navy A-4 pilot campaign and in all honesty I have more fun just doing single missions or instant action at this point. I find the campaign just can’t hold my interest. I particularly like dogfighting in instant action and its most of what I do right now until a bunch of things get fixed with the campaign.

The Evolution of Strike Fighters: Project One Page 12