Installation on both of my computers seemed to take a lot longer than it should. I think the primary cause for the long install time was due to the CD copy protection software on the FB disks. I understand the need to protect software copyrights but I personally do not think this is the way to do it. The only thing current copy protection software ever accomplishes is to hinder the fair use of a legally purchased game. Please don’t think I condone piracy, I ABSOLUTELY DO NOT! But the simple reality is that actual pirates always find a way to beat the copy protection… and once again the consumer, you and me, end up footing the bill in $$$ and frustration. 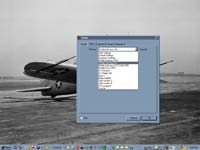 The setup of FB went much faster than the install. There is a useful Setup utility that provides a fast and easy way to configure the game for the vast majority of users. It works well. My only complaint was the lack of some current sound card pre-configurations in the selections menu. Both the Creative Audigy/Audigy 2 sound cards are missing from the lineup. Considering that there have been several complaints about stutter/frame rate difficulties (possibly related to sound) I am very surprised that specific hardware configurations for the latest cards weren’t included. That being said… I used the closest options and everything generally worked well. The only notable problem I had was using Open GL. The graphics looked absolutely outstanding… But I was experiencing random long pauses. Pauses that lasted for 3 to 5 seconds! Obviously that’s unsatisfactory for a game, especially one that’s supposed to be multiplayer. The problem was reduced significantly when I selected Direct X mode. Hopefully this will be corrected in a future patch. 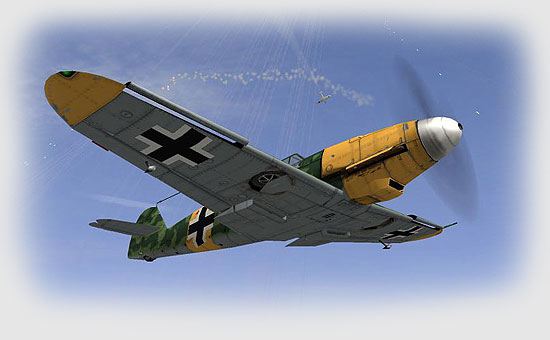 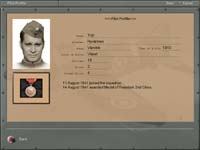 As it sounds, this is where you play a single mission. More counties are represented than in the original IL-2 game. The new ones are Finland, Hungary, and the USA. Once you select the nation you want to fly for, choose the options you want: the weapons load out, aircraft ‘skin’, and pilot ‘skin’ are configurable. There’s also a ‘Markings On’ switch allowing the national insignia to be turned off, this is very useful when using a custom skin that already includes national markings. The only limitation on skin assignment is the inability to choose anything different than the default paint scheme for your wingman and adversary aircraft, as they’re not selectable. A total of 20 single missions are included but more can be added by using the Full Mission Builder, or by downloading some of the growing number of user generated missions available from various fan web sites. Unfortunately it isn’t possible to use Single Mission sorties for cooperative multiplayer play in the format presented; but a few simple edits of the mission file using a text editor and they can be converted/configured for multiplayer use.

The Campaign Mode! This is where IL-2 FB really differs from IL-2 Sturmovik. FB has both a Dynamic and the IL-2 ‘Static Branched’ campaign. The ‘Static Branched’ Campaigns can be created in the Full Mission Builder by building a series of single missions and then integrating them into either a ‘Linear Branched’ or ‘Random Branched’ scenario. The instructions on how to accomplish this are very clear in the FB manual. Static campaigns are great fun, but one of FB’s strongest assets is the new Dynamic Campaign mode. 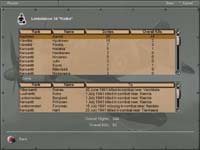 To begin a Dynamic Campaign you create a ‘pilot’, select the country, the squadron, the appropriate aircraft type, and the date you want to ‘enter’ the fray. FB then generates a sortie for you to fly. This sortie is randomly generated. After you fly it the results will be integrated in to the next generated campaign mission. They don’t repeat. The battle lines move historically, and you cannot change history, but your performance can slow or speed up the advance. The equipment destroyed or lost is ‘remembered’ and that will affect what you see on later sorties… shoot down a significant percentage of I-16’s and the chances of encountering any more of that type are reduced. Lose too many wingman and your squadron will fall below operation strength until replacements trickle in. Historical Aces are also modeled, and they fly with appropriate skill. If you’re good or lucky enough to kill one he’ll not be encountered again. Each pilot in your squadron has a name, photo and some personal information; his skill level or value to the unit is dictated by his combat experience. Naturally, the new replacements are generally brand new pilots with very low experience levels so it’s advantageous to try and keep the experienced ones alive. This makes the Single Mission tactic of using your wingman as bait in order to get a kill a counterproductive strategy in Pilot Career mode.

The re-playability of Pilot Career mode is almost unlimited. It takes a pretty long time to work through a single ‘Career’. A pilot’s ‘Career’ is comprised of 4 to 8 separate ‘Campaigns’. A ‘Campaign’ is approximately 30 missions. That makes the total number of missions flown in a single career anywhere from 100 to 250 individual sorties. WOW! That is a bunch! And since each mission is generated randomly there is sure a ton of re-playability without the fear of repeating identical missions. 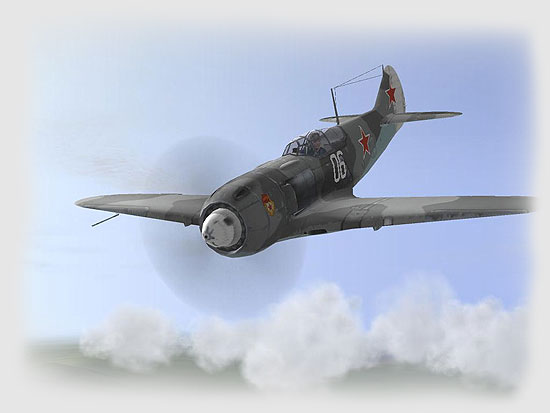 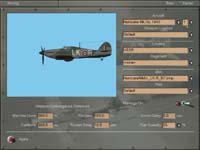 This is one of the most important features of any game for me. I really love to play multiplayer Flight Sims, and FB does not disappoint in this category. There are two ways to play… Dogfight and Cooperative. Dogfight is just that, a fight between live opponents, and it allows for up to 32 players. Pick sides and ‘fight’s on’. In Cooperative mode you have the opportunity to complete a tactical sortie with the help of 15 of your friends (for a total 16 human players). On missions that have crew aircraft like the Ju-87 or IL-2 the option to be a gunner is available if you don’t feel like being the driver. There’s also the ability to use custom aircraft and pilot skins that download to all the players so your buddies can actually look at the aircraft and see your face on the pilot looking back!

There are several ‘Coop’ missions already included in Multiplay, but to be honest, I expected a few more. Additional Coop missions can be created using the Full Mission Builder. I was also surprised there is not more commonality between how the different types of IL-2 FB missions files are constructed. The Single Missions and the Quick Mission Builder files are not compatible in Coop play, although a slight modification of the Single Missions ‘.mis’ file can make them Coop capable. The Quick Missions Builder missions cannot be similarly adapted, which is unfortunate because a quick 4 v 4 Coop sortie would be fun. It would also be a convenient way to practice dissimilar BFM with varying adversary aircraft before meeting human players.

FB has another interesting feature for multiplay — an indigenous network voice communication capability. We attempted to use this function several times and had very little luck getting it to operate properly. After a while we just gave up and used a popular third party VOX program that worked very well with FB. To be honest and fair I must state that I really did not spend too much time troubleshooting FB’s Network Voice Communication function. Maybe if I had been more persistent I could have had success with Network Voice, but with other outstanding VOX software readily available I just didn’t think it worth the effort. 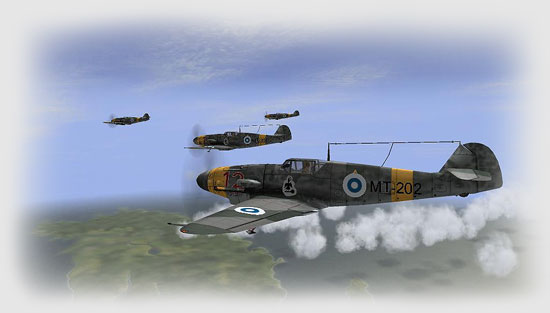 Connection difficulties were relatively minor. FB sometimes would not ‘see’ all the players until we changed the host, then all would be fine again. The aircraft and pilot skins would take some time to transfer, occasionally you’ll start a mission with the default skins on your friend’s aircraft, but after a few minutes of play, his custom skin would display. There was also one very weird experience I had with one of the adapted Single Missions sorties… Invisible bandit aircraft! There were a couple of enemy aircraft that could only be seen by the AI aircraft and one of the three human players! I know the AI saw them because they engaged! It was very odd watching a fight with only one side visible! I have no clue what happened and I never experienced that again. Other than these minor nuances Multiplay was rock solid and pretty lag free. The maximum number of players I tested was three, and all had good high-speed cable or DSL connections, so I really don’t know what the effect 32 players will have. I would like to try that someday… It could be great fun!