After check-out by the instructor pilots of this squadron, I am ready to fly. We have briefed the squadron commander on the upgrade kits, and we have gone over the mission details. The A-10 is capable of much more than mere vehicle-plinking. It can be used in strategic role, too, and do precision strikes! Today, we will do this. But Colonel Martin, he is not impressed with the conversion kits.

“I don’t trust this, Lieutenant. I’ll be honest with you: I don’t know who came up with this scheme, and I think our own Mark-84s would do the job on that building just fine. And forgive me, but I’m not used to turning over one of my warbirds to a foreign pilot for a combat mission. I’ll personally be on your wing for this. And my bird will be properly loaded out, in case your ordinance hangs.”

He means I will lead the flight? And lead him? He has much more experience than I. More than Vasily, who is junior even to me. Ah, but he does not trust me. I will win his trust.

“Thank you, Colonel. I will not disappoint you. You may rely on me, da?”

In spite of his distrust, Col. Martin has given me my own A-10! It is dappled in strange spots of grey, brown, and green, no. AF84-727. Sgt. Kulikov and the American weapons personnel have armed my bird with the weapons I have chosen. This will be a low-altitude, fast dash across the relatively flat coastal plain to deliver PB-250 parachute-retarded munitions, from altitude of under 300 feet to make targeting hand-held missiles difficult. I will carry six. I also select the American Rockeye cluster bomb, two of them, and two of the IIR Maverick-D for targets of opportunity. True to his word, the Colonel has selected Mk-84, Mk-82, and a mix of Mavericks, in case I fail.

I will not fail.

The instructor pilots, Captain Rick Baker and Captain Tonia Markham, meet me as I dress out. They have for me a grey flight-helmet, like those the other American pilots wear, but this one is personalized! It has my name on it, and in our native language, too, along with a decal of a small hog with big fangs!

Rick laughs at that. “Da, Sacha. And we fight down and dirty, like a big ol’ razorback!”

In the cockpit, the American crew-chief motions me through the pre-flight checks. It is strange not to have Kulikov walking me out with the lighted wands! The General Electric turbofans whine behind my head, and the Colonel’s jet starts up behind me. We taxi for the main runway. 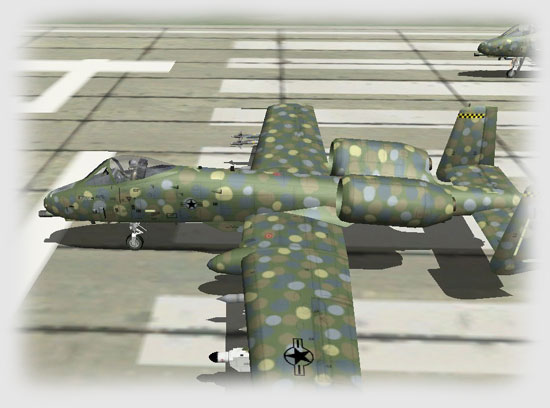