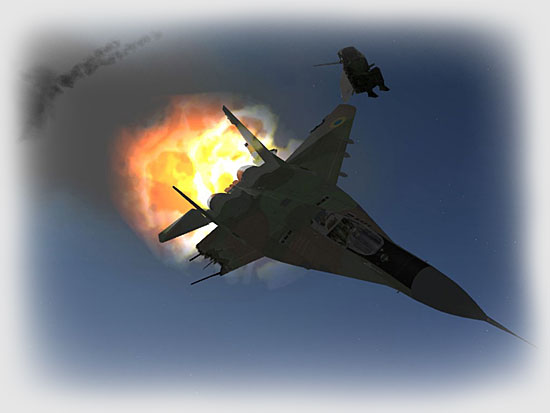 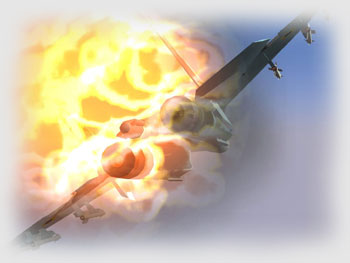 Let’s go back to our crank maneuver. We likely did this around 20 – 25 miles (longer if at high altitudes) and maintained our energy. We watch the missile time of flight and support it with radar energy as long as we need to. Russian weapons need to be supported longer usually and the ability to shoot multiples is not as good as in western aircraft. Supporting a missile means nothing more than maintaining a radar lock so the missile can get critical real-time information on what the target is doing. Missiles like the AMRAAM can be fired in certain modes which don’t have this “support”, but its optimum to provide it to the missile. Your P sub K goes up dramatically the longer that you can maintain the lock. The AIM-120 can be fired and at some point in its time of flight, the missile can complete the intercept with a high probability of kill without support. At that point, the fighter (shooter) can turn and run negating any missiles fired at it outside of 8 -10 miles. This better “fire and forget” ability is what gives western pilots an equalizing tool when it comes to dealing with the really long range missiles like the AA-10. 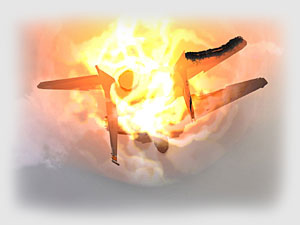 Once we get a time out on our first missile, or no shot is detected against us we pitch back hard at the bandit. We fire another shot unless our first shot was successful. Right about now is when the BVR engagement ends and we enter the visual arena.

If you detect a missile coming at you, the only thing to do is to turn hard away from it and run. As a rule of thumb, if you think its closer than ten miles a hard turn into the missile coupled with a rolling maneuver will give you a good shot at defeating it. If you can see it visually then wait until its so close as to be uncomfortable and then a high G turn into the missile is your best defense. Chaff and or flares should be used as appropriate. Remember the longer the range you can detect a shot, the better chance you have of defeating the missile. Of course this is just a canned scenario, it won’t always happen like this.

Another big problem with BVR engagements is how to tell if you got a kill or not. The bogey won’t send you a personal message and there likely is no one around to confirm the kill. Inside 20 miles or so depending on the weather, you may see an explosion and you might not. It’s likely that if you’re still alive you killed the target, and you better watch for his wingman. Another key will be your radar and your warning gear. AWACS can sometimes confirm a kill as it can see better resolution than fighters radar, there may even be parts falling. Whatever happens, don’t go scouting for your kill. Maintain mutual support and hurry back to your station/friendly airspace and determine your fuel state and further combat capability. 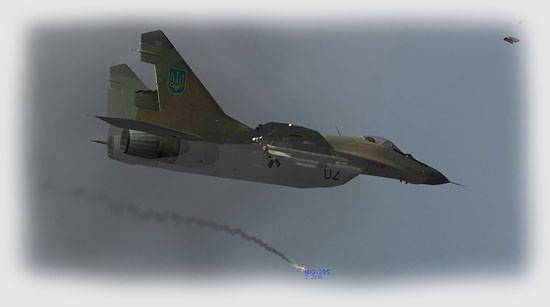