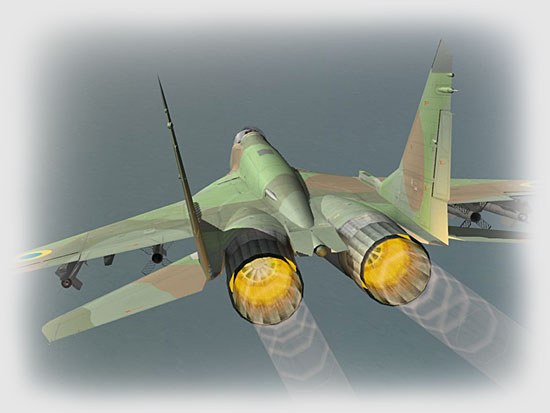 Defense in the BVR Arena

When you press a bogey/bandit into a BVR engagement its not always going to go the way you want. As was pointed out above, if you’re flying a western aircraft, you’re likely at a disadvantage when it comes to the idea of a missile joust. Most Western fighters don’t possess a true long-range missile (yet) like the AA-10 or AA-9. Even though the enemy may have an advantage with pure range and first shot, it doesn’t mean you can’t win. There are a few basic tactics that will work to level the playing field, but remember the bad guy can employ them too.

Let’s say we have detected and are prosecuting a bogey that has been confirmed to be hostile. The bandit has us locked and your radar warning is indicating a shot has been taken. You’re still 12-15 seconds away from an Rmax (max range) shot on the HUD, what do you do? At this stage you don’t have to give up and run. The first tactic to try is the “beaming maneuver”. Simply stated, you do a high G 90 degree turn left or right to try and destroy the Doppler shift for his radar. Most likely this will break lock and the missile won’t be able to engage you. The radar needs to “see” the high closure or Doppler shift values on the returned energy to maintain a lock on your jet. Be aware that some versions of the later Russian missiles, particularly the R-77 (AA-12) will have an active capability so you’re not necessarily out of the woods.

The beam maneuver will also work against the missile itself once its gone active. This beam maneuver, also termed “using the notch” (for the Doppler notch) should be held for a short period of time and then you reevaluate what your radar warning is telling you. If missiles are still flying at you, you turn to put the missile/bandit at your six at the same time unloading the aircraft and heading for the deck at as fast as the jet can go! If you do this outside of 10-12 miles, you will likely defeat the missile. Hopefully he won’t run you down or you have some place to go which is “safer”.

If the beam maneuver works we pitch back to reacquire and hopefully have evened up the missile range problem as the bandit now is looking at a shot but so are you. At this point if you can’t build enough SA to continue, head towards safer airspace as fast as possible with your head on a swivel and good mutual support.

Turning and running 180 degrees from the bandit is useful if you want to try and deplete his supply of missiles. A well-disciplined pilot won’t let you do this more than once though. We use the term “drag” for the turn and run scenario, and it can work very well in a multi-plane engagement as the bandit tends to go “fangs out” when he sees this. It’s an easy kill for a second flight or your wingman if the bandit does not see them yet. Conversely, don’t let a bandit do this to you. 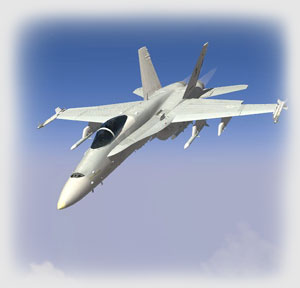 If they turn and run let them! As I said previously, much would depend on what your mission is and how you accomplish it. Denying the enemy use of the airspace for a determined time, or protecting another group of aircraft may be the mission at hand. If you suck the fighters away from that goal your mission is accomplished. We all want to shoot down fighters but its not always required.

Jamming and electronic countermeasures are another great equalizer. Using good jamming gear will also help to even out the playing field, especially when it comes to missile shot parameters. You may not be able to totally defeat a missile or radar, but you will degrade it to a large extent. Sometimes this may be enough to get off that important first shot in a BVR fight. It’s generally accepted that western aircraft and missiles are slightly better at this game and this helps to make it a more even game. Remember that using jammers is going to highlight your position, maybe not exactly, but it will show a general direction in which to look. Also be aware that the Russians have designed missiles which can home on this jamming energy and can really ruin your day!

Some basic rules to live by: