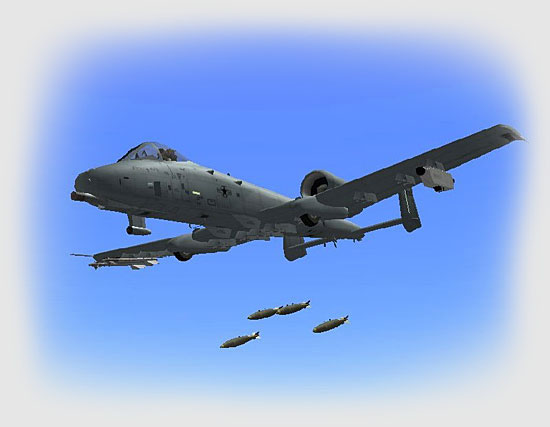 None of the A-10 “bombs” are terminally guided weapons… they are all freefall “dumb” bombs, no different from weapons used since WW1. Once released, they follow a predictable trajectory until impact. The only thing that HUD designs have done over the years is to give the pilot a better idea of where the trajectory will end up. 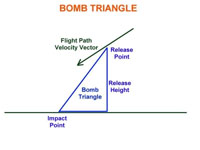 So it is with the CCIP (continuously computed impact point). The idea is that “what you see is what you get”. Well… up to a point. Until the introduction of computer aided delivery systems, the pilot had to fly a planned set of parameters prior to release… because the path of the bomb was determined by the flight path of the releasing aircraft. These parameters were dive angle, airspeed, and release altitude above ground. This produced what we call the “bomb triangle” (right) .

If the pilot was off his planned parameters, then the bomb simply did not go where planned. Flight path errors are categorized as long (past the target) and short (in front of the target). Go faster than planned or dive steeper than planned, the bomb goes long. Release higher than planned, all other things being equal, the bomb lands short. 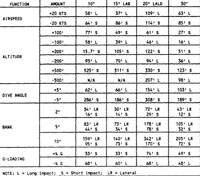 Use this next chart to see the results of releasing when not on your desired parameters. As you can see, minor variations can result in relatively large miss distances.

Flying these planned parameters was not easy. Some fighter pilots learned the technique easily. Some never did at all. Most were somewhere in the middle… they could expect to “meet unit standards” but seldom took home the gunnery awards. The problem lay in their ability to fly the planned parameters… and their ability to recognize and correct any errors prior to release. This correction technique is called “error analysis” and involves the memorization of a number of general corrections to release parameters… such as adjusting the release airspeed to correct for a dive angle or release altitude deviation.

The CCIP concept was a tremendous leap forward… it, in effect, did the error analysis for the pilot as he attacked his target. The CCIP computer not only accounts for release parameter errors but also corrects for crosswinds. When it works correctly, it’s a wonderful thing!

But, as with many things in fighter aviation, there is a “yeah but”… and that is the existence of certain other factors that must be adhered to by the pilot in order for his attack to be successful. These are accounting for fuze activation time and the need to avoid the “frag pattern” created by the exploding weapon. We don’t want to kill the target and ourselves at the same time! 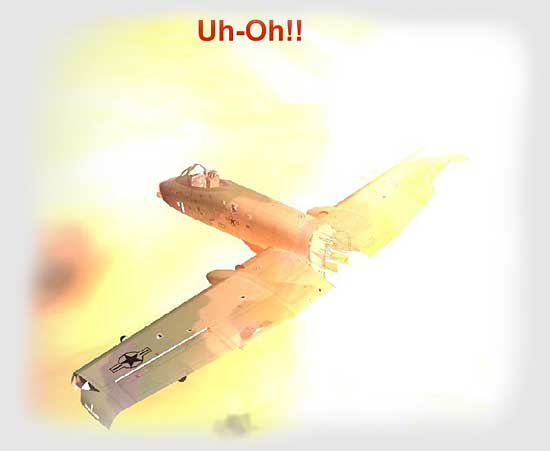 In real life, the A-10 CCIP has features that help the pilot recognize fuzing and frag restrictions… not so in this game, at least not right now. Before we get into that, let’s take a look at the LOMAC A-10 HUD CCIP display in general terms.