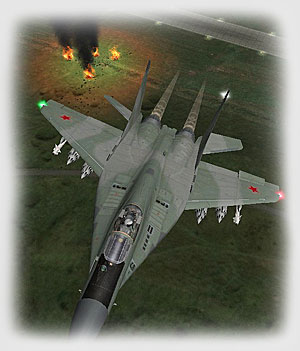 He desperately called for evacuation aircraft, knowing that there would be no rescue for her from the very headquarters of the enemy — if she lived.

He could see a crowd of vehicles gathering near the wreck of 52 Yellow. Humvees.

He choked back the bile in his mouth.

“The Americans’ Predator confirmed what you told us. The Turks have taken her… if Sacha lives.”

The Commander sat back in his leather chair, his face darkening.

“Better them than Muqtadeh’s men. After all, with the overcast and the low altitude, and the battle, it is possible that you did not see her eject, Vasily Sergeyvich. And the Cube is broken. You have done well. I myself could not have done more.”

“She was trying to protect me, sir. It is my fault. I should have been faster.”

“Nonsense. Four missiles you defeated as she ran in to target, and a fifth after she fell. No one could have been faster. Sacha knows well the risks which she takes. As do you. Now, I have a job for you.”

I will put him back on his horse. I have need of him now, greatly. So does Sacha, if she is still alive.

“I wish the squadron to be called together. And the Americans too. Muqtadeh and his allies will pay a price in blood.”