He still held the crackling portable radio in his hand as he stood in front of green-painted 109 on the flight line, impassively watching two harried technicians running the last ops checks on a Maverick. To his right, another tech wiped down the canopy of the executive officer’s bird, 349. Next to 109 on the other side, on 602 the weapons crew chief impatiently supervised as another ordnance tech snipped the last arming wires on a Mk-84 2000 pounder bomb with a pair of orange-handled snippers. Joe’s eyes narrowed.

“Thomas. I want it by the book, no short cuts!”

“Airman, you’re here to defend democracy, not practice it, get that jet finished and buttoned up, I want it ready for crew show. Now.”

Seeing a thumbs up from 349’s canopy, he raised the radio.

“Roger, in that case you can show lines 3 and 4 crew ready also.”

He turned to where the technicians were disconnecting from the Maverick.

“Let’s look sharp and get those forms finished people. The crews are “steppin’ and ‘The Man’s’ on his way!” 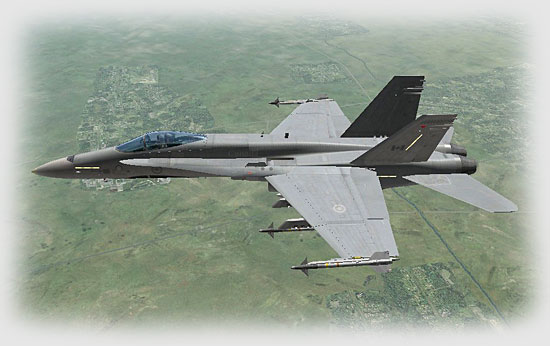 The Canadians were already circling the base when the MiG-29s rolled onto the end of Sochi-Adler’s main runway and began the flight-controls dance that would lead them to the sky.

The Commander smiled into his mask as he watched Vasily expertly wheel onto his wing.

I put him on my wing for this. It shows what confidence I have in him. He is responding as I knew he would. The RD-33 engines’ thin scream rose to an earsplitting crescendo as first the Commander in 88 Grey, then Vasily in 58 Red, slammed throttles against the stops and sent their MiGs rocketing down the runway. 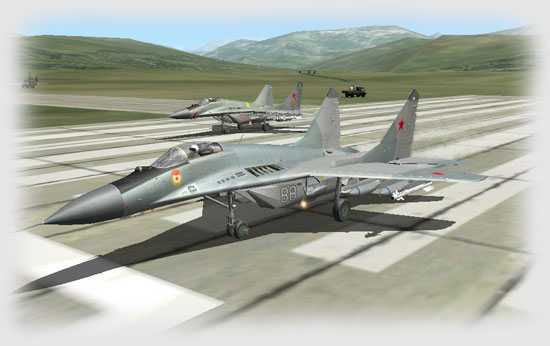 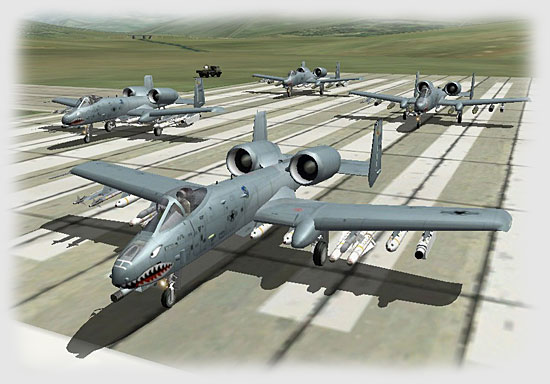 …would also take off. 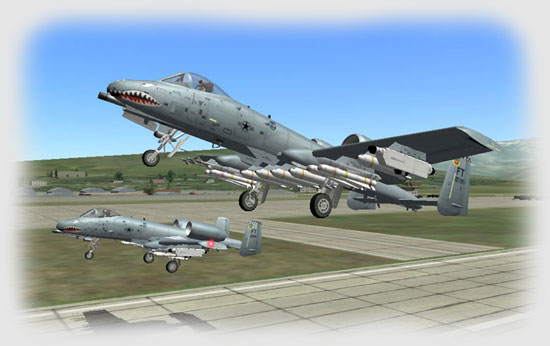 The Commander intended to make his entry through the mountains, giving the Osa SAM a generous margin, then turn into final outside its radius just as the first A-10 section would reach its initial point. They had it planned right down to the last second.