Standing there is a large man, with a long beard and a Kalashnikov slung across his chest. His breath is foul. He harangues me in Arabic, wildly gesticulating. I stand transfixed. He hits me in the helmet again, staggering me and points to the MiG, still yelling. When I do not move, he grabs me and shoves, hard, nearly causing me to sprawl on the ground. I regain my balance and turn to the MiG. The ground crew is wildly beckoning me!

Suddenly, I realize what is happening. In their excitement, they have mistaken me for the Syrian pilot! It is an air raid… and they want their Syrian trained dog to intercept it! My visor is down, they cannot see my face clearly. The Syrian must be clean-shaven!

I nod at the large man and sprint for the MiG, jumping onto the ladder and trying not to scream in pain as my injured arm takes the rungs. I drop into the K-36 ejection seat and quickly scan the controls. It is a MiG-29, izhdeliye 9-12, the original MiG with which I am familiar. Armed with R-60, R-73, and R-27R1 missiles. I can fly it. 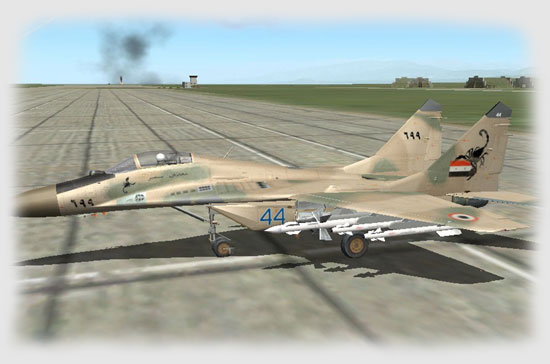 The Syrian plane captain tightens me into the seat and I bite my lip, it hurts! Blessedly, the canopy begins to close. At the signal, I start my first engine, then my second as the Syrians scamper away, pulling chocks. 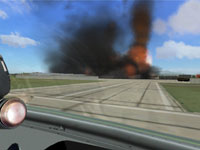 To my side, I see smoke columns rise in the air as an A-10 wheels low over the airstrip, its white Hog teeth glistening in the morning sun — the attackers have killed the remaining air defense vehicles on the north side of the base.

The way is clear! I cannot believe that I am getting away with it! I advance the throttle and begin to taxi, my heart in my mouth. I am flying an enemy aircraft.

How will I tell my friends not to kill me?

“Colt 1-1, danger close. You got a MiG taxiing out of the ground-control center, south side of the base.”

“Colt 1-1, this is 788. In hot. We are on the run for the target. We will release our bombs, circle around, then kill the bandit on the ground.” 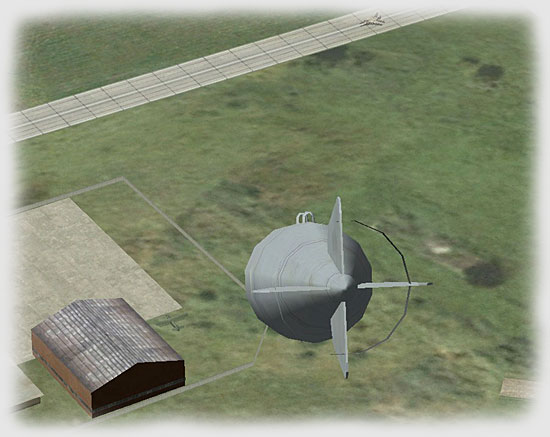 As I taxi past the operations center, there is a blinding flash and the earth shakes, like a giant hand slamming me into my straps with a roar I can hear through my helmet and canopy. 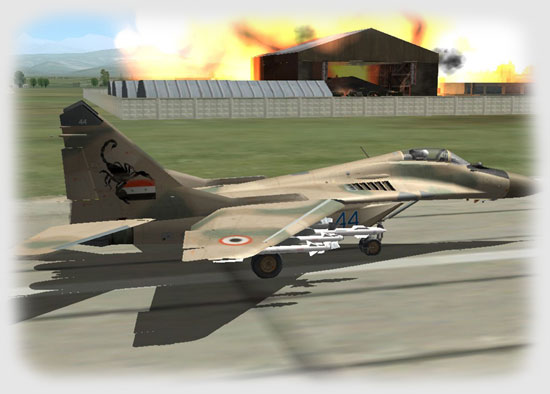 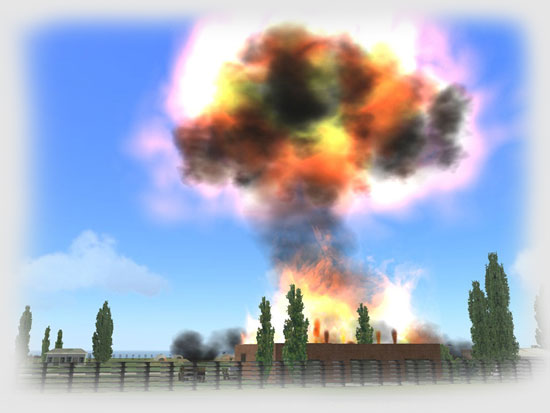 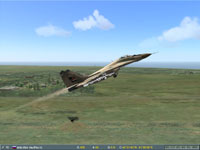 Red waves of pain cloud my vision as I force my head to the left. Bombs have fallen onto the big hanger in the ops complex! As I look, a MiG-29 shrieks overhead, upside down, and I crane my head, ignoring my protesting muscles, and see a Guards flash on its nose! It is ours, it is our Commander’s own 88 Grey!

I turn onto the runway approach, frantically tuning my radio to GUARD, cranking my flaps down. I will roll right onto the active runway and take off as fast as I can.