Q. What is the criteria for medals and promotions? How does it differ from the current version of IL2:FB?

A. The criteria is simple enough: destroy enough air or ground targets and complete enough successful missions, and you get medals and promotions. This is the same in BoE and Forgotten Battles, since it was basically the same for all countries that served in Europe on all fronts. Of course the actual numbers of kills and successful missions you need to accumulate is unique for every country and career modeled, and we tried to make it as historical as possible.

Q. Will there be future support for BoE as new aircraft are added?

A. Absolutely. As new planes are added to Forgotten Battles by the Maddox Games team we are certainly planning to make them available to BoE users in campaign mode.

Q. Will BoE affect the Full Mission Builder? For example, will the new squadrons and insignias be present in the FMB?

A. Certainly. BoE is altogether very open to modification. In addition to using all our custom components like aircraft and pilot skins in FMB, you will also be able to open many of our data files (which are stored in clear text) and change mission briefings, orders of battle, and many other mission creation parameters.

Q. Are the included skins user made from the community or are they newly made?

A. We did include 2 or 3 previously available skins with BoE, but the remainder of over 100 custom skins available are all custom built specifically for BoE. 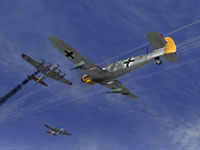 Q. Will there be any changes to the GUI with BoE?

A. Just the server-side Online Campaign module will have a new GUI. The remaining interface will be the same as in the regular Forgotten Battles campaigns.

Q. What will be the differences between the generator offered in BoE and the upcoming official ‘Aces Expansion Pack’?

A. Well the campaign generator is basically an executable, which works with a collection of data files containing things like pilot names, mission briefings, orders of battle, etc. So the executable is the same everywhere, however the collection of Western Front campaign files for USAAF and Luftwaffe is unique to BoE. I’m not 100% certain, but I believe the Ace Expansion Pack will not have a dynamic Western Front campaign altogether, so you will only be able to fly it with BoE. 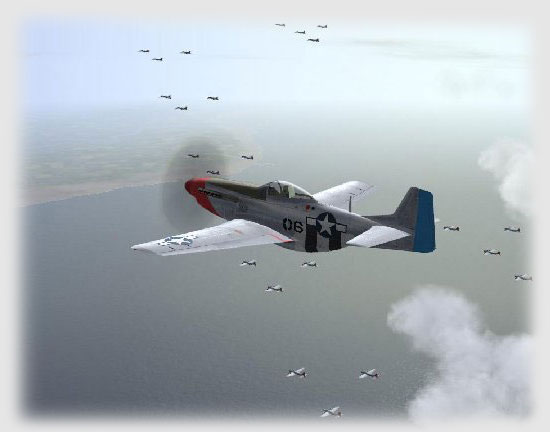