The third PDF is the full 232-page user guide that is a near exact replica of the manual that shipped with EECH. It is this replication of the EECH guide that gives us our first blush look at what much of EE2 is about: standing on the shoulders of giants. The almost total replication of the old EECH manual is understandable for two reasons: 1) the old manual is fantastically written, so why duplicate that work? 2) EE2 essentially is EECH, so nearly everything in the manual is still relevant. The problem, however, is that there are parts of the old manual that EE2 does not include. For instance, the manual shows menu screens that no longer appear as such in EE2. As well, there are parts of the manual that specifically address the fact that EEAH is compatible with EECH, but EE2 removed the ability to play the Apache and Havoc (now that was an odd decision!).

The manual does have some slight alterations in that they added a few paragraphs to cover the new North Korea theater. A further clue to the geographic origins (eastern Europe) of EE2’s programmers can be found in the rather poorly worded description of the Korea campaign briefing. It almost appears as if they wrote the brief in their native language then used a web-translator program to convert it to English. While I admire and respect that our community is a global one, it wouldn’t have taken much effort to submit the text to an English editor to have it cleaned up a bit. My biggest gripe, however, is the CREDITS page of the manual in which the entire G2 CES staff is mentioned (rightly so), but there is a complete lack of acknowledgement for the prior work of the Razorworks crew as well as no tip of the hat to the dedicated modders who’s work is largely responsible for the improvements to the old EECH code. Taking all of the credit for work that was never really done “in-house” gives G2 a bit of a credibility problem. I think I’ve made my point.

So what is EE2 if it isn’t a revolutionary new helicopter sim? Well, I think it is fair to say that it is an evolutionaryhelicopter sim in that it does take some steps forward. Progress in some areas is tempered a bit though by retreats from the significant strides made by the modding community in recent years. I’m hopeful that at least a “new” helicopter sim on the shelves will encourage people that missed the boat with EEAH/EECH to at least have the ability to experience this sim since finding old copies of EEAH and EECH is becoming more and more difficult. The appeal of being able to stick a single disk in and install from nothing to flying is a nice feature as well. My installation took about 3 minutes which is a couple orders of magnitude faster than going from zero to a fully modded (and current) EECH. It can be argued that even though the process of patching up EECH to the latest and greatest takes a lot longer, the results, in many respects, far outweigh the painless installation of EE2. Mostly it depends on what you are looking for in your helicopter sim. 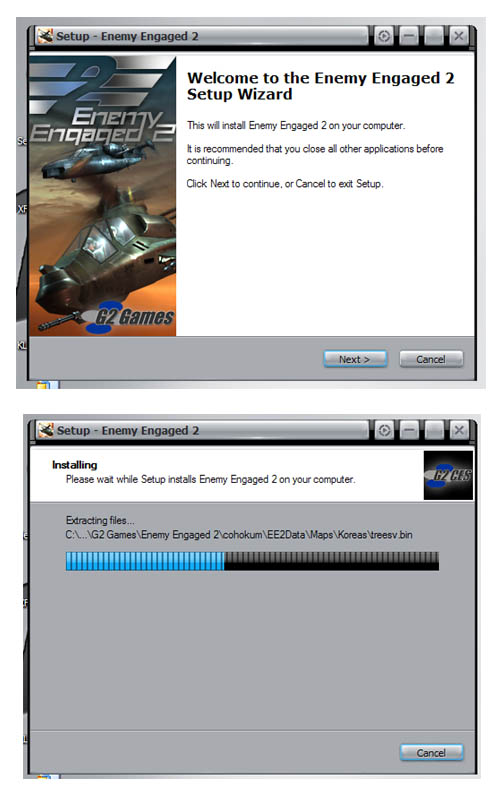