Part of this article is comparing EECH to EE2, so pay attention because as I mentioned previously, I’ll be bouncing back and forth! Installing EE2 takes about 3 painless minutes so I decided to run through the complete install and modding procedure to get EECH up to its most recent iteration. The process basically goes: install EEAH and patches, install EECH and patches, then install community mods. The process has become relatively painless thanks to the great work of community member “gotcha” and other community members who have streamlined the process via an “auto-update” tool that seeks out and downloads the updates automatically. The process does require some clicking of dialogue boxes though, so it isn’t truly completely automatic, but it is straightforward.

In truth, it isn’t the program itself that takes so long to update, but rather the huge numbers and types of additional theaters, terrains, and skins that the modding community has developed. The payoff for the time invested in shepherding along the auto-installer is a vast array of new theaters and eye-popping terrains and skins. By my stopwatch, the total time to go through the entire installation process was 8 minutes for the installation of EEAH + EECH and the official patches. From that point the auto-updated accesses a download database that, depending on the speed of your connection, will vary your installation time. For me to install all of the add-ons took 42 minutes for a total install time of 50 minutes. For us “old pros” it is no big deal (surf the web while you are downloading) but the lure of the 3-minute EE2 install is nice.

So, shifting gears again back to EE2, after the 3-minute install we are shown the opening screen which is tarted-up a bit and we are then shown a short rendered video that promises Bruckheimer-esque action to follow. The video is actually quite well done and for a moment you start to wonder how awesome it would be to actually have a helicopter sim with such stunning graphics and smooth and realistic gameplay as what we are being teased with. The portions where the helicopter goes in and out of shadow while ducking behind buildings, and the lighting effects in the cockpit are, well, dreamy. Experienced EECH users will note right away the text on the loading screen that promises a use for WUT files (modifications to the weapons and enemy aggressiveness). 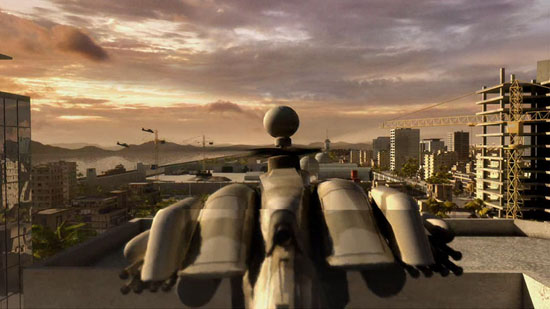 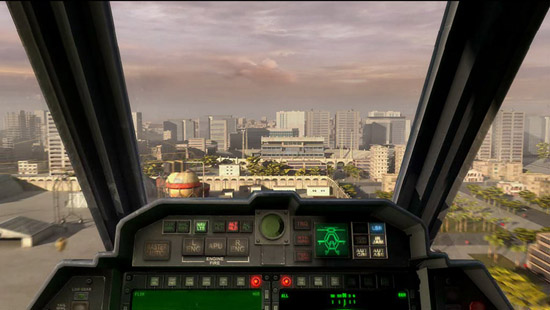 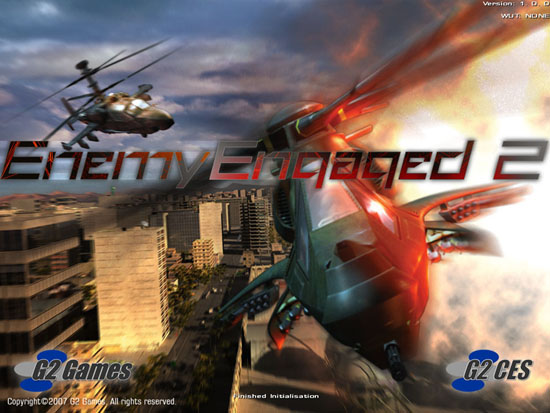