The lack of additional scenery anywhere throughout the theaters and instead focusing on revamping the existing infrastructure seems to be what G2 was focusing on. I don’t know any of the technical details involved in adding additional objects such as different armor units or building types to the theater and landscape, but clearly that was beyond the scope of G2’s project with EE2. One could forgive G2 if the reason was a small budget or a small team size if not for the fact that they did significantly mess up some things that should have been carried over directly from EECH. The new airfields not only generally look worse and more sparsely populated than the old ones, in some places on the maps where there should be airfields they are missing! That’s right, airplanes come and go but they are landing on nothing but the landscape textures, not an airfield. In addition to some missing airfields, there also seems to be a substantial problem with some areas of the campaign maps with regards to terrain elevation and where the sim recognizes the floor of both objects and scenery. For instance, some vehicles and buildings are sunken down into the terrain as though the terrain texture is actually floating above the true “floor” of the scenery. This would be less tragic if the opposite didn’t also appear to occur, in that terrain or objects often are placed “below” the floor of the visible scenery so that you can be flying along all fine and happy at what you think is 50 or 80 feet above the scenery and all of the sudden “BONK” you come to a complete stop, likely damaging your helicopter if not outright destroying it. Here you can see where I was actually able to land on top of one of these invisible structures and disengage the rotors and open the canopy and one of the “phantom” airfields. 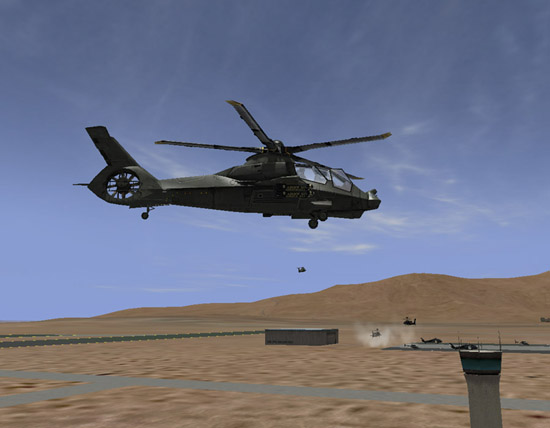 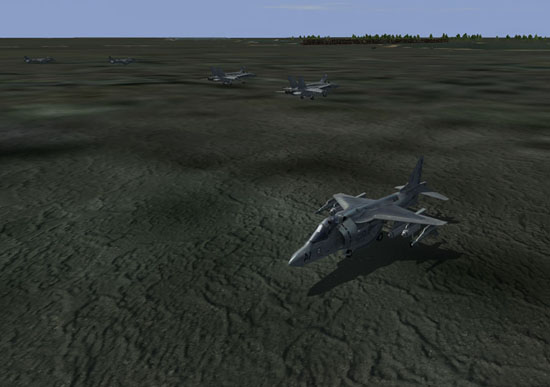 Even AI aircraft seem to have difficulty determining both the ceiling of the “world” they fly in, and the floor. AI fixed wing aircraft routinely climb super-high above the terrain and keep trying to climb and climb in what looks like a bird of paradise mating ritual. Then it isn’t unusual to see them plummet to the ground and actually “lawn dart” into the terrain without actually exploding; they just sit there like a great monolith to aviation. 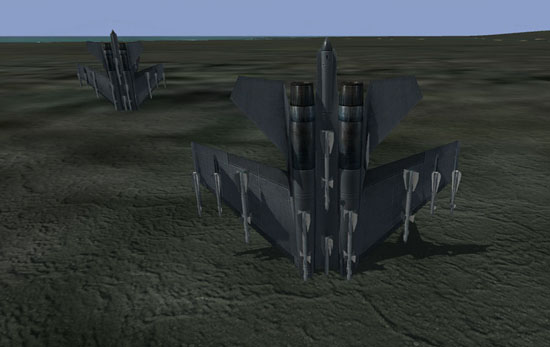 In addition to the terrain elevation problems it appears that some of the airbases have been realigned or misaligned because the aircraft “paths” that the AI follow cut across tarmacs and sometimes the takeoff and landing roll cuts across the airport instead of being in line with the runways. It isn’t always the case though, but the “path” bugs are definitely scattered about. I’m also not a big fan of the runway textures since they don’t resemble any runway that I’ve ever seen (but the C-17 sure is beautiful!). 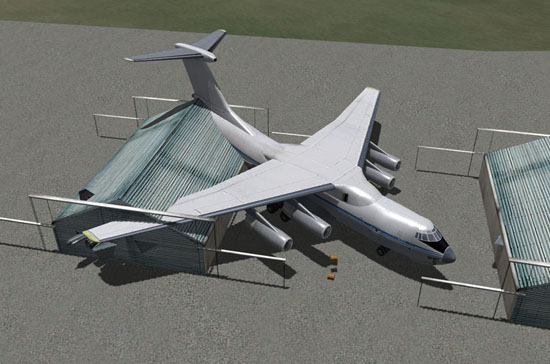 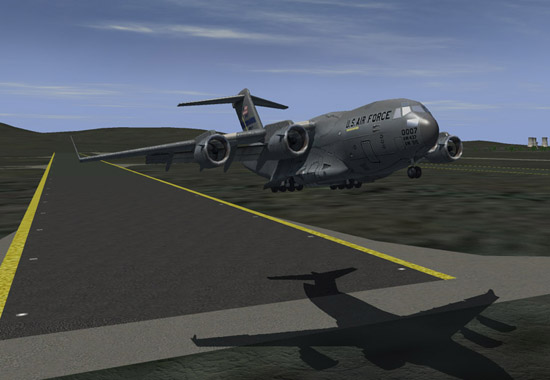