The G2 artists did a great job cleaning up both the ocean shoreline and the depiction of rivers. The rivers in EECH were a bit angular and stark looking with little meshing between the river, the bank, and the surrounding terrain. EE2 has rounded out the curves and more seamlessly integrated the waterways into the surrounding terrain. The rivers still follow the general lay of the land though and can be placed on impossible slope angles, but overall the look is much improved. 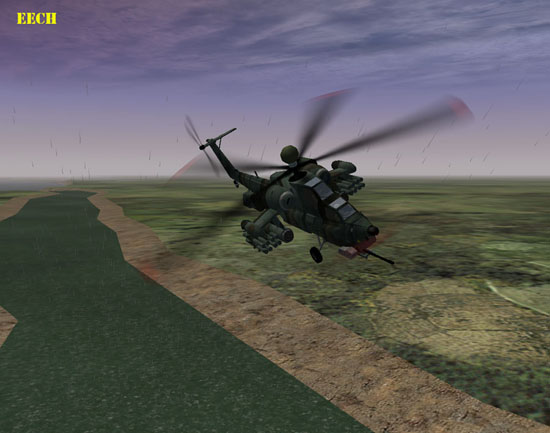 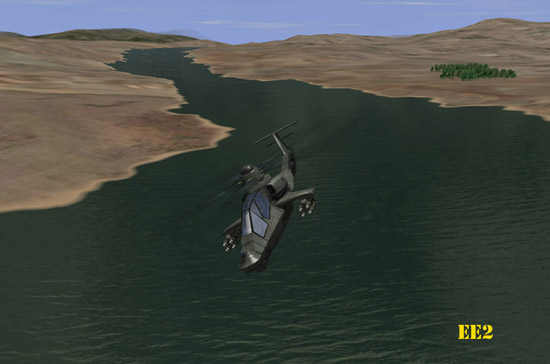 Then there are the things that just defy logic (and any kind of serious beta testing) such as lights in the cockpit that don’t function (hover hold / power hold and the landing gear indicator lights). Additionally, the stealth configuration indicator (the small graphic of your helicopter on the panel) is supposed to show things like stub wings on or off and whether the landing gear is up or not. Unfortunately it reflects none of those different configuration modes or changes. 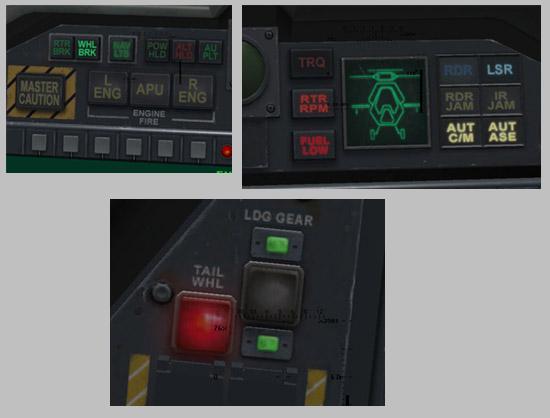 They did retain the ability to successfully disengage your rotor in the event of an autorotation. I practiced several and was able to land out of the maneuver multiple times. You can practice it by simply flying along and hitting the “R” key to disengage the rotor, bottoming your collective and keeping some forward motion to keep the rotors spinning (80-90 knots seems to work well). The actual flare and cushioning with the collective is pretty abrupt and mechanical feeling, but it gets the job done. Of course, when you hit the “R” key the “ROTOR BRAKE” light illuminates even though obviously that is no longer the function of the “R” key (I believe the EECH modders made that change). Here I am practicing auto-rotations to the airfield. 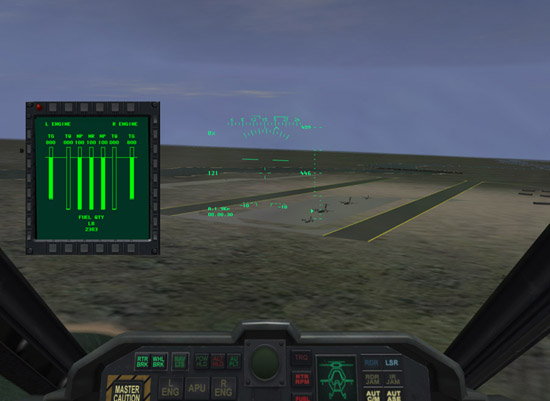