EE2 doesn’t ship with any multiplayer voice communications capability, which doesn’t really bother me. I prefer to use TeamSpeak or Roger Wilco or something more widely used. Once we received a second copy of the game we were able to test out EE2 with TeamSpeak and there appeared to be no problems or conflicts. Personally, I never enabled the voice-control software in XP, so I can’t comment on whether voice communications interfere with the speech recognition module that EE2 touts. EECHs good old fashioned text messaging is still there as well, so you can type to whoever you want and can filter who gets to see your messages, That way you don’t tip your hand to any multiplayer humans that are playing for the other side. 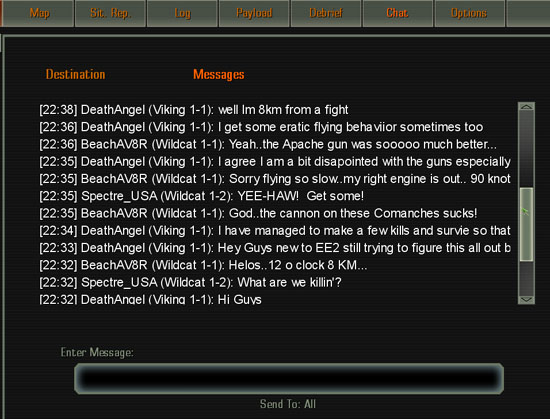 Within the EE2 file directory is an executable file that allows any user to start their own server, so “guod” and I took a stab at trying out the different multiplayer configurations that are possible: Co-op, head-to-head and dedicated server. All tests were TCP/IP. No testing was done within a LAN environment.

Since “guod” has a long history of successfully accomplishing MP hookups with EECH, I was more than happy to let him work on the host and server side issues while I attempted to join his games. He was able to successfully host a game on his computer by using a DMZ port (allowing access through his network firewall) and by simply clicking in the IP address box in the multiplayer screen and not entering anything (just leave a blinking cursor there!) I was able to “see” his hosted multiplayer game and join without a problem by entering his IP address in my multiplayer screen. 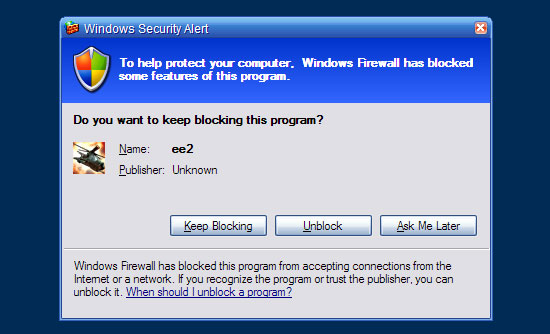 During the course of multiplayer testing “guod” was able to explore some issues that I was not, such as the ability for EE2 to recognize dual core affinity just as EECH does. In addition, I had to listen to countless minutes of “guod” raving over how good EE2 looks on his 1440 x 900 native resolution widescreen LCD. Whenever someone ooohs and aaahs over something like that my wallet ends up quivering. During his installation process though he did run across a problem that might be causing problems for other people, so we’ll mention it here. Apparently during the install the process did not generate a needed file called the “game.cfg” file. As a result, “guod” was getting a CTD upon startup each time. I had read in our forums that a missing “game.cfg” file might be the cause for that and sure enough he did not have one in his game cohokum directory. Simply renaming a blank .txt file to “game.cfg” fixed the problem and the game generated a new and proper file. An easy fix for sure, but an indication that there are still plenty of legacy bugs in this new software. 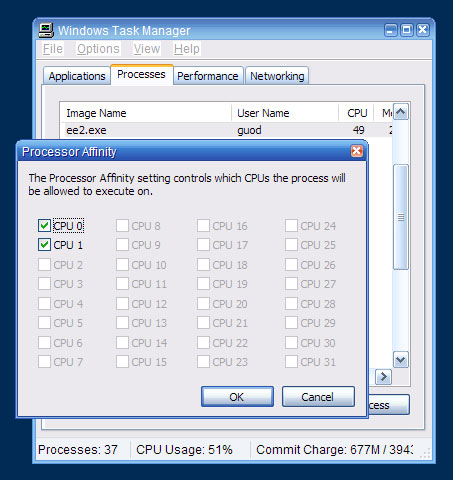 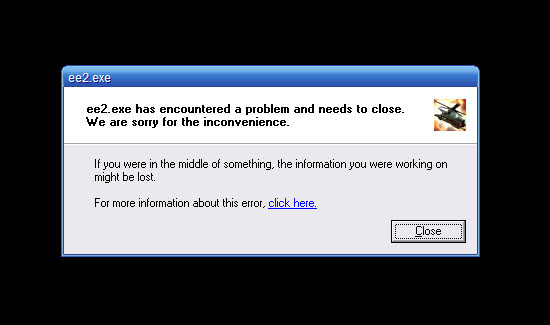