Once connected we were able to play with no problems (other than the various bugs that are inherent to single or multi-player mode) and chatted away on TeamSpeak to our heart’s content. I think “guod”, like me, was pretty impressed with the visual effects (smoke, shadows, 3D objects) and he repeated often how nice everything looked.

We also gave a shot at the dedicated server function, which is an executable file that is run from within the game directory. It is quite simple to start your own server, but control over what goes on seems severely limited. Once you set up the limited parameters you don’t get much feedback (as a server/host) about what is going on. It would be nice if you could see a map or be able to flip through the resources pages to see how the campaign is going and read the chat logs and things of that nature. Later “guod” made the comment that the dedicated server runs in DirectX mode which isn’t nearly as convenient as the non-DirectX dedicated server capability found in Armed Assault or rFactor.

Somewhat surprising, I could not detect any gameplay smoothness between “guod” running the server in co-op mode or as a dedicated server. Maybe it has to do with EE2 starting-up the dedicated server with DirectX? 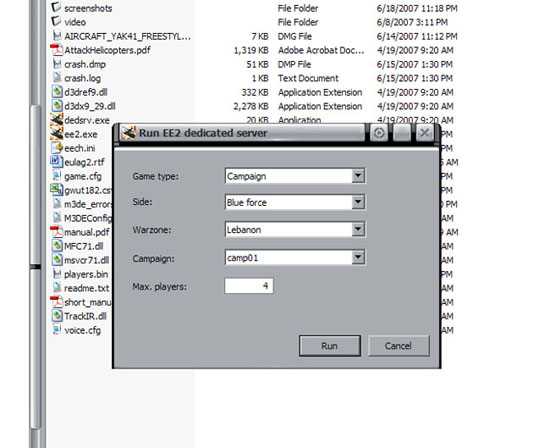 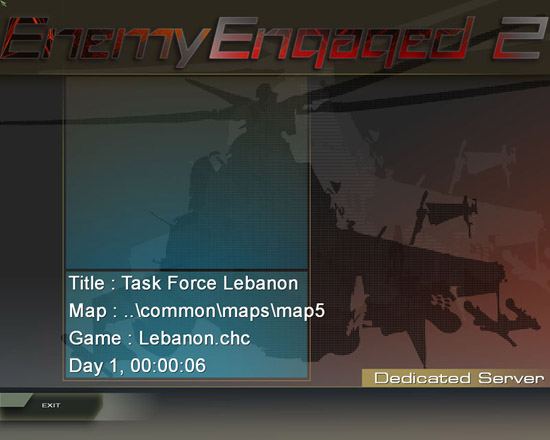 I can say that I spent quite a few multi-hour sessions connected to the G2 server and only a few times encountered technical difficulties while I was actually flying. A couple of those times it was definitely related to me ALT-TABBING out of the game. The sim seems not to mind ALT-TABBING in single player mode, but during MP sessions it will almost always result in a CTD (and possibly a crash of the server too). Occasionally I would see one or two other people playing but for the most part I was alone on the battlefield, which was a bit lonesome, but after a while you get so involved fighting the enemy in the campaign that you forget about it.

As an example of a typical one-hour session I spent the first 15 minutes of my session doing my assigned mission: escorting a 4-ship flight of Blackhawks to an insertion point which happened to be an enemy factory that we were taking over. I rode herd over the Blackhawks and engaged a couple of enemy helicopter threats off to the east of their route that I thought might interfere. Once their mission was accomplished I went off gunning on my own. Generally causing havoc up the east coast of the Taiwan map on this particular campaign day. 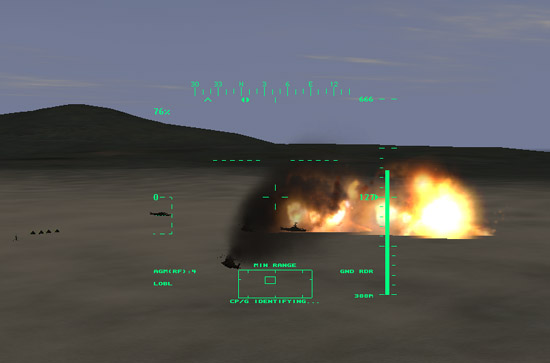 I made frequent dashes back to my Forward Air Refueling Point (FARP) that was only about 10 miles south of enemy held territory. The further northbound I pushed the more I pushed back the “fog of war” which are basically areas of the map that haven’t been visited yet (depicted as a shadowed area on the map), so you don’t know what lies in there. I had several heart thumping moments as I crested ridges to see enemy attack helicopters working south along the coast and it was a race to see who would get off their shots first. 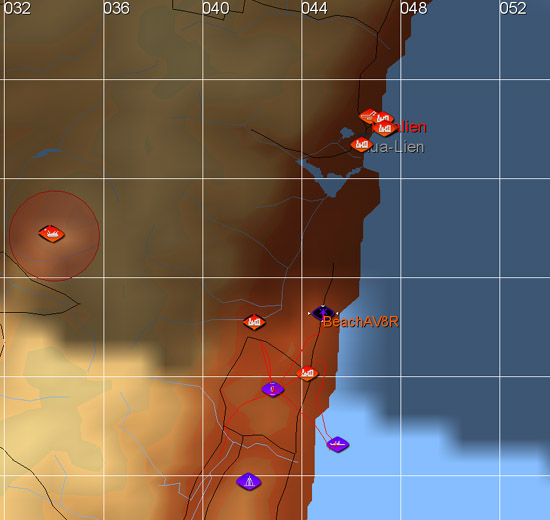 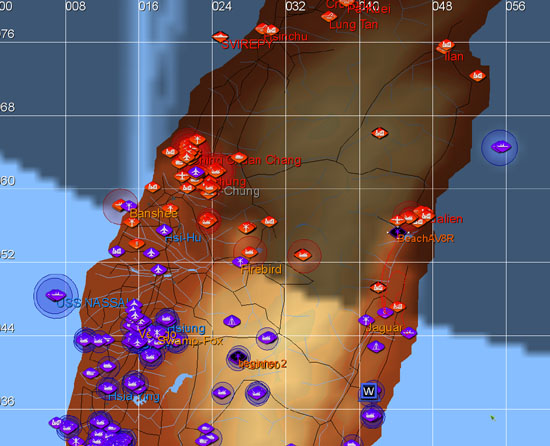