“BeachAV8R”: We’ve noted in previous articles that the process of modding EECH / EEAH has been the result of many people creating campaigns, textures, & interfaces among more embedded improvements within the code. Are there more people out there still plugging away on improving the code?

“arneh”: Certainly! I’m by no means the only one doing EECH / EEAH modding, even though I’ve made the majority of the exe-changes for the last year and a half. For the latest release we have a new coder, GCsDriver who’s made quite a lot of changes. It is so great to see some new talent as well! And there are others as well who have done and continue to do various changes they like. There’s certainly enough to do for everyone who wants to help. 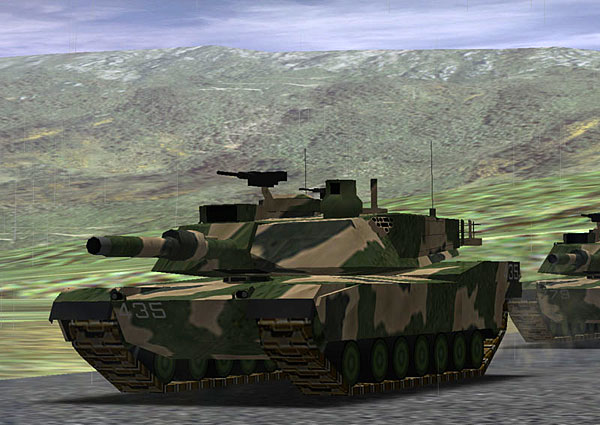 “BeachAV8R”: How does the modded EECH / EEAH compare to EE2 in your opinion? Are there things about EE2 that you would like to see incorporated into EECH?

Finally I want to give a huge thanks to the original developers Razorworks (and their publisher Empire), not just for creating a great sim, which in many areas was way ahead of its time, but mostly for releasing the source code which has kept this sim alive and current for eight years after its release. And it doesn’t look like it will die anytime soon either!

“BeachAV8R”: Thanks “arneh” for taking the time to answer some questions for EECH / EEAH fans. And thanks for all your work!

We’ve included a few short video clips giving a brief taste of this spectacular addition that is sure to breathe a whole new life into this sim for fans of the AH-64 Apache. 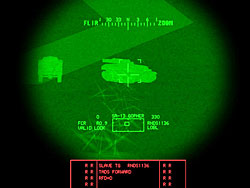 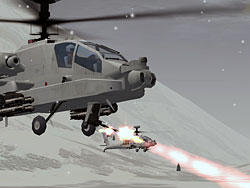 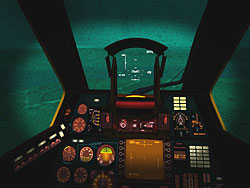 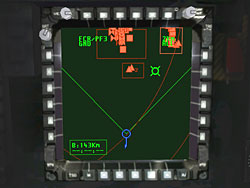 Ability to look over & under CP/G cockpit frame crossbar

Russian NVG without FLIR effect & hi-res MFDs for all helos

Additionally, we’ve put together some footage from the most recent EECH beta build (1.10) that shows some of the features and improvements that have been evolving over the recent years of EECH modding. While some of the footage features brand new developments, you’ll also see some improvements that have been introduced over the last few releases. The results of past and continuing modifications are nothing less than stunning, and are a testament to the skill and perseverance of those community members who have contributed and continue to build upon the Enemy Engaged legacy.

You can download the 20.4MB zipped .wmv file here.

And finally, what we have been waiting for! Read “arneh’s” thread here in the SimHQ EECH / EEAH Forum to download the new Apache cockpit!

Check out our Air Combat Zone Library!
SimHQ receives a portion of the proceeds from Amazon sales.