The X-15 project evolved over the years as engineers and pilots learned more and more about hypersonic and exo-atmospheric flight. Three X-15 aircraft were built and outfitted with various engines, systems, avionics, fuel tanks and other modifications. The very first X-15s were powered by two clusters of LR-11 rocket engines, the same rockets that propelled the X-1 past the sound barrier. These were just temporary engines until the larger LR-99 engine, which was capable of multiple restarts and throttling, was developed, giving the X-15 the power to reach its engineering design goals. Along the way various other experiments and configurations were installed and tested and the data poured in.

“The modified X-15 (X-15A-2) achieved a maximum speed of Mach 6.7 or approximately 6,700 feet per second (4,520 mph). To more fully appreciate what this means, the speed of a bullet fired from a high-performance hunting rifle is approximately 3,000 feet per second. The X-15 could fly over twice as fast as that rifle bullet.”  – page 33 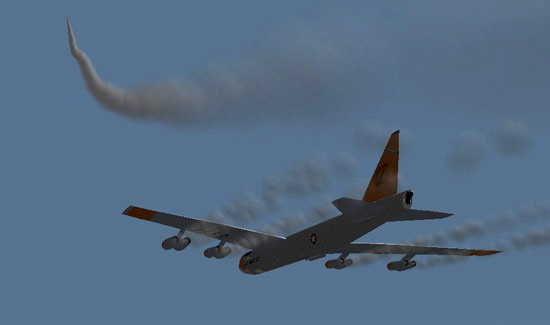 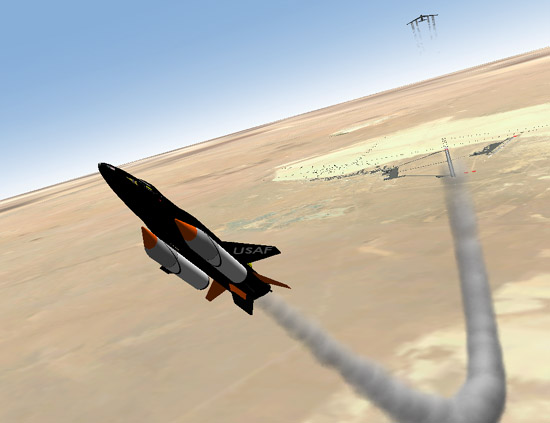 Flying the X-15 in Orbiter certainly has a steep learning curve. If you are new to the Orbiter program, as I was, you already have a bit of a battle just figuring out the keys and commands to run the program. Throw in such a high performance aircraft as the X-15 and, well, lets just say I drilled plenty of holes in the California desert before I finally pulled off a successful, historically accurate X-15 profile flight. While Orbiter isn’t the most gorgeous or feature-laden program in the world it does claim to have the physics modeling capability for these kinds of operations.

“At burnout, Joe [Walker] was passing through 176,000 feet altitude traveling at 5,600 feet per second. He then began that long coast to peak altitude. It would take almost 2 minutes to reach peak altitude after burnout. Two minutes does not sound like a lot of time, but try timing it. Just sit back in your easy chair and count off the seconds. It gives you some feel for how much energy is involved at those speeds.”  – page 125 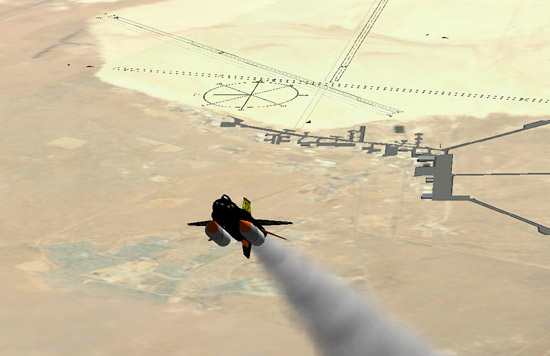