New in this installment of the series was the ability to completely control the mission planning phase. Instead of just having you and your wingman, as in the older games, you could now take responsibility for 4 flight groups, which consist of 2 choppers in each. So, 8 helicopters at your disposal, it was as important to make them succeed in their missions as well as your own. You could move, add and delete waypoints, tell your choppers how long to wait at any given point before  proceeding, and tell them to change their flight profile. Before a mission, you could assign different pilots to each chopper, and even each crew position. You could tell them what type of helicopter to fly and what weapons to take. This stage in itself could be a challenge in the harder campaign-led missions. A detailed intel report was given, telling you time of day, weather, enemy status and friendly units available to help you out.

After each mission, you get an after action report. This tells you how many objectives you achieved, how many enemy units destroyed and of what type, the success rate, and if any friendly choppers were damaged or destroyed. As you progress you get points added or deducted from your statistics depending on your success or failure. You will gain rank and be awarded medals.

Again tested for hours by real Longbow pilots, the flight model is second-to-none. Realistic lift, drag and downwash effects, the ability to do an auto rotational landing (with immense skill needed), you can also dive, roll and fly upside down for a few seconds. The avionics and sensor systems are complex and very well tuned, being the most realistic in any sim… even today. Master them and you will have the advantage, cast them aside as being ‘needless detail’ and you will fail miserably. All weapons have real-life operational ranges and performance, with the Hellfires being particularly well modeled due to the variation in trajectory depending on a number of launch and target attitude factors. System damage is extremely well handled, the best I’ve ever seen. Literally every component of the aircraft can be damaged or fail, and you have to learn fast and on-the-fly how to handle situations such as engine failure. Enemy AI is variable from not bad to die-hard. Wingman AI is improved and in general, everything has been refined. 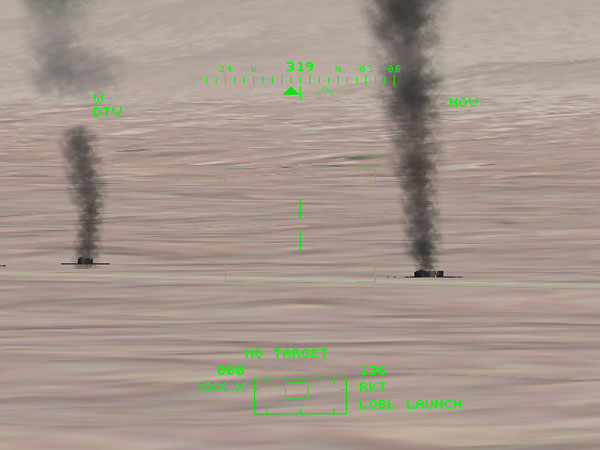 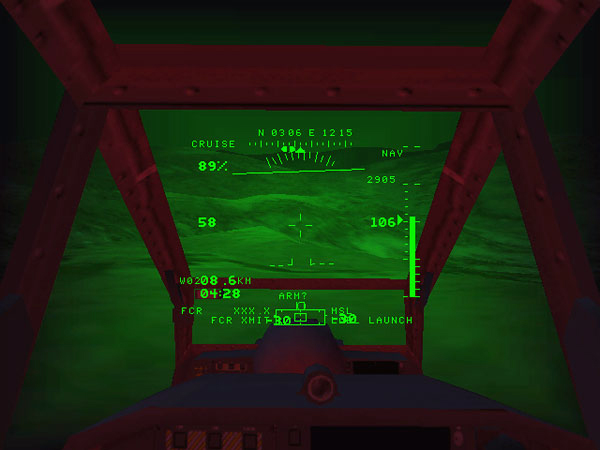 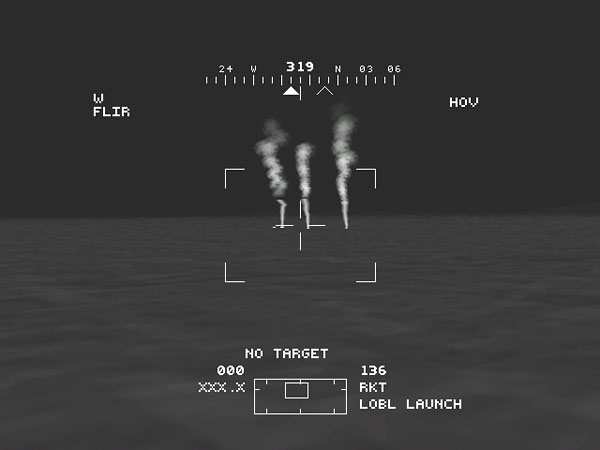 There is a new multiplayer mode, which allows co-operative play on any single-player mission or campaign. A first for virtually any sim, you can actually have two human players in a single chopper — a pilot and a co-pilot. This makes for unrivalled gameplay, and a huge sense of being responsible for another life. The pilot must be able to fly sufficiently, and use terrain as cover. He must know how to, and be able to execute in the heat of the moment, evasive maneuvers and find offensive/defensive positions. Meanwhile, the co-pilot must be able to efficiently use all sensor systems and be hot on weapon usage, selecting the right weapon for the job and being able to fire and achieve a kill with minimum exposure to target time and maximum lethality.