We interview the team behind the new IL-2 Slovakia map, and get a first look video and screenshots

SimHQ: Tell us about yourself! Where do you live, what is your normal profession?

Juraj: My name is Juraj Vanovcan, I am living in Bratislava, the capital of Slovakia. I am 33 years old, married with two daughters, a chemical engineer by profession. The hidden, but important part of my CV says I started with IL-2 Sturmovik in February 2002.

Martin: My name is Martin “Jopo” Kubani. I live in Bratislava, Slovakia. I am 28 and I work in logistics while finishing my university studies. I have always been a fan of flight simulators starting with Aces Series, Red Baron 2, and EAW.

Peter: My name is Peter “Indy” Balaz, age 34 and a geologist. I have two sons. Juraj says, without me the map is flat (he is right).

SimHQ: How did you get started making maps for the IL-2 series?

Juraj: In 2003 we made the Slovak dynamic campaign for IL-2 Forgotten Battles. It was released in 2004 as a part of IL-2 FB: Aces Expansion Pack. When the first 3rd party maps were announced like Kurland, we followed them enviously. Then in late 2004 here on theSimHQ Forums, Ian Boys (may his air victories will always be plentiful) half-promised to ask Oleg about Slovakia as next 3rd party map. Our excitement was sky-high!

Martin: Yes, it all started with a simple question addressed to Ian Boys here on SimHQ. So I do blame SimHQ for my losing 3 years of free time.

We have never worked on any map project before. We had no knowledge, no experience, just the desire and determination to give it a try. I did have some experience in 3D modeling of ground objects for EAW and later for IL-2 (V-2 rockets, MBV armored train, few tanks, Bofors guns, etc.). I have also initiated and managed the modeling of Avia B-534 and Letov S-328 (both were modeled by Viktor “Jutocsa” Szalai).

Peter: Juraj got me involved in the project, as soon as he learned about my profession. 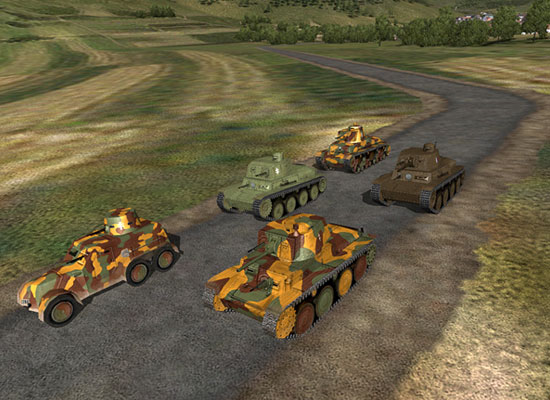 SimHQ: How much of the process is collaborative? Who else helped with the maps?

Juraj: The help of Ian Boys was crucial in the beginning to understand how to prepare the initial files needed for the map tool to generate the crude map. He did an easy manual for us and for the guys working on Italy. When we learned how to proceed, we continued by ourselves.

I and Peter “Indy” Balaz did the elevation model, water map, textures placement, rails and roads, cities and village location. Robert “Rik” Tenk did most of those textures, which make the map so believable and the majority of the object patterns for the cities and villages, which make them looking so realistic. Our “Letka 13” squadron leader Martin “Boose” Vrabel maintained the developer’s discussion forum and ftp, without which it would be impossible to coordinate the work. Some other guys from our Letka 13 squadron helped with the object placement, bug reporting and final beta testing.

Martin: Actually, the collaborative process was very natural and quite intensive in my opinion. Everyone involved in the map development assumed the role he felt most comfortable and helpful. I took over the responsibility and management of 3D modeling and was fortunate enough to cooperate with very talented individuals without whom we wouldn’t be able to reach such a quantity and quality of the new objects. I would especially like to thank Tero from Finland for his tireless modeling of churches and castles and Ray “Caspar” from Germany and Jesters-Ink from the Netherlands for giving me a helpful hand with textures. Later in the modeling process, Vladimir “Saqson” Kochmarsky took over the task of fixing and importing our ground objects into the game engine. Last but not least, we need to thank Oleg Maddox and his team for his patience with our project. We stretched the deadlines several times being unable to estimate accurately how much work and time such a map really needs. We plan to include all people involved in the map development in our credits list. In summary, I estimate that it took over 1000-1500 hours to get all the new objects into the game. This does not include their placement on the map itself. That could be easily another 500-1000 hours. 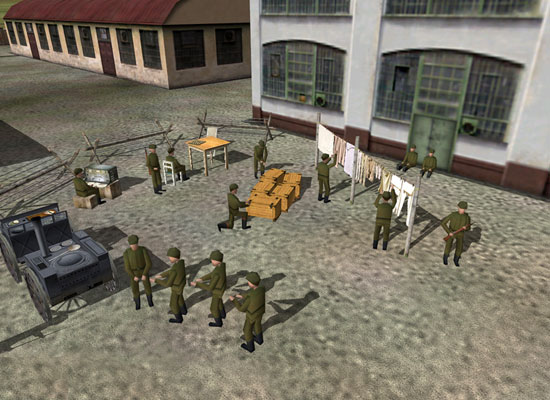