The Future of Warfare – Part 2

As a follow-up article to my first Future Of Warfare write-up in January, I selected the idea of doing an aerial reconnaissance and Unmanned Aerial Vehicles (UAVs) primer that addresses the significant UAVs including the Predator and its history. I referred to various sources in this article to provide the facts and figures, but information regarding the very latest systems is always subject to constant change and re-verification.

First, what is a UAV? Wikipedia provides a good working definition:

“An unmanned, aerial vehicle (UAV) is an unpiloted aircraft. UAVs can be remote controlled or fly autonomously based on pre-programmed flight plans or more complex dynamic automation systems. UAVs are currently used in a number of military roles, including reconnaissance and attack.”

Early versions of what were later called UAVs, or, Unmanned Aerial Vehicles, have actually been around since the early 1900s. It’s hard to believe given that the current trend has only been successful and popularized for a few years now. Of course, the first achievements were not like today’s high-tech gadgetry. They were simple remote-controlled aerial targets. The earliest known UAV was A. M. Low’s “Aerial Target” which debuted in 1916. Later on, the first scale RPV (Remote Piloted Vehicle) was developed by film star and model airplane enthusiast Reginald Denny in 1935.

During World War II, technology advancements meant this new interest in UAVs could be taken a step further. Remote-controlled airplanes were built and used to train anti-aircraft gunners. This was an invaluable training aid for new recruits in need of some much needed target practice. Manning a WW2-era anti-aircraft gun was anything but a mastered art so training was essential. All “drones” up to this point, were of course, propeller-driven. 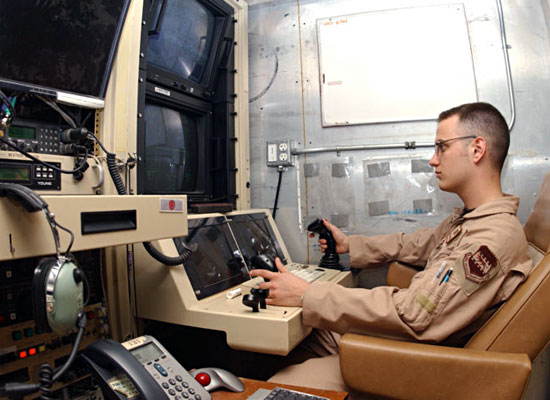 Shortly after the technology surge that surfaced during WW2, jet engine technology was applied to RPVs. Planes such as Teledyne Ryan Firebee I of 1951, emerged, but this was still all new so was of little consequence, at least until the Vietnam-era.

During the ’80s and ’90s, components had started to become much smaller and much better, and as with all things technologically superior, gained interest with the US military. The main advantage of such aircraft over standard ones was the fact that they would, or should, be much cheaper to manufacture, maintain and run — not to mention no need for aircrew members. First tier productions were largely of surveillance-type, and only had limited capability due to the still maturing avionics, radar and camera equipment.

We’re now into the 21st century and UAVs have taken on a whole new dimension. They are now so advanced that they are actually used not only for spying, but also, wait for it… actual combat. The MQ-1 Predator is probably the most recognized of this new type, designated UCAV (Unmanned Combat Air Vehicle). It is fitted with Hellfire air-to-ground missiles, and because of this, is capable of taking out large numbers of people, tanks, SAM threats and buildings.

Spy in the Sky Page 3

Spy in the Sky Page 4

Spy in the Sky Page 5

The Future of Warfare – Part 3