Doug: Are you ready to announce the 11 planes that will be included in Storm of War: Battle of Britain?

Oleg: First of all, it’s no longer the 11 we planned earlier but 17, and possibly a couple of more sub-variants. I’ll keep the exact list a secret for now though.

Doug: You’ve been quoted as saying, “Anti-aircraft guns would be available to players.”  Is this still true, and if so, how many and what types of guns? Will they all be stationary?

Oleg: It is true they will be available to players. At least one flak gun type for each side. Yes, they’ll be stationary for now. Although the Storm of War engine does support moving ground objects controllable by the player. 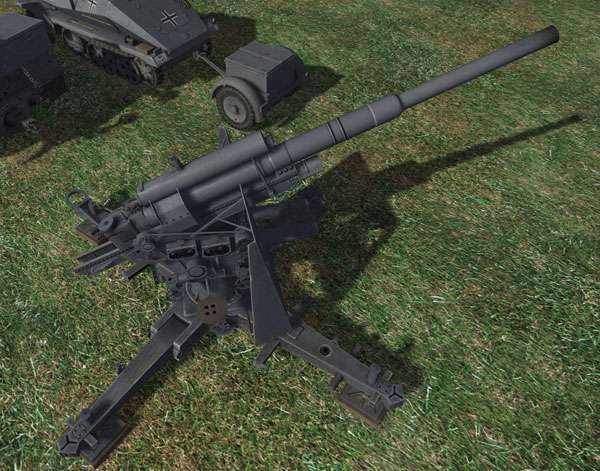 Anti-aircraft gun from Storm of War: Battle of Britain 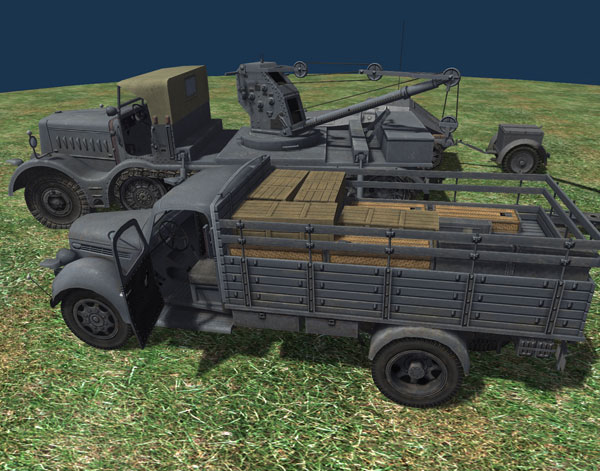 New vehicles from Storm of War: Battle of Britain

Doug: With a far more complex flight simulation and mission builder, have you thought about following-up the sale of the simulation with a for-purchase printed manual?

Oleg: I cannot answer that question yet. All I can say about it for now is this…

A flight school module should be integrated into the main menu, from basics of flight to gunnery training with a towed target. A stack of papers just can’t teach you to fly.

Things we are planning to publish will be rather expensive to make a hard copy of (SDK manuals, editors, converters, etc.) so they will also be available for free in an electronic format.

The rest does not take up a lot of volume (menu description, game settings, etc.) so I see no reason for it.

Yes, a published manual with pretty pictures looks good on paper, but it has very limited use in today’s digital world. Especially when your product is designed to be ever-expanding, printed hard copies outlive their worth very quickly.