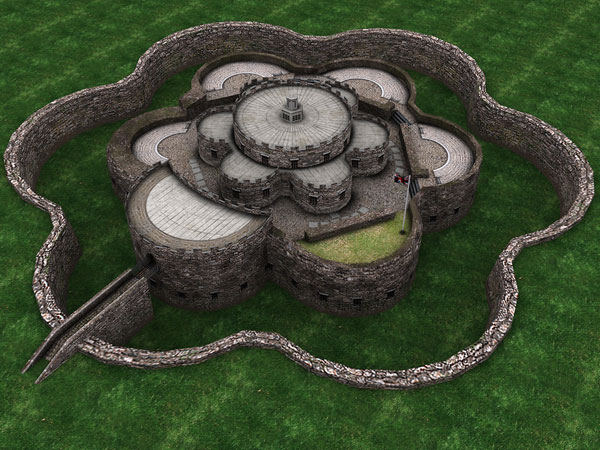 Doug: Can we see some development screenshots with people in them? We had men running from convoys in the IL-2 series that added a lot of atmosphere, and caused no hit to performance. Will we get to see them reprise and expand their roles as “placeable” units?

Oleg: I can’t yet tell you exactly what it’ll look like in the end. There will be people. There is skeletal animation. How much of it will be used in the first release, Storm of War: Battle of Britain, I cannot yet say.

For now I can show you our quality standard for ground troops. Aircrews will be somewhat more detailed.

The example below is from another game by 1C, Theatre of War II, but the artists responsible for the model in the screenshot are now working on human characters for Storm of War: Battle of Britain, built to the higher standard. We’ll have over a hundred different human models, and possibly up to 190, depending on how much we can do before we go gold.

Soldiers from Theatre of War 2. Human modeling in the
Storm of War series will be more complex and detailed.

Oleg: The image below is from Storm of War: Battle of Britain. It shows our attention for details well. Basically, all of the items will be used in the modeling of airfields (except for the tanks). The number of ground objects available in the Storm of War engine is significant. 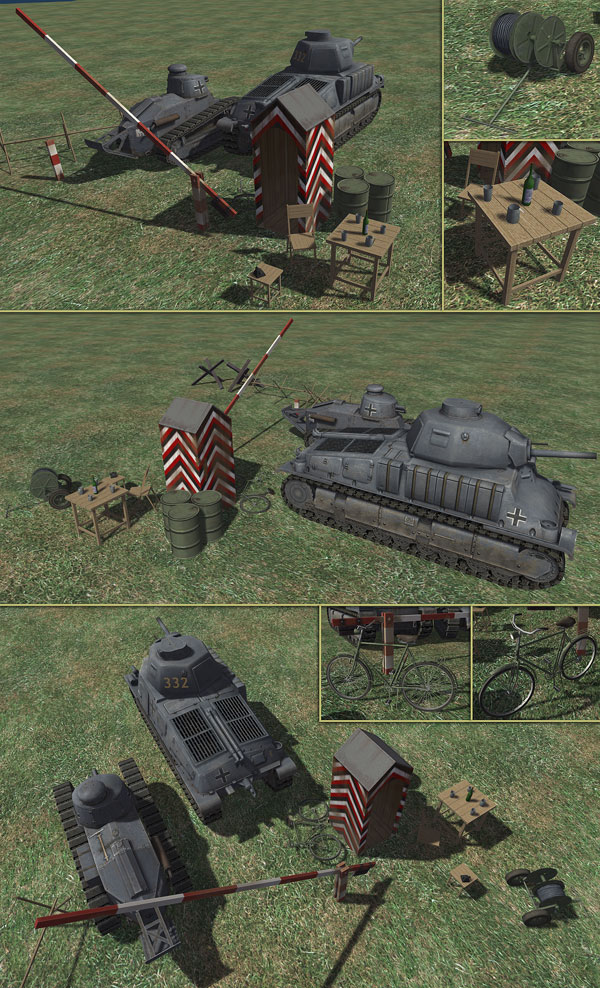 Some of the items used in the modeling of airfields (except for the tanks) from Storm of War: Battle of Britain.