The Second Report in our Preview Series

In our first article we kicked the tires and hopped in the Ka-50 and played around with hovering across the ramp and generally making a nuisance of ourselves around the airbase. Today we are going to take a brief glance at starting up the engines and we’ll take a short cross country flight around the local area to get an idea of what the Black Shark is like to fly during enroute operations. Again, this article, and the accompanying video are just a cursory glance at the Ka-50 systems and operations; Matt Wagner’s much more thorough Producer’s Notes are far more technical and he demonstrates a much greater degree of understanding of this very complex machine.

I’ve still only had a couple dozen or so hours flying DCS: Black Shark and much of that time has been dedicated to paging through the manual on my laptop while sitting in a static position on the ramp trying to figure out the admittedly complex avionics. After many hours of practice, I’ve finally got the APU and engine start-up procedures pretty much memorized. It still isn’t unusual for me to miss a switch here or there though, and I often have to hover the mouse pointer over a control panel and make sure the English “tool tip” verifies that I’m in the right spot. There are obvious differences between doing an abbreviated checklist start and doing the full on checklist that includes numerous systems checks and procedures. Each time I fly the Ka-50 I learn something new about it, invariably because I’m forced to look something up in the manual. 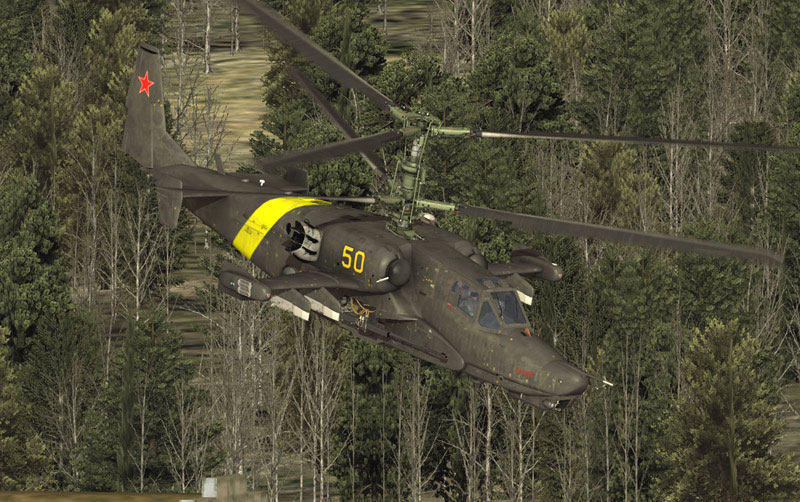 Much of my time in this particular session was devoted to learning a little bit about the navigation capabilities of the Ka-50. Despite having spent several days and many hours working on this write-up, I can honestly say I am only going to barely scrape the surface with this report. The two main systems I’ll be looking at today are the ABRIS Advanced Moving Map System and the PVI-800 Inertial Navigation Unit. Both of these units provide navigation data to the pilot, but they work independently of each other to provide navigation redundancy in the event of systems failure or damage. In general terms, the ABRIS is a satellite based navigation system, while the PVI-800 relies on inertial guidance to calculate position. As is the case with most INUs, the inertial system will develop errors over time that if not corrected will cause position uncertainty to grow ever larger.

Since the purpose of this article isn’t really to educate, I’ll skip the details, but suffice it to say that the INS and ABRIS modeling in this sim are just jaw dropping. At one point in the accompanying video you’ll see a demonstration of just how puzzling all of this technology can be if you don’t fully read and comprehend the manual.  It became a recurring theme: fly, hover, look in the manual, hover, look for switches, hover, check the manual again, set switches, continue. I stated it to the developers, and I’ll repeat it here: this is the most I’ve had to study a manual for anything I’ve flown in the simulated world, and approaches the level of complexity of some of the real aircraft I fly for a living. While exploring the capabilities of the inertial system I also fooled around a bit with the ABRIS and started to get a little more familiar with the different pages and sub-modes. I’m convinced I could write a year’s worth of articles on the ABRIS alone. The section of the manual that deals with ABRIS functionality currently stands at a staggering 114 pages. In my short flight today I covered maybe 1/100th of what the unit is actually capable of. 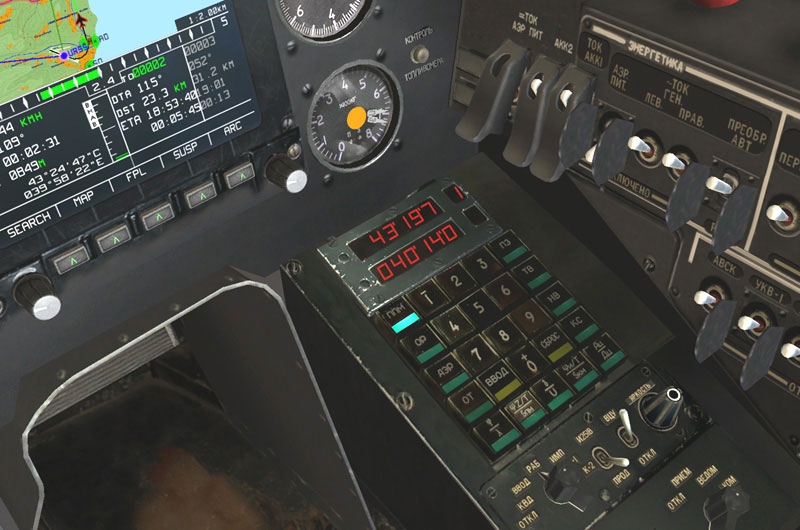 What I also learned during the preparations and flying of this mission is just how unforgiving a helicopter is to inattention or complacency. Having flown a lot of Longbow 2 and Enemy Engaged in the past, I’m no stranger to the fact that low altitude, high speed flying is hazardous to one’s health. Now take the difficulty of either Longbow 2 or EECH and multiply that times a factor of about 10 and you have an idea of why I look like a monkey juggling bananas while I’m in the Ka-50 cockpit. And the insanity of it is that I still haven’t even fired a weapon yet! I know it’s hard to believe, but I’m still concentrating on getting familiar with the aircraft before I can even start to think about using one of the weapons systems. Thankfully, I finally got to the part of the manual that deals with pilot aids such as hover hold and autopilot modes. Again, I’ve only barely skimmed the surface of what the system is capable of, but just the relief of being able to set up a stable autopilot managed hover while I do some consulting in the manual is quite an improvement. I can’t fathom how difficult it will be flying at combat airspeeds and altitudes, evading threats, employing weapons, and managing wingmen. Oh — and doing all of that at night in a thunderstorm.

Fortunately, the DCS: Black Shark manual is extremely comprehensive. It would be a real challenge for anyone to get into the cold & dark cockpit of the Ka-50 and actually manage to get it up and operating without referring to the manual for the first few occasions. Almost every question I’ve come up with has been answered by the manual, although like any technical manual, the answer is sometimes buried in the information that surrounds it. I’ve learned more about the Ka-50 by accident than study I think. If I dive into the manual to answer a question about the INS system I invariably come out with some inkling of how to work the ADF receiver. Getting distracted by all of the features is a lot of fun, and trial and error is a great way to discover new things you weren’t even aware of. Unfortunately, that can have a downside too however, like when you hit the shortcut key to drop the engine operating RPM while you are hovering in a tenuous spot when you meant to hit the zoom in key. Yes, it happened. Yes, there were flames. 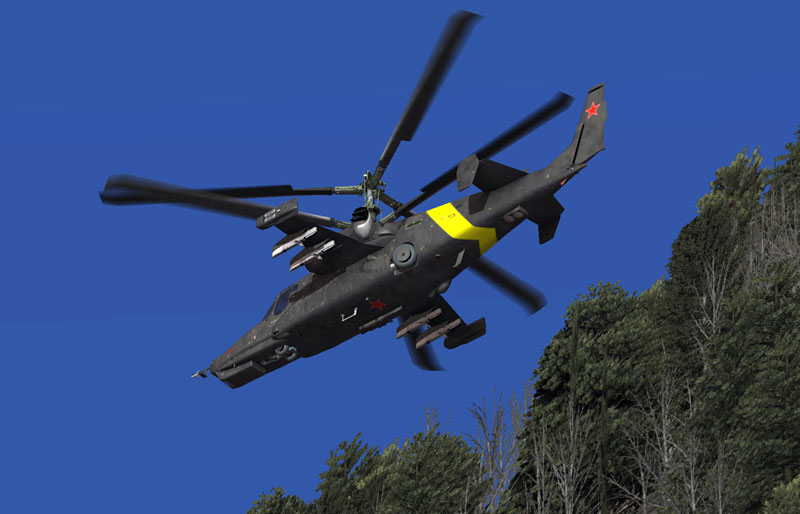 I did manage to make it around my short cross country. I learned how to use many of the flight plan functions of the ABRIS, and I definitely learned how to do the INS update since that was the primary focus of this learning session. Along the way I discovered a bunch of new features and glancing at my notepad I probably came up with more questions than I had answered. Learning the Ka-50 is very much a building block process, much like learning anything new is. I’d be lying if I said I was competent enough to just fly around right now. I don’t even know what all the warning and caution annunciators mean yet. I know what some of them mean, but that isn’t good enough. Learning the Su-25T in Flaming Cliffs was a fantastic journey through the training process for me. At the end of that self imposed course, I wasn’t even close to proficient, but I knew enough to actually start flying some combat missions. The Ka-50 is going to be a much harder task-master, but the learning process is extremely fun.

Here is a movie featuring some of the topics covered in this preview report. The zipped WMV video is 114 MB.

Many thanks to Eric “EricJ” Johnson for the custom SimHQ training skin!

Part One of the Black Shark Preview Series is here.